Water shortages in US West likelier than previously thought 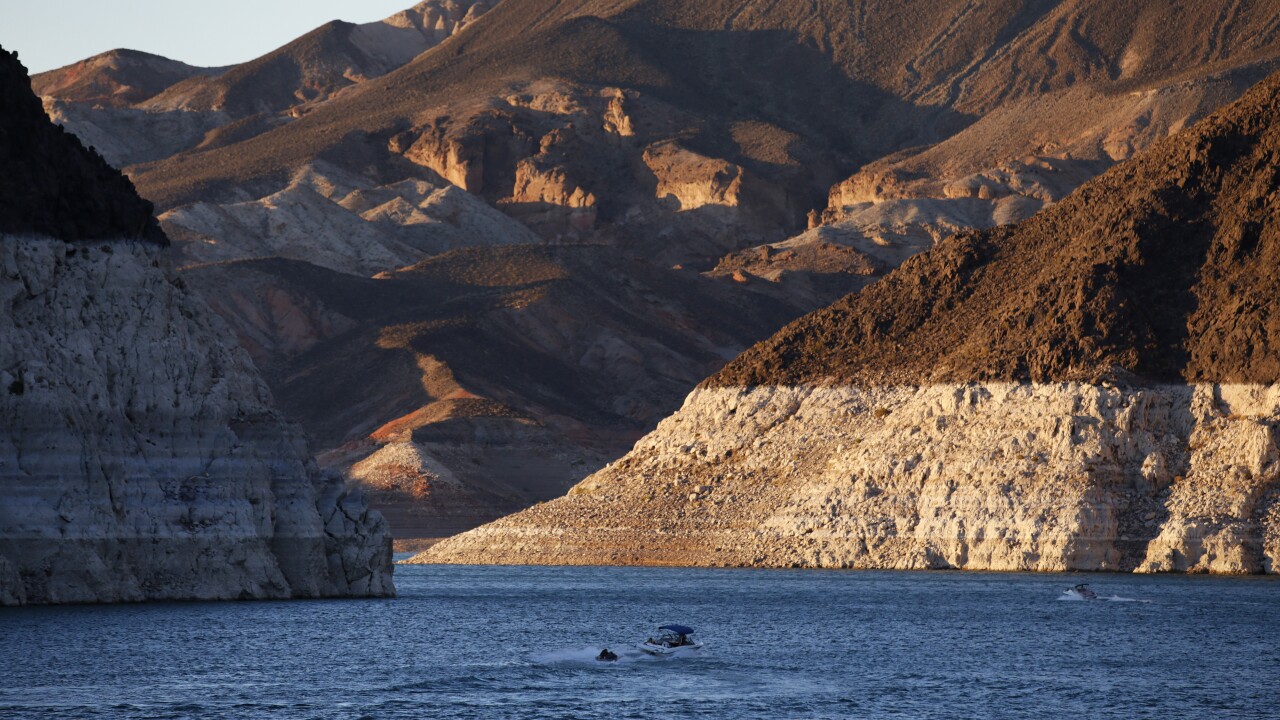 (Copyright 2020 The Associated Press. All rights reserved. This material may not be published, broadcast, rewritten or redistributed.)
John Locher/AP
FILE - In this July 20, 2014 file photo, a bathtub ring of light minerals shows the high water line near Hoover Dam on Lake Mead at the Lake Mead National Recreation Area in Nevada. Six states in the U.S. West that rely on the Colorado River to sustain cities and farms rebuked a plan to build an underground pipeline that would transport billions of gallons of water through the desert to southwest Utah. In a joint letter Tuesday, Sept. 8, 2020, water officials from Arizona, California, Colorado, Nevada, New Mexico and Wyoming urged the U.S. government to halt the approval process for the project, which would bring water 140 miles (225 km) from Lake Powell in northern Arizona to the growing area surrounding St. George, Utah. (AP Photo/John Locher,File)

Models released by the U.S. government suggest a future with less water may arrive sooner than previously projected for the seven states that rely on the Colorado River.

After a relatively dry summer, government scientists project Lake Powell and Lake Mead are 12% more likely to fall to critically low levels by 2025 than they projected in the spring.

Climate change and prolonged drought have compelled some cities and farms to conserve water to secure the river long term, but it remains overtapped.