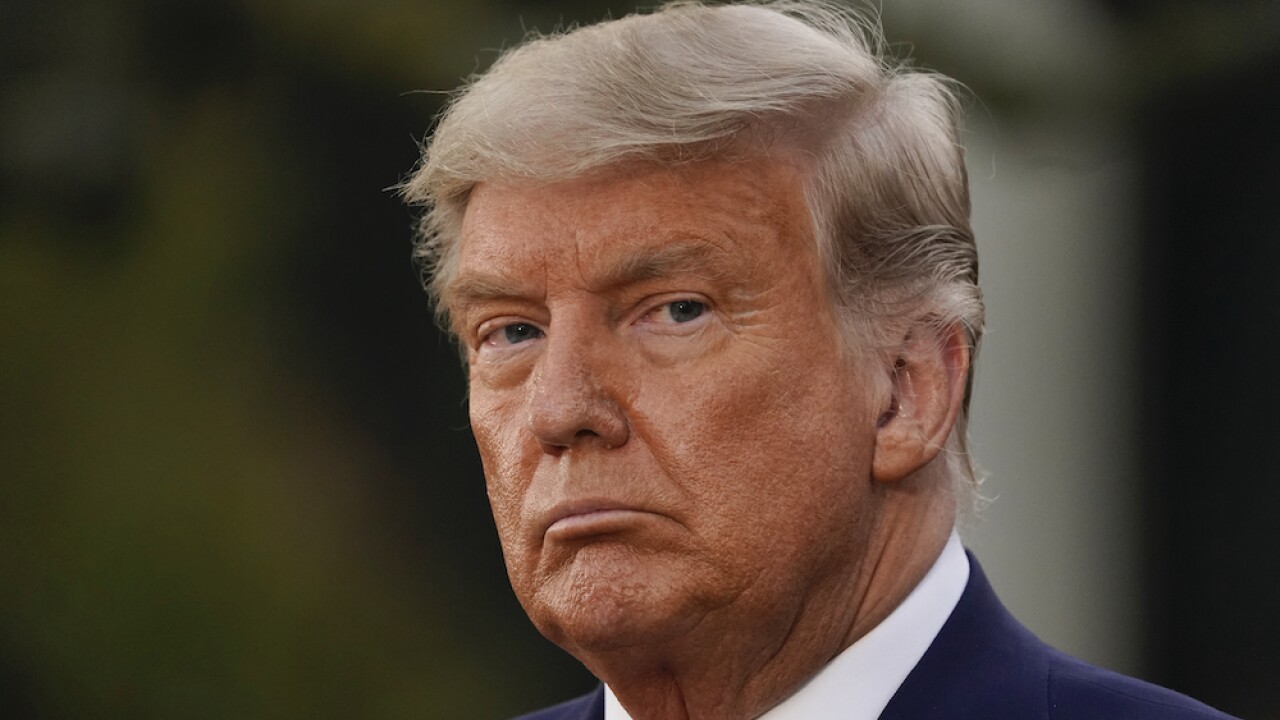 Copyright 2020 The Associated Press. All rights reserved
Evan Vucci/AP
FILE - In this Nov. 13, 2020, file photo President Donald Trump listens during an event on Operation Warp Speed in the Rose Garden of the White House in Washington. (AP Photo/Evan Vucci, File)

President Donald Trump is slated to give his first public on-camera comments in a week as the COVID-19 pandemic continues to rage and his legal team seeks to overturn the results of the 2020 election.

Trump's comments came during a press conference to announce two new regulations issued by his administration in an attempt to lower prescription drug prices.

According to The Associated Press, one of the regulations ties the cost of drugs administered in a doctor's office to the cost of drugs abroad. The other regulation requires that rebates for drug companies for medicines perscribed to Medicare reciptients go directly to patients.

It's unclear if the incoming Biden administration will keep the policy or chose to roll them back.

"I hope they keep them," Trump said.

Trump did not answer questions following the remarks.

Trump, who usually makes himself readily available to pool reporters at the White House, has held just a handful on-camera events since election night — one of which was a Veterans Day appearance at Arlington National Cemetery.

He has not fielded questions from reporters directly since prior to Election Day.

Prior to Friday, the last time Trump appeared on camera was Nov. 13, when he delivered remarks from the Rose Garden to tout the success of COVID-19 vaccine development.

Trump's appearance came as he continues to seek to overturn the results of the 2020 presidential election. On Thursday, Trump personally called Republican election officials in Wayne County, Michigan, to express his support for their attempt to undo their certification of election results in the county. Also, on Thursday, Trump's personal lawyer Rudy Giuliani delivered a lengthy, ranting press conference at which he alleged widespread voter fraud but presented little evidence to support his claims.

The president's media brownout comes as COVID-19 spreads in the U.S. at rates not seen since the pandemic began. The country set a record in new daily recorded cases on Thursday — the eighth time it's broken that record this month — and recorded 2,000 deaths linked to COVID-19 for the first time since May.