California study looks at cost of PPE shortage, in dollars and Covid-19 cases 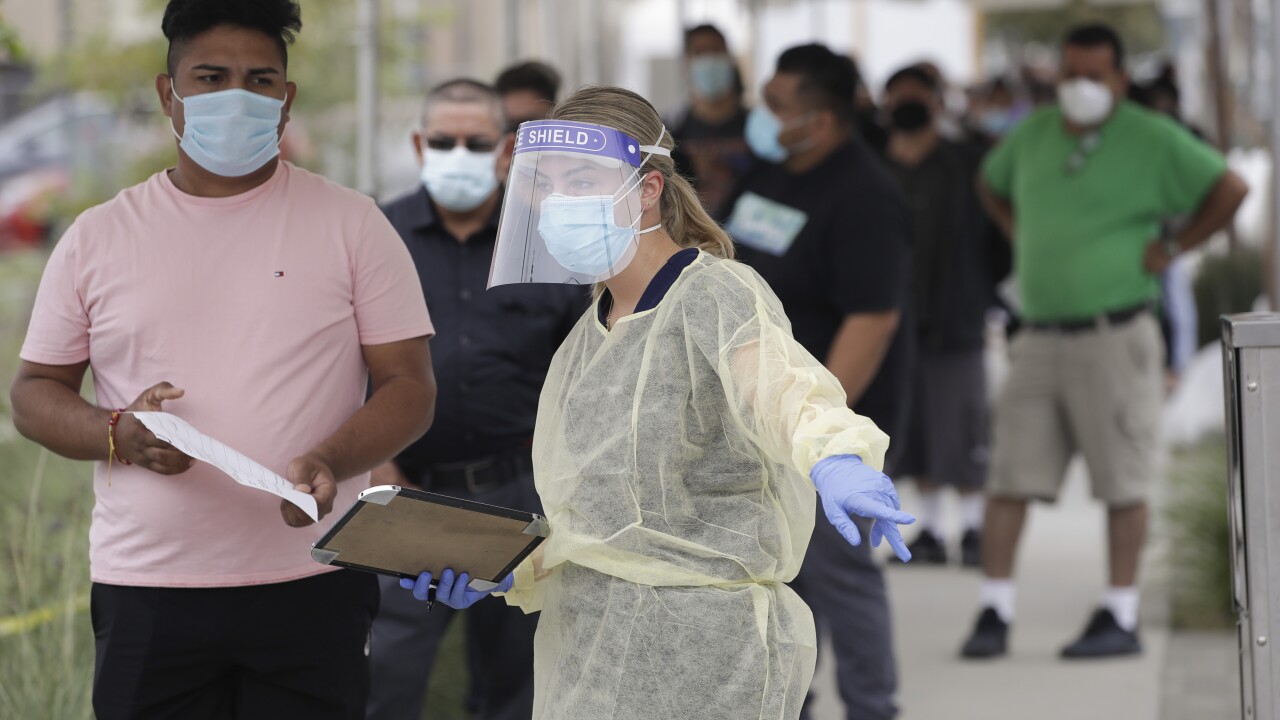 Copyright 2020 The Associated Press. All rights reserved.
Marcio Jose Sanchez/AP
FILE - In this July 22, 2020, file photo, people line up behind a health care worker at a mobile Coronavirus testing site at the Charles Drew University of Medicine and Science, in Los Angeles. As the world races to find a vaccine and a cure for COVID-19, there is seemingly no antidote in sight to the burgeoning outbreak of coronavirus conspiracy theories, hoaxes, anti-mask myths and sham treatments. (AP Photo/Marcio Jose Sanchez, File)

Having an adequate supply of personal protective equipment could have saved the state of California hundreds of millions of dollars and stopped roughly 18,000 essential workers from getting the coronavirus, according to a new study from the University of California Berkeley.

Researchers at the school looked at the cost of PPE and the early costs and infection rates of coronavirus in California. They conclude with a recommendation that the state stockpile PPE for a future pandemic.

The team’s first data point is based on supply and demand; purchasing PPE when it is not high in demand, then saving it for when it's needed. According to the study, the cost of purchasing the same amount of PPE when there was not a global demand would be 17 percent of what the projected cost is now during the pandemic.

“Maintaining the stockpile would be cheaper than real-time purchases even if it was not needed for another 35 years, and even if we were fortunate enough to not need the stockpile for longer than that, it would be a highly financially prudent form of insurance,” the researchers stated.

Between mid-March and mid-July, roughly 250,000 healthcare workers in California filed for unemployment benefits because there was not sufficient PPE for them to go to work.

For each week those healthcare workers could not report to work, it cost the state $93 million in unemployment benefits. The researchers conclude millions could be saved by having the personal protective equipment available.

Looking at rates of infection and studies from Europe showing transmission rates at hospitals, Berkeley researches believe almost 18,000 coronavirus cases among essential workers could have been prevented with an adequate supply of PPE.

“If those worker cases had been avoided, an estimated 3,030 secondary cases among household members could have also been avoided, thus totaling at least 20,860 cases that could have been averted,” the study states.

A separate survey conducted in June and July asked California’s skilled nursing facility staff about equipment; more than 20 percent reported still having inadequate supplies of PPE, and 80 percent said they were very or extremely concerned about workplace infection.

The Berkeley study also appears to give support to California Senate Bill 275 as amended in July 2020, that “would require the state to create a PPE stockpile sufficient to protect healthcare and other essential workers for at least 90-days of a future pandemic or health emergency.”