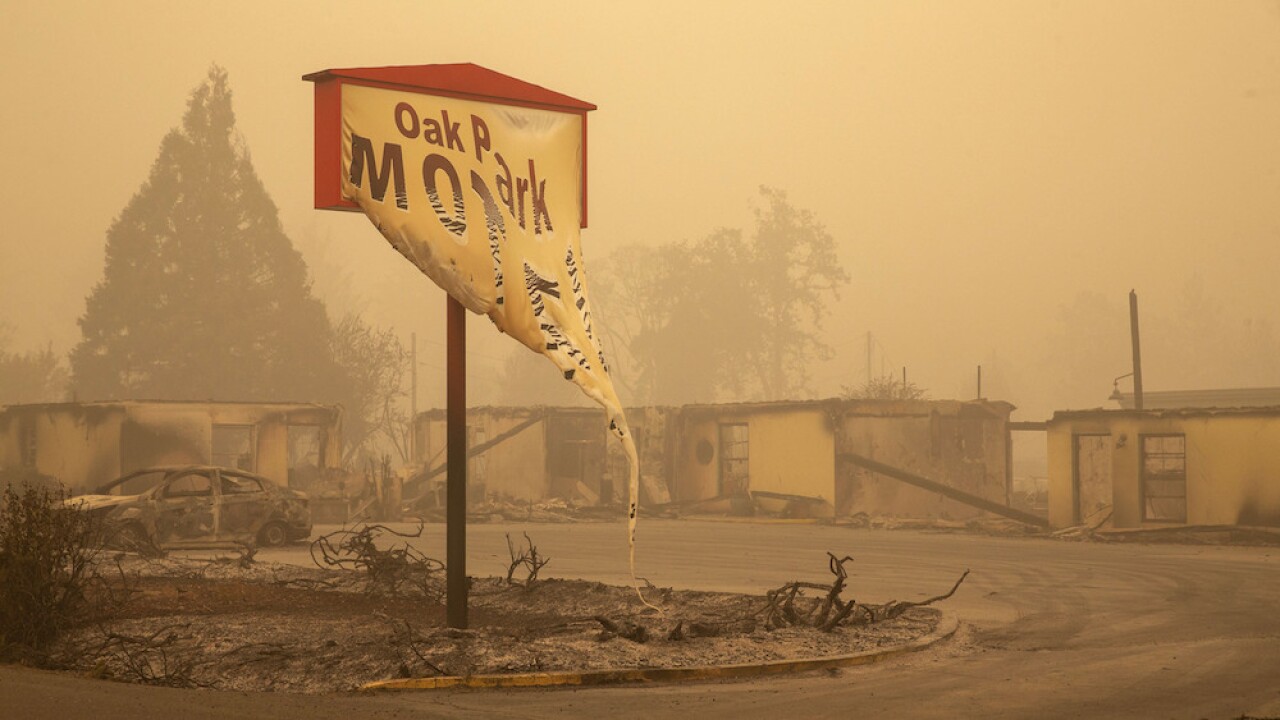 BEAVERCREEK, Ore. — Warnings of strong winds that could fan the wildfires on the West Coast have added urgency to firefighters' efforts.

The alerts stretch from hard-hit southern Oregon to Northern California and last through Monday evening.

Authorities say nearly all the dozens of people reported missing after a devastating blaze in southern Oregon have been accounted for, but the fires have killed 35 people from California to Washington state.

Across California, Oregon and Washington nearly 100 wildfires have burned 4.5 million acres of forest. The flames have turned homes into rubble, forced tens of thousands to flee and shrouded the region with smoke so thick that air quality was some of the worst in the world.

Many residents were forced to flee their homes on a moment's notice.

"It gives you a feeling of helplessness, and you don't know who to turn to, and where to go and what to take from the home," Allen Dadour, a California resident, told CNN.

President Donald Trump is expected to receive a briefing on the ongoing crisis while in the Sacramento area on Monday. Democratic presidential nominee Joe Biden will deliver remarks regarding the fires and his campaign's environmental policy from his home state of Delaware this afternoon.