Home sourdough bread bakers are on the rise, but the professionals have some tips 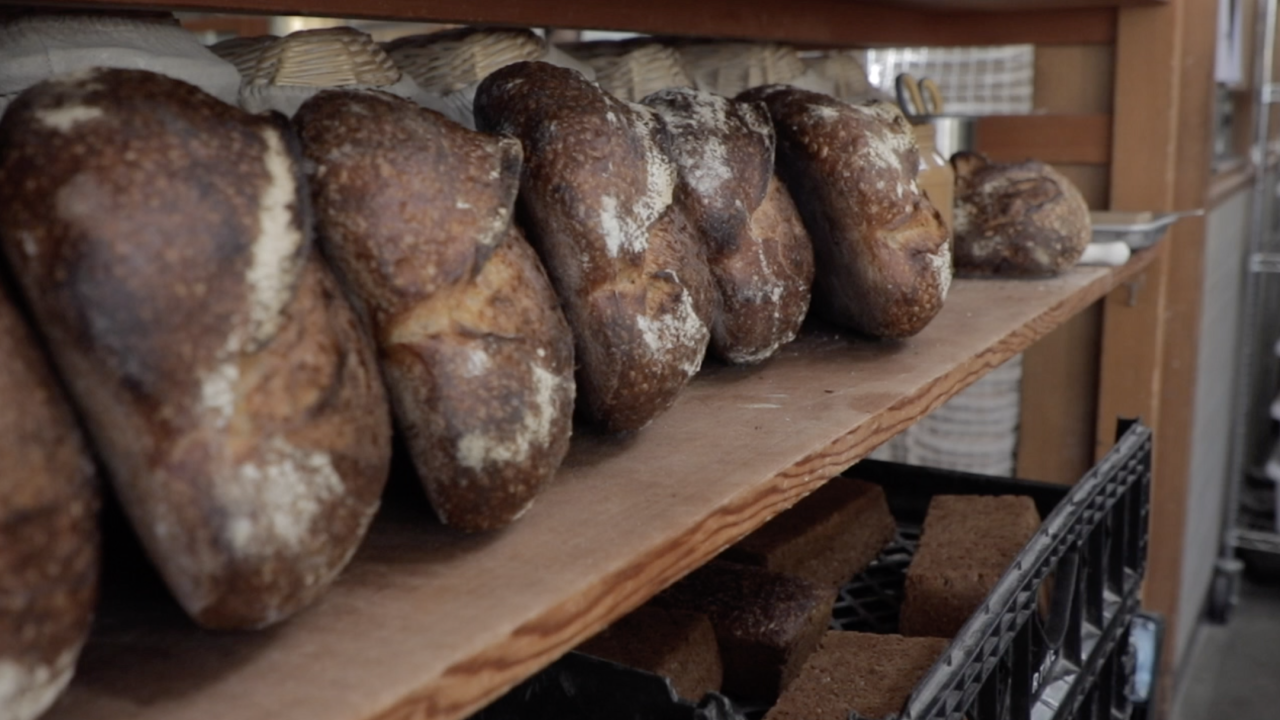 The "City by the Bay" is known for more than a few things. Treacherous hills, cable cars, golden bridges and…

Sourdough bread, which is San Francisco’s not so well-kept secret for at least the last 150 years, if not longer. Just ask Jen Latham.

“The Basque country, which is that region kind of in between France and Spain, has an amazing tradition of this exact style of bread, like that very crusty, very wet, very open crumb bread. And during the gold rush and just after the gold rush, there was this huge influx of Basque people to the to this area. They brought that tradition of bread here,” said Latham.

Latham is the head of Bread at Tartine Bakery in San Francisco.

Ever since San Francisco boomed in the mid 1800’s with the gold rush, the city has been a haven for the sour bakers. The tradition is alive and well at Tartine.

What makes sourdough different than other bread? It’s this little thing called a starter.

“It’s a paste of flour and water that’s inoculated with the right balance of yeast and bacteria to raise dough,” said Latham.

Yup just mix a little flour and water and let it collect the natural bacteria in the air and you too can have your very own sourdough starter. And since the onset of the COVID-19 pandemic people have.

People at home have been making, feeding, and nurturing their own starter at home.

“Hopped on the bandwagon during COVID, just like millions of people probably did. Kind of found some blogs and started from there but it’s been going since like April,” said TC Jamison, a home baker.

Jamison started his starter six month ago when the lockdowns were in full swing. He’s been baking and feeding it ever since.

“You’re dealing with something that’s alive, so it’s going to be different every time,” said Jamison.

Yup, feeding it fresh flour and water every day, for six months. It’s a lot of work.

“The starter has been going, the one that we use now for well over 20 years,” Latham explained.

So Jamison has a little ways to go. Some bakeries in San Francisco have had an ongoing starter for more than 150 years.

But Jamison has a pretty special goal for his starter.

"My daughter was born in June. I was pretty hell bent on keeping the starter going before she was born and then afterwards. So now I can always say, that’s been around since before you were born,” he said.

That will go down in the dad joke hall of fame.

At Tartine, they’ll continue to shape, fold, and flour their way into the fabric of San Francisco sourdough history.