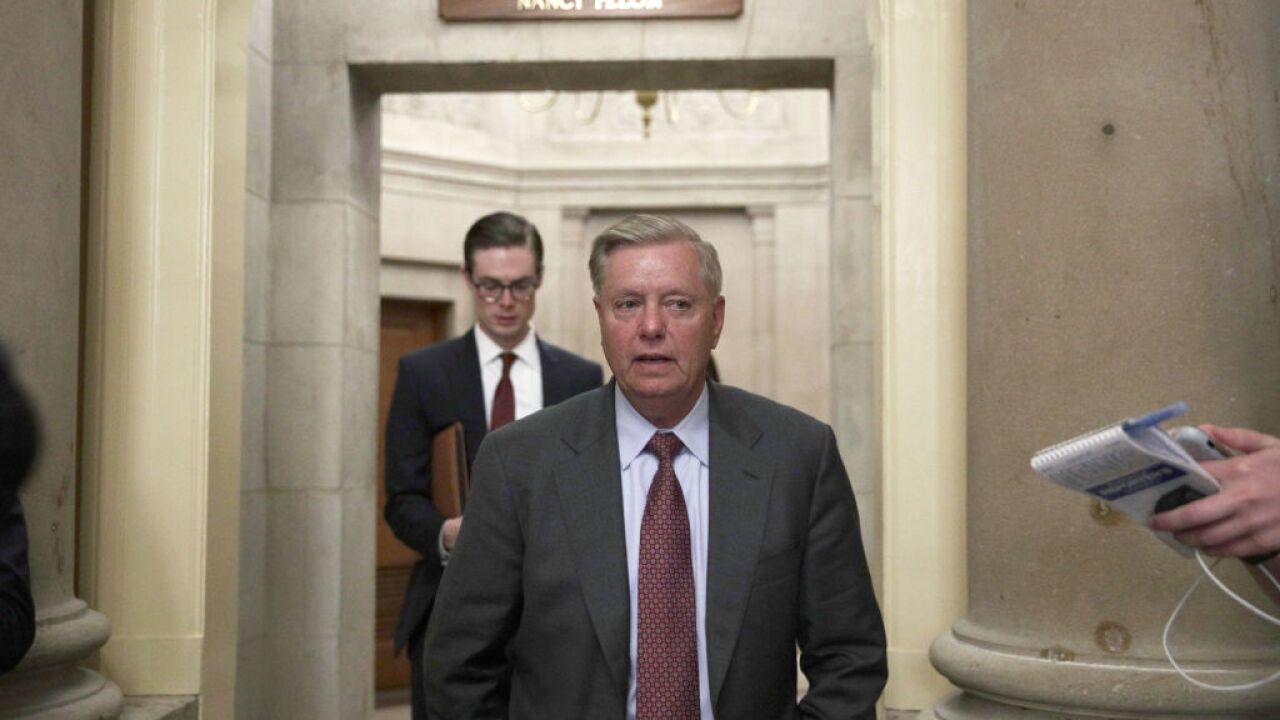 Sen. Lindsey Graham of South Carolina was pranked by two Russians pretending to be Turkey's minister of defense in an August phone call, his office said on Thursday.

A spokesperson for Graham confirmed to CNN that the South Carolina Republican spoke with Russian pranksters Alexey Stolyarov and Vladimir Kuznetsov in a conversation he thought was with Turkish Defense Minister Hulusi Akar.

"We have been successful in stopping many efforts to prank Senator Graham and the office, but this one slipped through the cracks," Graham spokesman Kevin Bishop said. "They got him."

According to audio of the call provided to Politico , Graham calls the Kurds a "threat" to Turkey -- a label that appears to contradict his public statements in recent days regarding President Donald Trump's decision to pull American troops out of the way of a Turkish invasion of Syria. The attack has been widely condemned by lawmakers on both sides of the aisle for putting American allies, such as the Kurds, in harm's way.

"Your YPG Kurdish problem is a big problem," Graham told the pranksters in reference to the Kurdish People's Protection Units. Politico reports the pranksters have suspected ties to Russian intelligence.

"I told President Trump that Obama made a huge mistake in relying on the YPG Kurds," Graham continued. "Everything I worried about has come true, and now we have to make sure Turkey is protected from this threat in Syria. I'm sympathetic to the YPG problem, and so is the President, quite frankly."

The comments appear at odds with the senator's previous rhetoric on the conflict, including a tweet Wednesday in which he directed followers to "pray for our Kurdish allies who have been shamelessly abandoned by the Trump Administration."

In a second phone call, a few days after the first, Graham told Stolyarov that he met with Trump and discussed the initial call. Graham relayed the message from Trump that he wants a "better relationship with Turkey."

On Monday, Graham blasted Trump over his decision to remove US troops from northern Syria as Turkey plans a military offensive in the region, saying it was "shortsighted and irresponsible."

"This impulsive decision by the President has undone all the gains we've made, thrown the region into further chaos. Iran is licking their chops. And if I'm an ISIS fighter I've got a second lease on life. So to those who think ISIS has been defeated you will soon see," Graham said during an interview on Fox News' "Fox and Friends."

Bishop said Graham's statements in the call are in line with his desire for a stronger relationship between Turkey and the US.

"With Turkey's invasion into northern Syria the drive for better relations between our two countries has suffered a body blow," Bishop said. "Turkey should immediately withdraw their military forces and America should reinstitute the safe zone concept to keep the peace in the region. Until this is done, Senator Graham will continue to push for severe, biting sanctions against Turkey."

CNN reported earlier Thursday that Giuliani used a 2017 Oval Office meeting with Trump to press Rex Tillerson, then-secretary of state, to support a prisoner swap to resolve the Justice Department's prosecution of Zarrab who was accused of violating Iran sanctions. Tillerson refused because it would constitute interference in an ongoing investigation.

Graham also suggested to Stolyarov on the prank call that Trump would try to be helpful "within the limits of his power" to Turkish President Recep Tayyip Erdogan on the Zarrab case.