With homes obliterated by the EF-4 tornado in Putnam County, some residents who had their houses spared are experiencing survivor’s guilt.

COOKEVILLE, Tenn. — After dozens of homes were obliterated by an EF-4 tornado in Middle Tennessee earlier this week, some residents in one of the hardest-hit areas, Putnam County, are experiencing survivor's guilt.

Kimberly Frick-Welker lives at the end of Echo Valley Drive, one of the hardest-hit areas in Cookeville. She finds herself doing what she can to help her neighbors, knowing how lucky she was.

"You walk up here and know there were families in these homes. They've lost everything, and you go back to your home, you don't have power and water and that seem so insignificant," Frick-Welker said.

She and her husband spent the majority of Thursday consoling and assisting other residents. Frick-Welker doesn't know yet if she'll do counseling with how heavy the burden feels right now.

"You just have this wide range of emotions, from feeling fortunate to feeling very guilty that your home wasn't harmed," she said.

Homeowners painfully realize how unrecognizable their neighborhood is as piles of debris get higher. Cookeville was flooded with thousands of volunteers eager to help the day before, but the streets emptied out on Thursday per the orders of authorities. Crews needed space cleared to continue the arduous effort to restore power and fix electric lines. 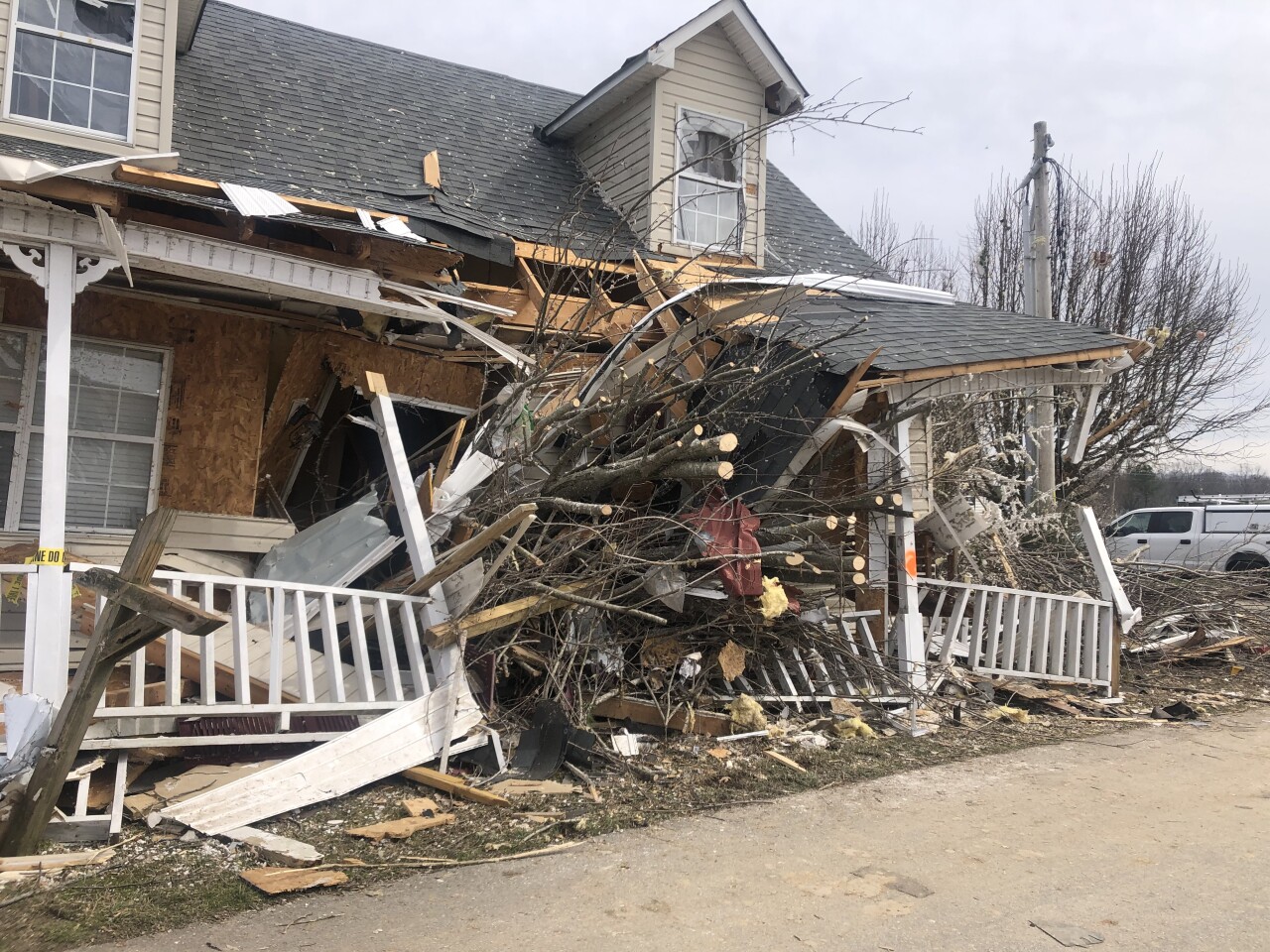 David Gorchoff was seen dumping out his belongings after his home was lifted and moved 60 feet up to the edge of the road by the tornado. Two large trees stopped it from moving any further. Gorchoff was hiding in the bathroom with his dog at the time.

"The whole house was shaking and moving. I didn't realize it moved the entire house until I made it out," he said.

As someone who helped in the wake of massive flooding in Nashville in 2010, Frick-Welker asks those who want to help to come back later.

"Save your vacation days, whatever it is. Wait another week or two weeks even a month down the road because there's still a need for cleanup," she said.

This story was originally published by Matthew Torres on WTVF in Nashville.