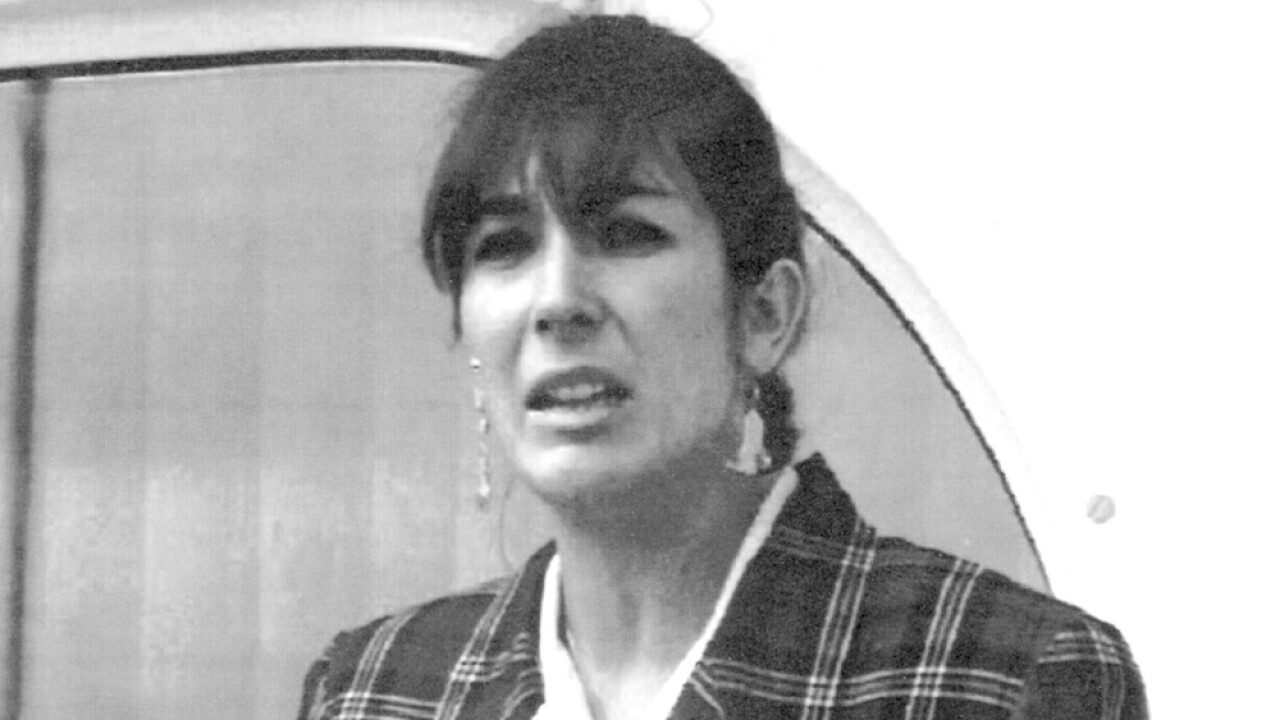 Copyright 2019 The Associated Press. All rights reserved.
Dominique Mollard/AP
FILE - In this Nov. 7, 1991, file photo Ghislaine Maxwell, daughter of late British publisher Robert Maxwell, reads a statement in Spanish in which she expressed her family's gratitude to the Spanish authorities, aboard the "Lady Ghislaine" in Santa Cruz de Tenerife. Maxwell, a British socialite who was accused by many women of helping procure underage sex partners for Jeffrey Epstein, has been arrested in New Hampshire, the FBI said Thursday, July 2, 2020. (AP Photo/Dominique Mollard, File)

In an interview with Axios, which aired on Monday evening, Trump was asked by reporter Jonathan Swan to clarify comments he made during a July 21 press briefing in which he sent well wishes to Maxwell.

Trump said he "didn't know" about Maxwell's charges. He added that "her friend or boyfriend" — Epstein — "was killed or committed suicide in jail."

"She's now in jail. Yeah, I wish her well," Trump said. "I'd wish a lot of people well. Good luck. Let them prove somebody was guilty."

1. Let's take a look at what the president said about Ghislaine Maxwell in his interview with @jonathanvswan.

Swan asks the president about his comment 11 days ago when he said "I wish her well" in response to a question about Maxwell pic.twitter.com/Cjwfnd5D55

When Swan asked Trump to clarify if he meant that he hoped Maxwell didn't die in jail, Trump again returned to the Epstein case.

"He died in jail, and people are still trying to figure out, 'How did it happen? Was it suicide, was he killed?'" Trump said.

Maxwell was arrested in July and charged with child sex trafficking and lying to the FBI. U.S. attorneys allege Maxwell helped Epstein recruit young girls into a sex trafficking ring.

Epstein was arrested in 2019 on trafficking charges. He was found dead in his jail cell about a month later, following his arrest. His death has since been ruled a suicide.

Several high-profile leaders have been implicated in Epstein's sex ring, including Prince Andrew and former President Bill Clinton. Both deny the allegations against them.

Even Trump himself spoke highly of Epstein at one point in his life. In a 2002 New York Magazine story, Trump said that Epstein was a "terrific guy."

"He's a lot of fun to be with. It is even said that he likes beautiful women as much as I do, and many of them are on the younger side. No doubt about it -- Jeffrey enjoys his social life," Trump said in the article.