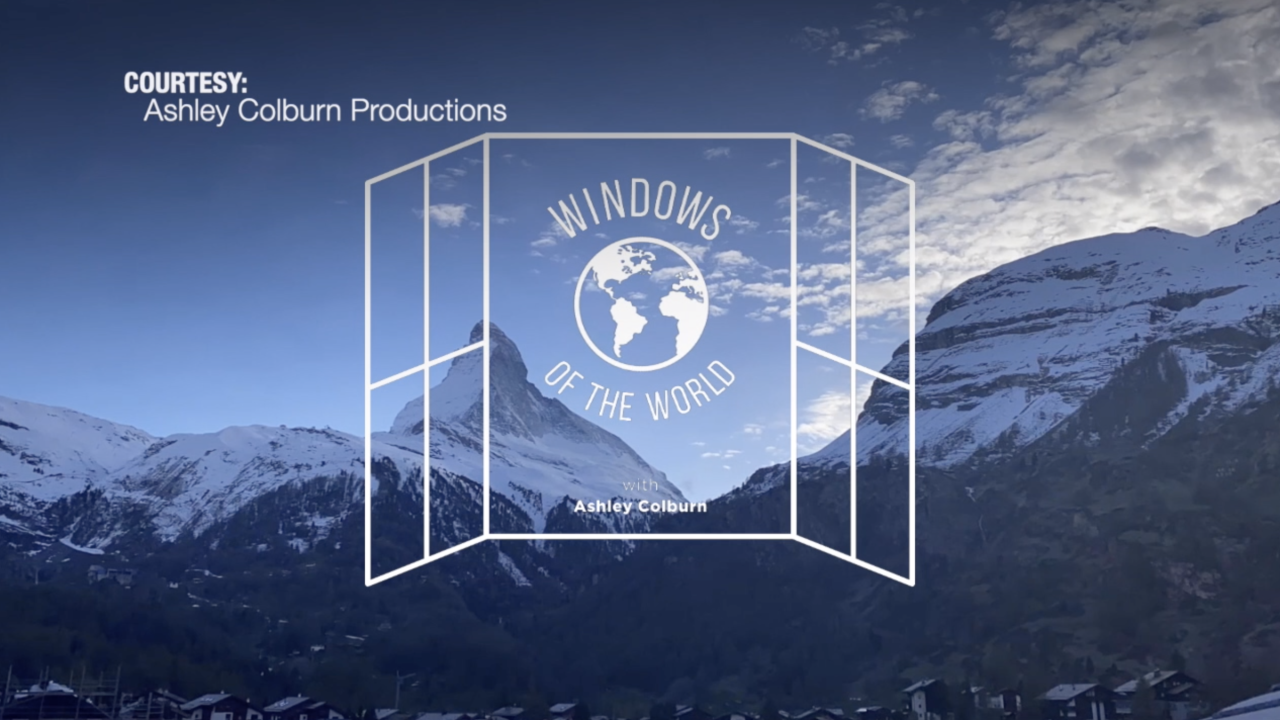 Ashley Colburn is an international TV host, producer and travel expert. You can find her shows on different networks around the world, cruise ships, airlines and YouTube.

She’s a San Diego native, but she now lives in Istria, Croatia – a place not too far from Italy. When the global coronavirus craziness started in early March, her schedule – which is usually planned a year in advance – was changing by the day.

“Things were starting to get canceled left and right," Colburn said. "I had no more projects. And then I remember waking up one morning and I had a text from my mom and it was right after the travel ban was mentioned from Europe and so it was kind of a sudden shock – wait do I come home, is everything going to get canceled – there was just so much unknown. But I didn’t want to get trapped doing nothing in an apartment in Europe where you can’t leave, you know, because this is what was happening in Italy.”

So, she flew home to California and isolated herself with family. Normally at this time she’d be traveling from one country to the next filming TV shows, but like the rest of the world, Ashley has been forced to stay put and shelter-in-place. She’s now been in San Diego for 10 weeks and counting.

“I’m always on the move. And so, I will say that there are always those to-do lists.”

Since her travel itch hasn’t gone away, she feels like it’s her responsibility to keep people connected to the rest of the world when they can’t travel.

“We just have to be creative now as travelers and come up with other ways of sharing the world with people and inspiring them to still travel one day,” Colburn said.

She’s inspiring people through “Windows of the World”.

“I figured – I have contacts across the entire world. And so I thought ‘well if they’re stuck at home and I’m stuck at home, I’ll order in a studio from Amazon’ – and I started just calling them through Skype and I would film these conversations about what the situation is like there, and I would have them show the view.”

“Windows of the World” is a YouTube series intended to help people travel virtually. She hopes to teach people about different cultures, and the power of human connection during a pandemic.

“So far, I’ve talked to people in Rwanda, in Croatia of course – Dubrovnik, Croatia – in Jordan, I’m just about to release one in Slovenia, and I even spoke to an Amish family here in the states,” Colburn said.

Ashley has plans to film in Egypt this fall and she’s considering many different options to continue her work.

However, she says now is the best time to reflect on the trips you’ve taken in the past – making sure you don’t take any future trips for granted.

“I think even for a traveler it’s good to kind of sit back and take a look at your life that you had around the globe and actually appreciate all those moments that you had.”