World's oldest man, who said secret to longevity was smiling, dies at 112 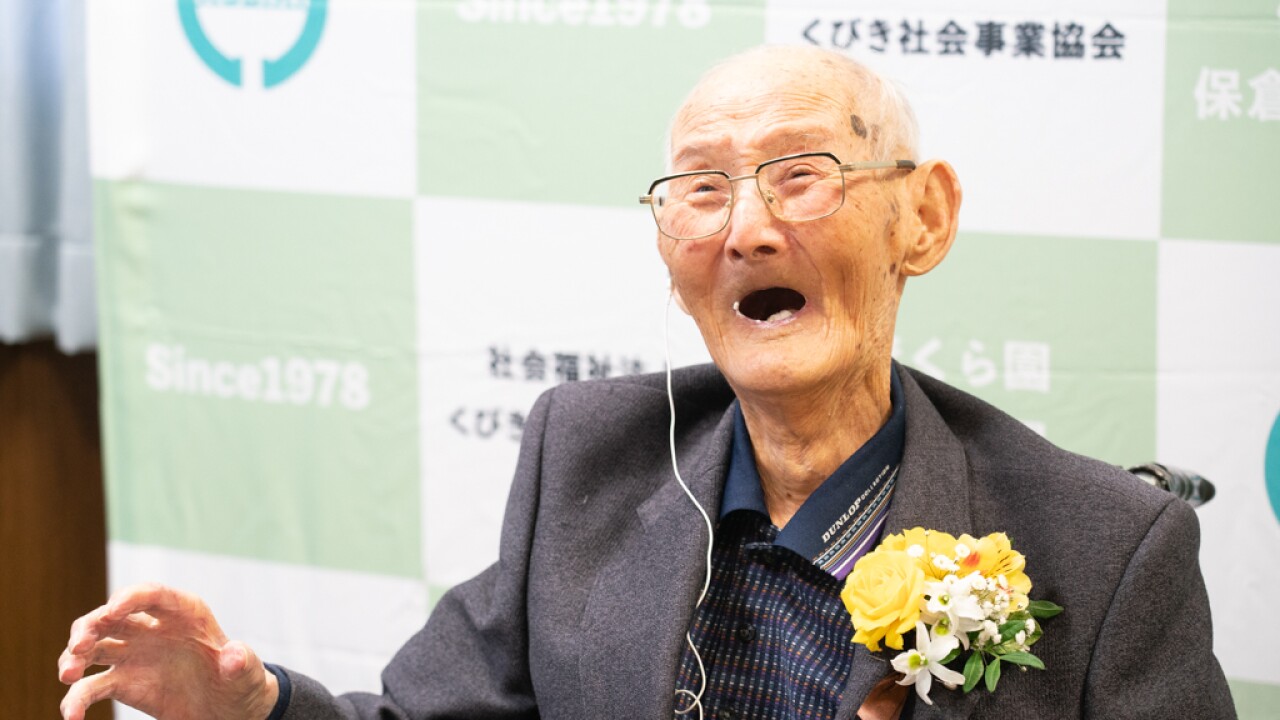 A Japanese man who received his certificate as the world's oldest man with a raised fist and big smiles earlier this month has died at 112.

We are saddened to learn of the passing of oldest man Chitetsu Watanabe, who was presented with his record title just two weeks ago. Our thoughts and condolences are with Mr. Watanabe’s family. https://t.co/e6hTPINL79

National newspaper Mainichi cited his family as saying he had not been able to eat recently and developed a fever and difficulty breathing.

Watanabe worked many years for a prefectural government in northern Japan. He grew fruit and vegetables on the family farm and loved cream puffs and bonsai. Guinness said that he worked in the farm until he was 104.

On Feb. 12, Gunness presented him with a certificate certifying him as the world's oldest man at 112 years and 344 days. At the time, he was four years shy of the all-time record for oldest man — 116 years and 54 days, a record held by countryman Jiroemon Kimura.

In 2019, Watanabe told a local paper that the secret to his longevity was "to not get angry and keep a smile on your face."