Pink’s Daughter, Willow, Has A New ‘punk Rock’ Haircut And She Looks Adorable 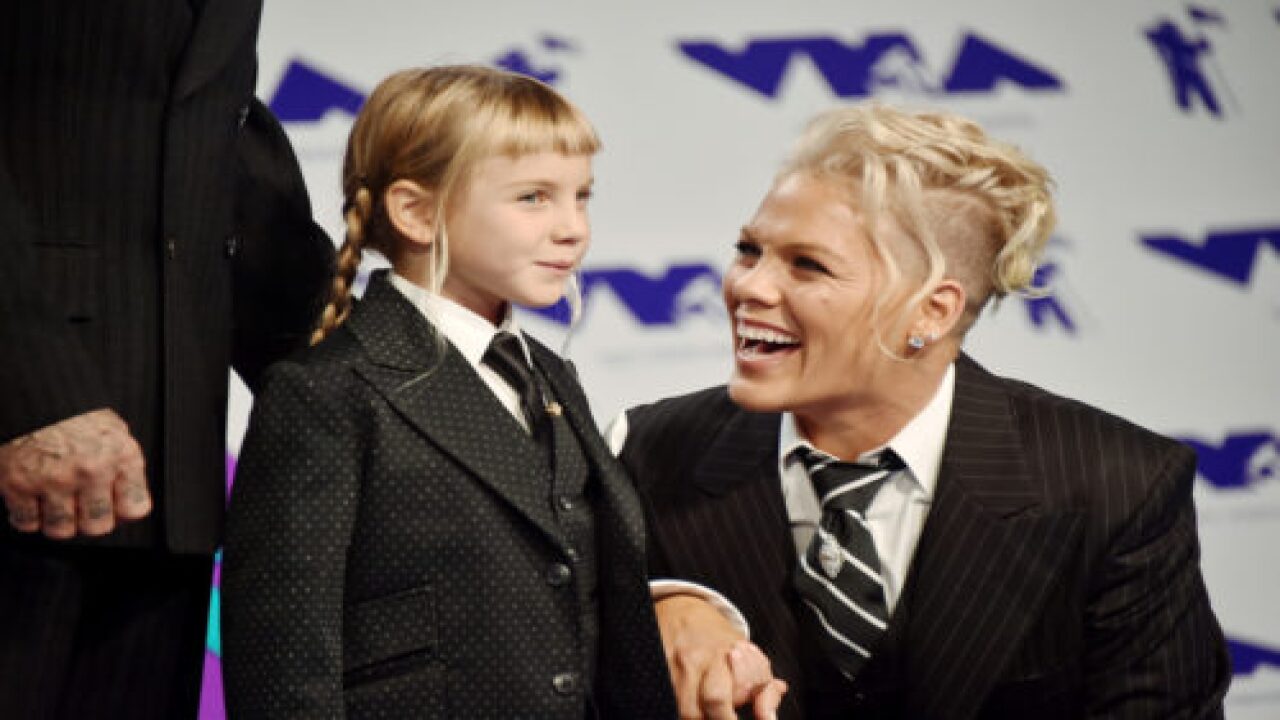 Pink’s daughter is looking more like the world-renowned singer every day. Willow Sage Hart, just 8 years old, is sporting a new haircut that shows just how fierce she is. Her dad, motocross racer Carey Hart, shared an Instagram photo of his daughter getting the punk-rock look and wrote that he’s proud of her.

“Remember everyone, fly your own flag,” wrote Hart. “There is no box to be put in. It’s better to be your own self.”

Check out the photo below and read more of the empowering message Hart had for his daughter:

Loving my punk rock daughter. Remember everyone, fly your own flag. There is no box to be put in. Its better to be your own self. Own it, and love it. And if anyone has a problem with it, tell them (politely) to move on. Cant wait to see the woman you grow up to be. I have a feeling you are gonna be strong, fierce, companionate, and caring. I’m so proud of you, willow.

Born in 2011, Willow has led a busy life alongside her parents in Hollywood. She’pink willows appeared in a couple of Pink’s music videos and is a singer on two tracks on the album “The Truth About Love.”

She’s well-recognized and has been seen with her parents at awards shows and other events.

Her mom even says Willow has been the inspiration for some of her songs!

Though, clearly, Willow isn’t merely a muse. She’s also a star in her own right. She’s appeared in several of Pink’s music videos and, on top of all that, have you heard Willow singing on the album “The Greatest Showman Reimagined?” It’s gorgeous. You can see Pink and her daughter recording it in this Atlantic Records YouTube video, which is adorable and also a heartwarming glimpse into the amazing relationship this mother-daughter duo has:

If you follow Pink or Hart on social media, you’ll see a lot of photos of both Willow Sage and her baby brother, the 2-year-old Jameson Moon. The family bond is clearly strong!

Maybe we should all follow Willow’s example and get a cool hairstyle that reflects our inner spirit. Either way, this girl was definitely born to stand out.