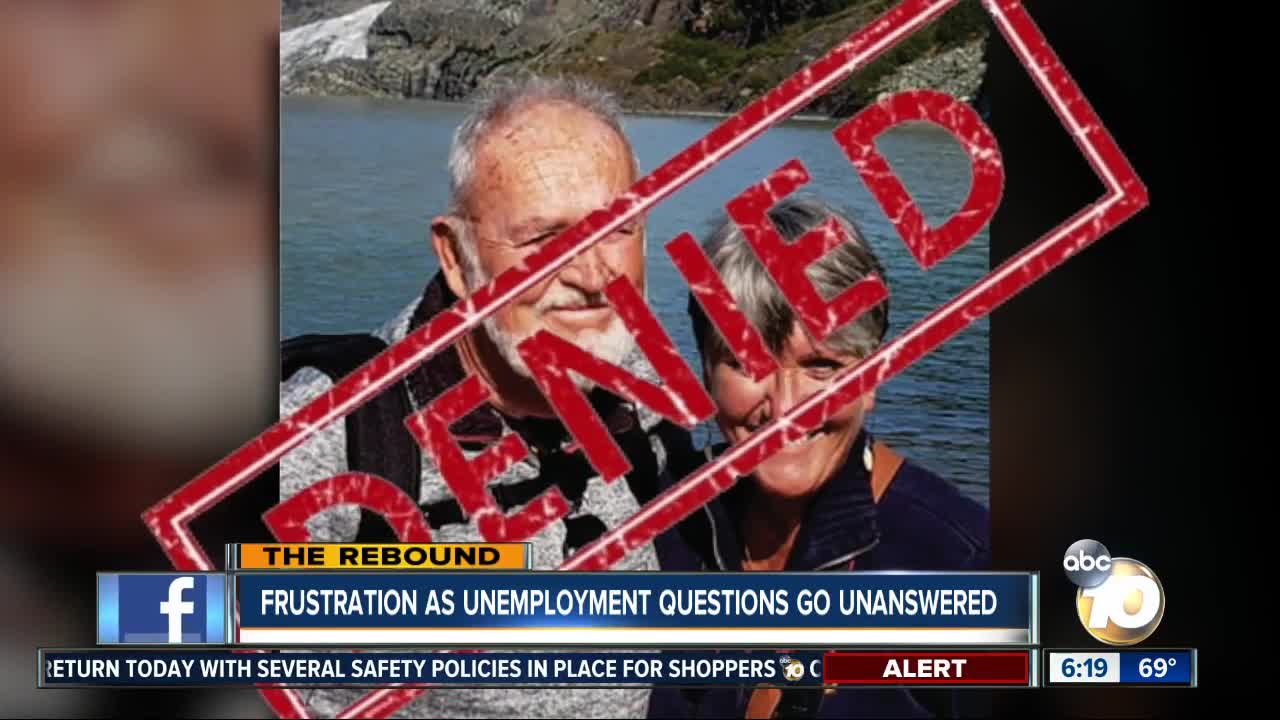 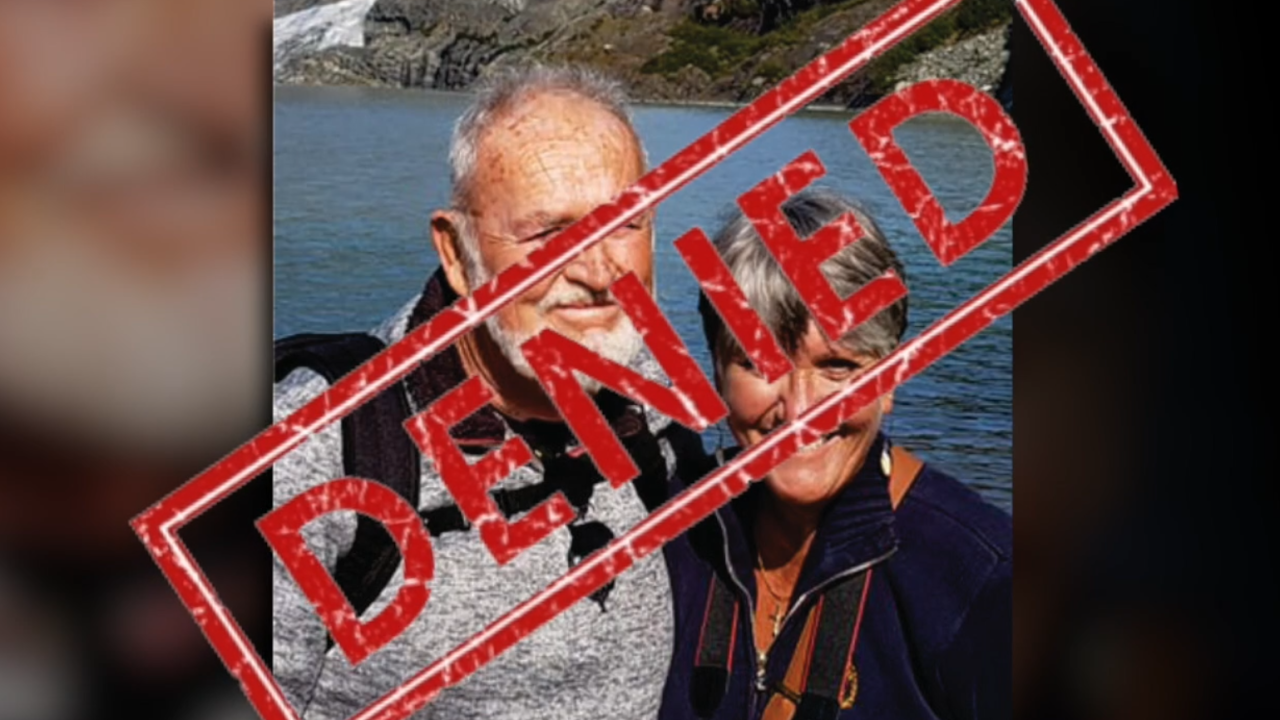 SAN DIEGO (KGTV) -- Complaints continue to pile up, directed at the state agency that handles unemployment.

"Does anyone out there really care? I think not," said San Diego County resident Rae O'Rourke. "Supposedly, so many more people added to the EDD (Employment Development Department) staff, and we cannot even get answers with an update. I'm begging for your help.”

Rae O'Rourke is reading an email she sent Gov. Gavin Newsom. It's something she wrote out of desperation, watching her bank account quickly dwindle.

"We are being good citizens," she said. "We are desperate and begging for your help."

Rae's husband Jack filed for unemployment toward the end of March. He was quarantined by his doctor because of underlying health issues. Rae said she started showing symptoms of COVID-19 but was unable to get a test.

Because he didn't technically lose his job, Rae said his claim was denied.

"This isn't so we can go out to dinner and buy something," she said. "This is to pay our bills. We've worked all our lives. All our lives we've contributed to the system. We're just middle-class working people."

Now, just like millions of other people across the state, Jack spends his day calling the Employment Development Department hotline trying to get in touch with someone to ask about his claim.

"Minimum three to four hundred (calls) it's right on the phone you can see it," Rae said. “Yesterday, he hit a record. Yesterday, 1,100 calls.”

At a press conference on Monday, Newsom acknowledged people are frustrated and said the state's leaned in.

Reporter Adam Racusin asked the Governor's office where that million-minute statistic came from.

The Governor's office forwarded our request to the state Labor Workforce and Development Agency.

So far, neither has been able to provide any information confirming the statistics that Newsom cited.

The Employment Development Department has also been unable to provide an accurate count of how many people are answering phones.

On Wednesday, an EDD spokesperson said, "More than 700 of the 1,340 staff the Governor has mentioned are employees redirected from other programs at the EDD, and more than 600 additional vendor staff have been trained to assist. Also, there are hundreds more redirected staff that are being integrated on an ongoing basis to help us respond to the historic demands on the entire UI program."

Rae said Jack eventually got through to the call center. It was close to closing time and they received a disheartening response.

"It's a quarter to eight now, and we're off at eight," Rae said they were told by a call center employee. "So when there are calls in the queue, all we do is take a number and a name, and someone will call you back."

The EDD has seen a historic number of unemployment insurance claims since the start of March 2020.

According to the state agency, "The EDD has also processed 3.2 million claims over that same period since the pandemic impacts began. The 533,568 claims filed in the week ending April 18 is more than a 1,000% increase over the 44,729 claims filed in the same week last year."

"Critical financial support of more than $3 billion in Unemployment Insurance (UI) benefits is flowing to workers who've lost their jobs or wages as a result of the COVID-19 pandemic, not including any estimated amounts for so far this week. The amount disbursed over the last six weeks ending April 18 includes $2 billion paid just last week alone, according to the latest official data from the California Employment Development Department (EDD)."

On Monday, Governor Newsom said 4.3 million checks had been cut, and $4.4 billion has been distributed since March 15.

Newsom said the state is working to help ease frustration by starting a text option and a chatbot to reduce some of the pressure on the phone lines.

Those actions will help, but for people like Rae and Jack, who are running out of money, this is a direct plea to the governor.

"Please, please understand, and I want to say you have compassion, get our benefits and get them immediately," she said. "Immediately because this is desperate times, and the frustration just adds to that desperation."

The EDD states, "For eligible UI claims, it typically takes three weeks from the time the claimant applies until the first benefit payment disbursement."

The EDD has created a guide to help Californians navigate through the claim process.

They've also launched pandemic unemployment assistance (PUA). If you are a business owner, independent contractor, self-employed worker, freelancer, or gig worker and only received a 1099 tax form last year, you are most likely eligible for PUA. You can apply for benefits starting April 28.