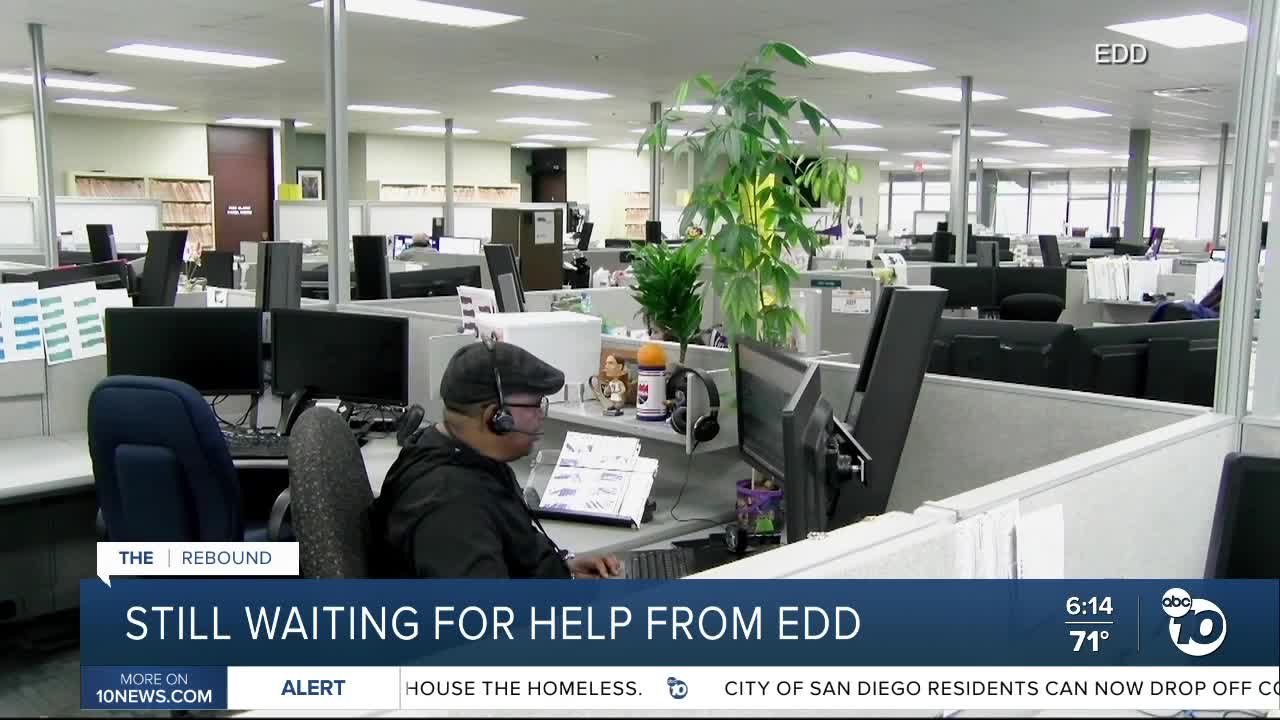 California's unemployment agency is taking new claims, some residents say they've been waiting months for help to begin with. 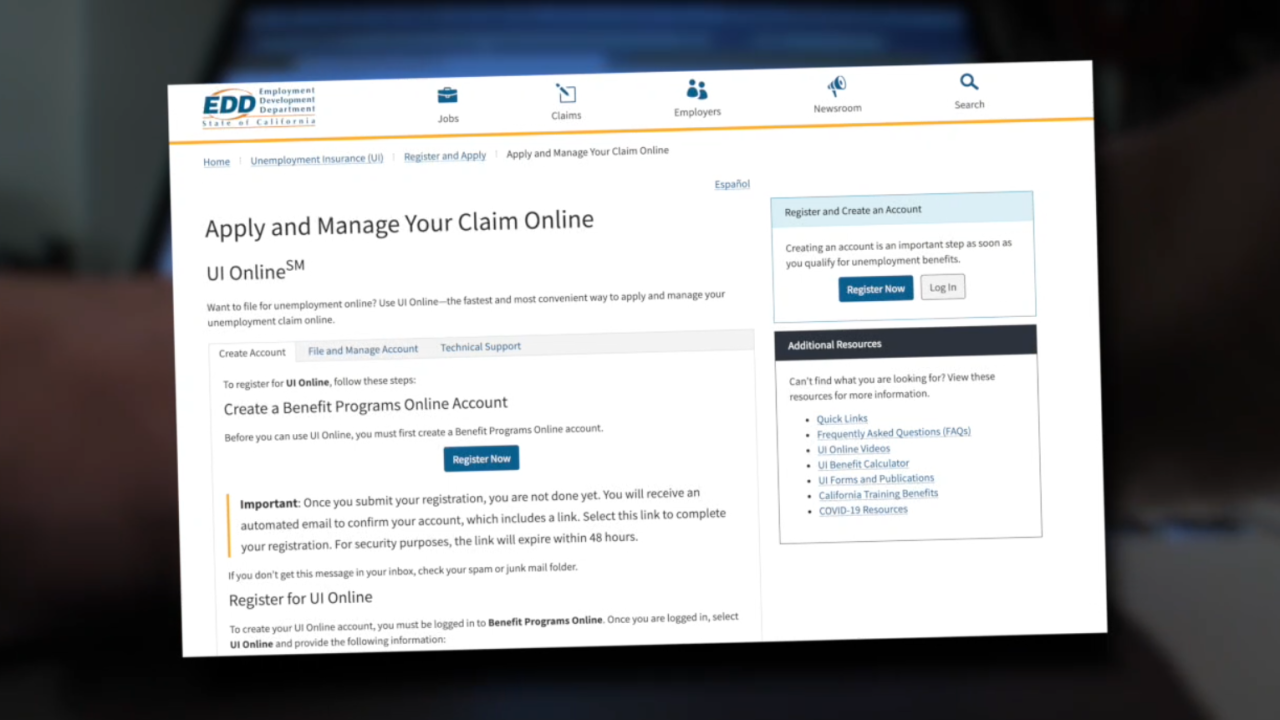 While the Employment Development Department (EDD) said it’s made some progress on the backlog, people who applied months ago say they are still waiting for help.

"I applied the day after, the 15th of March, and it's been a struggle ever since," said Juan Oquendo.

Oquendo said before the pandemic, he was in restaurant management.

When the state told businesses to close their doors, he lost his job.

Oquendo said his wife's currently deployed, and he's got a 5-year-old son who needs his dad. Work isn't possible.

"This is my first experience with unemployment," he said. "I've been working since I was 14 years old."

Oquendo said when he applied for unemployment, there was an issue with identity verification.

"I faxed copies of both my ID, my driver's license, my military spouse ID, a copy of my birth certificate, pay stubs, as well as the leasing agreement that we have with the military housing here," he said.

Oquendo said a few weeks later he got in touch with someone from EDD who told him he needed to resend the paperwork.

By end of it, Oquendo means there's been no communication and no money from EDD.

"I don't think EDD has been up to the task, and it's been very frustrating," said California Assemblymember Brian Maienschein.

Maienschein is part of a group of lawmakers that demanded an audit of the Employment Development Department.

The agency stopped accepting new claims to try and clear the massive backlog of claims and prevent fraud.

A strike team found 600,000 workers had not received the benefits they applied for, among other things.

According to EDD, "Staff were strategically deployed to process both initial claims and pending continued claim payments - resolving about 250,000 claims in the backlog when the EDD initiated the two-week reset period (backlog is defined as the number of claimant's waiting more than 21 days for a resolution). The new ID.me identity verification tool is expected to help greatly minimize the manual workload that can cause a backlog."

EDD said it initiated a soft launch of the new identification tool last Thursday, sending emails and texts to a total of 136,000 people who signed up for an EDD notification inviting them back to UI Online to submit their applications for new unemployment claims.

Between the soft launch period and Tuesday afternoon, ID.me data shows that 101,159 people used the tool in an effort to verify their identity," the agency said in a press release.

"Frustrated to see where they were," Maienschein said. "Having said that, I'm happy that they were going to start implementing some changes."

Maienschein said he will keep watching the agency’s backlog, because despite EDD's reset, there are still people across the state like Juan who say they need help.