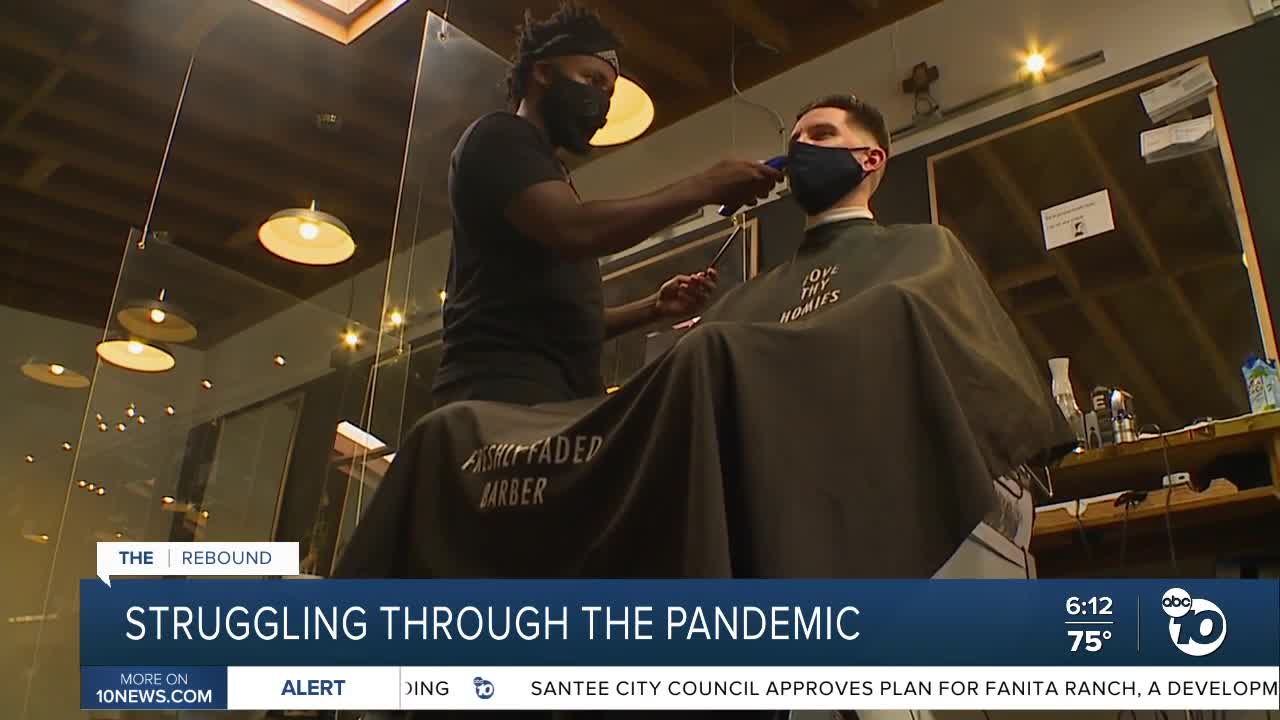 Six months into the COVID-19 pandemic we’re seeing how some businesses that were forced to shut down to prevent the spread of the virus won't reopen. 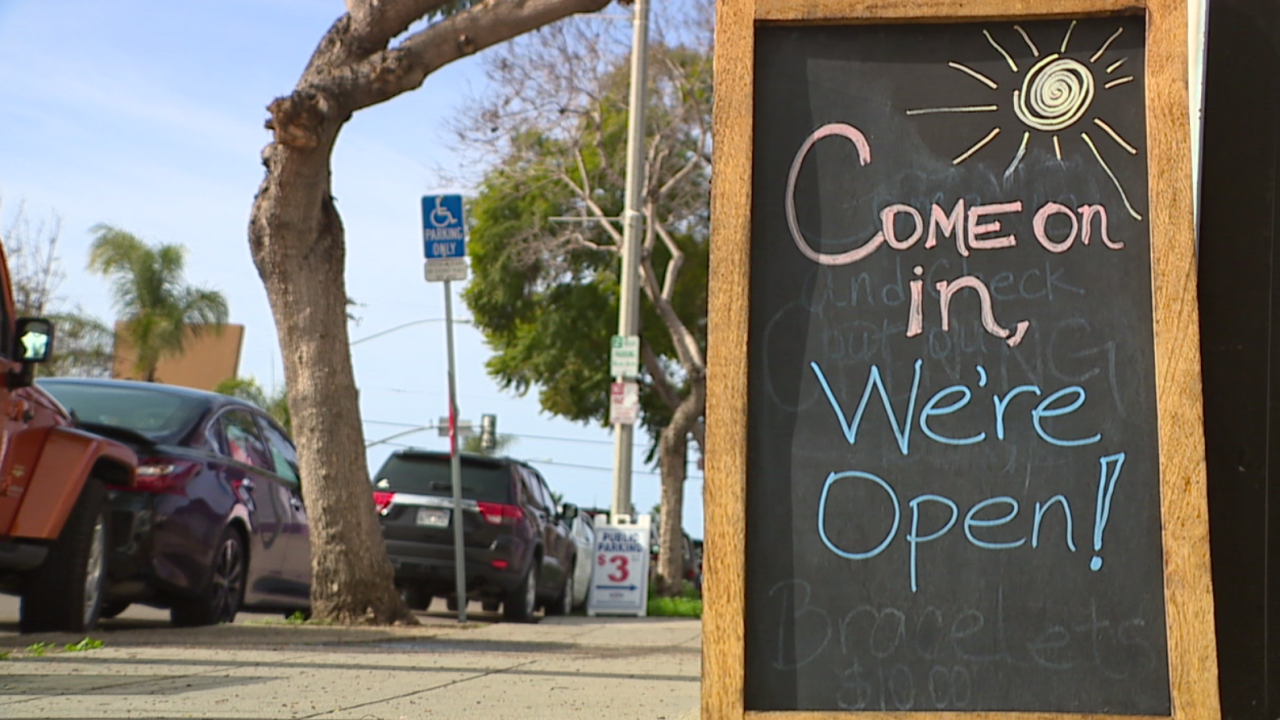 SAN DIEGO (KGTV) -- Despite record unemployment levels in California, the state's economy keeps turning, partly on the backs of the small businesses that have been able to stay afloat. However, six months into the COVID-19 pandemic we’re seeing how some businesses that were forced to shut down to prevent the spread of the virus won't reopen.

"We've had to pivot and shift, almost call audibles in the middle of what's going on to try to keep our businesses open," said Derrick Banks, owner of Freshly Faded Barber Shop.

Banks has been in business for about seven years.

He said beyond the haircut, there's something special about the conversations that take place while at the shop.

"If you see my barber cape, it says ‘Love thy homies’ on it," Banks said. "I feel like every person that gets in my chair becomes a friend eventually."

Banks said back in March when businesses were initially forced to close, it's those close conversations and connections to the community that took the biggest toll. That and trying to keep up with an ever-changing series of rules and health and safety standards.

"We've had to pivot back and forth between cutting hair outside, cutting hair inside, having these safety precautions," he said. "One day we're allowed to be opened, and the next day we're not."

While Banks has been able to stay in business, he has only to look down the street to see others who didn't make it.

"Just in a two-mile radius of this shop, there have been two barbershops that I know of that have permanently closed," he said.

Banks said there's no playbook for how to get a business through a pandemic. He understands the importance of small businesses in the community and believes those running them need to do what's best for them.

"I'm not in a position where I can hope for anything," he said. "I have to have a clear plan, but I am optimistic."

You can find empty storefronts in cities across California. But what does it mean for the state's economy?

"California is suffering like the rest of the country," said Alan Gin, an economics professor at the University of San Diego. "We had a surge in terms of our unemployment rate. It's come down but still much higher than before the pandemic."

Gin said the service and leisure industries have been the hardest hit.

According to the California Employment Development Department (EDD), the state's unemployment rate improved to 11.4 percent in August as the state's employers added 101,900 jobs.

In July, the state's unemployment rate was up at 13.5 percent.

Despite the record unemployment, Gin said California has lot of high-tech and business service jobs that can work remotely. It means many higher-paying industries didn't have to shut down.

His worry is about the growing financial inequality.

"It was already bad in this country, but now it's likely to be even worse as a result of this," Gin said.

Gin also noted that help from the federal government and unemployment benefits paid out by the EDD has also helped keep California's economy turning.

EDD said it processed more than 13 million claims and distributed more than $86 billion over the course of the pandemic.

It's important to note last week, the EDD announced it's taking a two-week reset period. The goal, they explained, is to clear the massive backlog of unemployment claims that have been filed over the past six months. An EDD strike team found 600,000 California workers still haven't received the benefits they applied for.

"I think an important aspect is whether or not another stimulus package can be passed," Gin said. “I think some more relief is needed. The worry is that with the cutoff of unemployment that the people at the lower end, who are being kept afloat, are going to fall off a cliff."