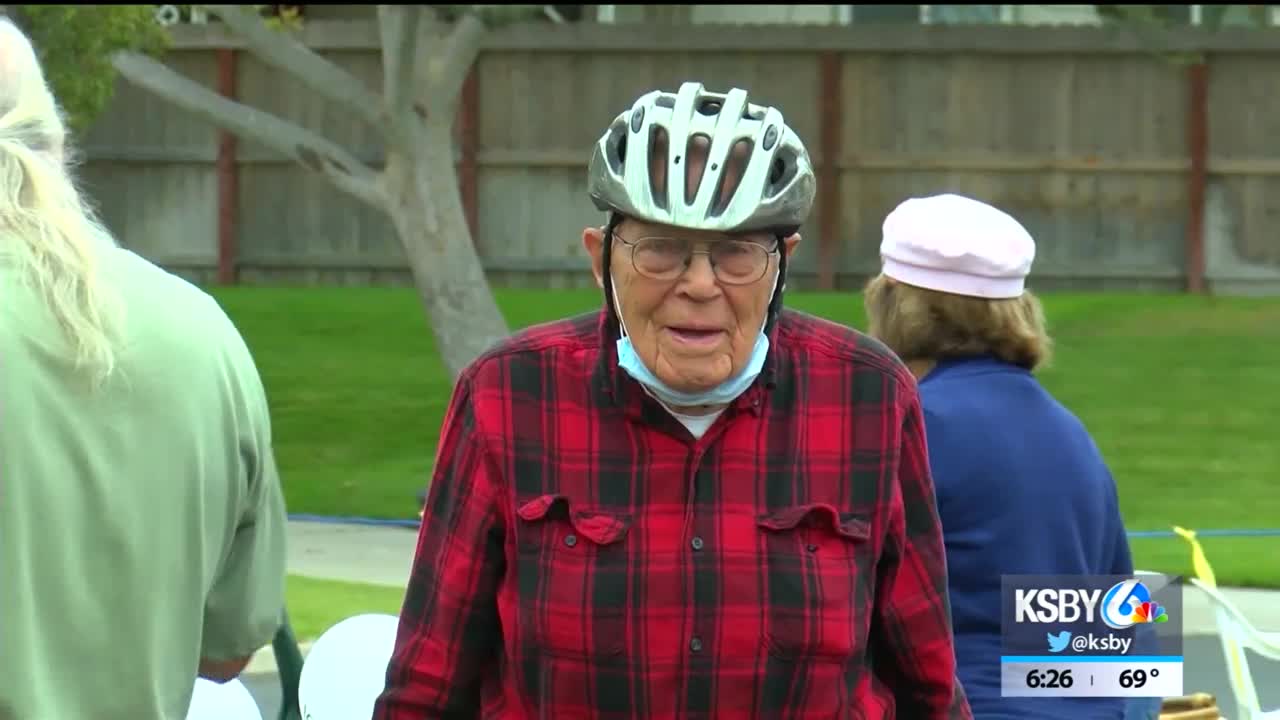 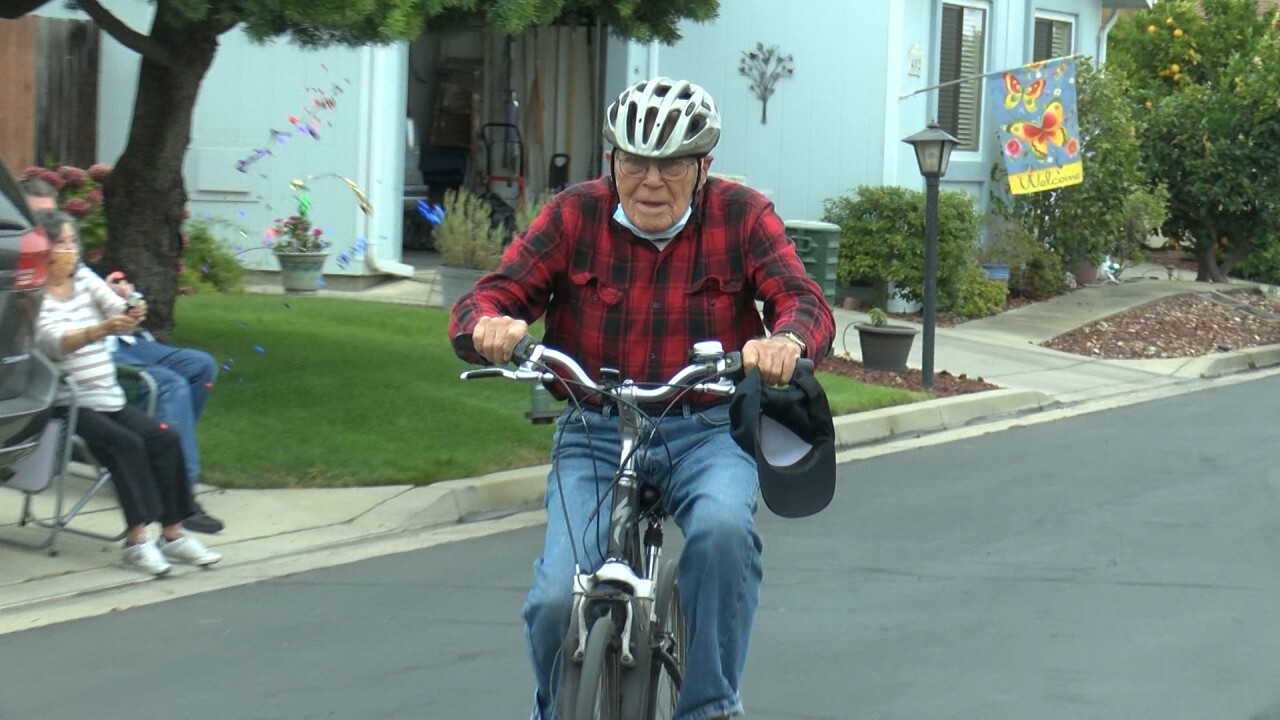 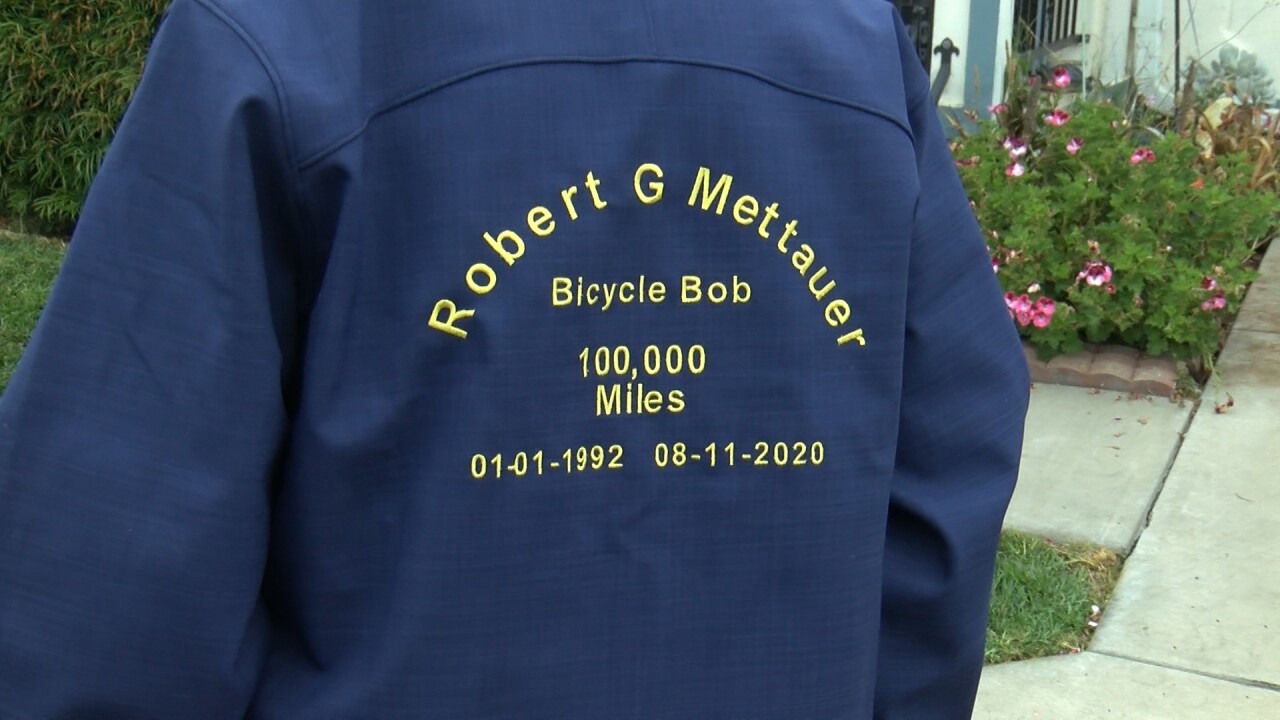 “Three bikes, 100,000 miles, and one body,” said Bob about his biking journeys that have spanned over three decades.

Nine miles a day, more when he was a bit younger, pushed “Bicycle Bob” past this milestone.

“Weather, rain; (when the) wind is too strong, no. You can’t plow through some of the wind that we have around here, but I’m out in the winter, the summer, all the time,” said Bob.

Bob turns 96 in just over a month and is still out and about on his bike every morning. His friend, Jim Carpenter, who lives in Bob’s neighborhood, says he’s a true treasure and a gem of a human being.

“A lot of us get up in the morning and don’t even want to put our shoes on. He does, and he gets on that bike,” said Carpenter. “We’re very lucky to have him. And I’m glad to call him my very good friend.”

There was quite the congregation of people celebrating Bob’s achievement Tuesday morning.

“Look at the support he’s had from all these people. These are people who are generally, because of COVID, staying home safely, and yet they care enough about Bob to come out this morning to honor him,” said Meg Porter, one of Bob’s friends.

Bob isn’t just a cyclist: He’s a jack of all trades.

“He was bowling until COVID happened, and he’s riding his bike every day. Most of us can barely get out of bed,” said Porter. “I think that is phenomenal. He is so careful about it. Nine miles a day, religiously. Rain or shine, he rides his bike. Isn’t that something?”

How many more miles will Bob put on his bike?

“Only the good Lord will know that one,” said Bob with a chuckle.