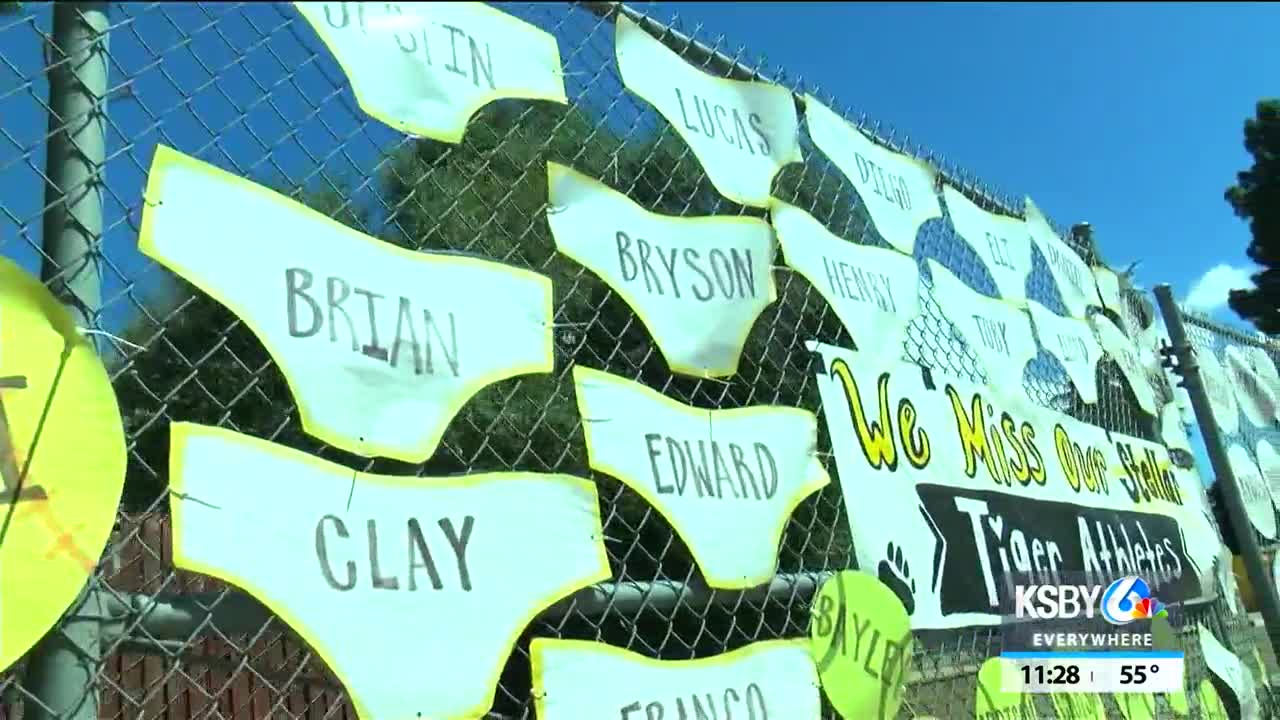 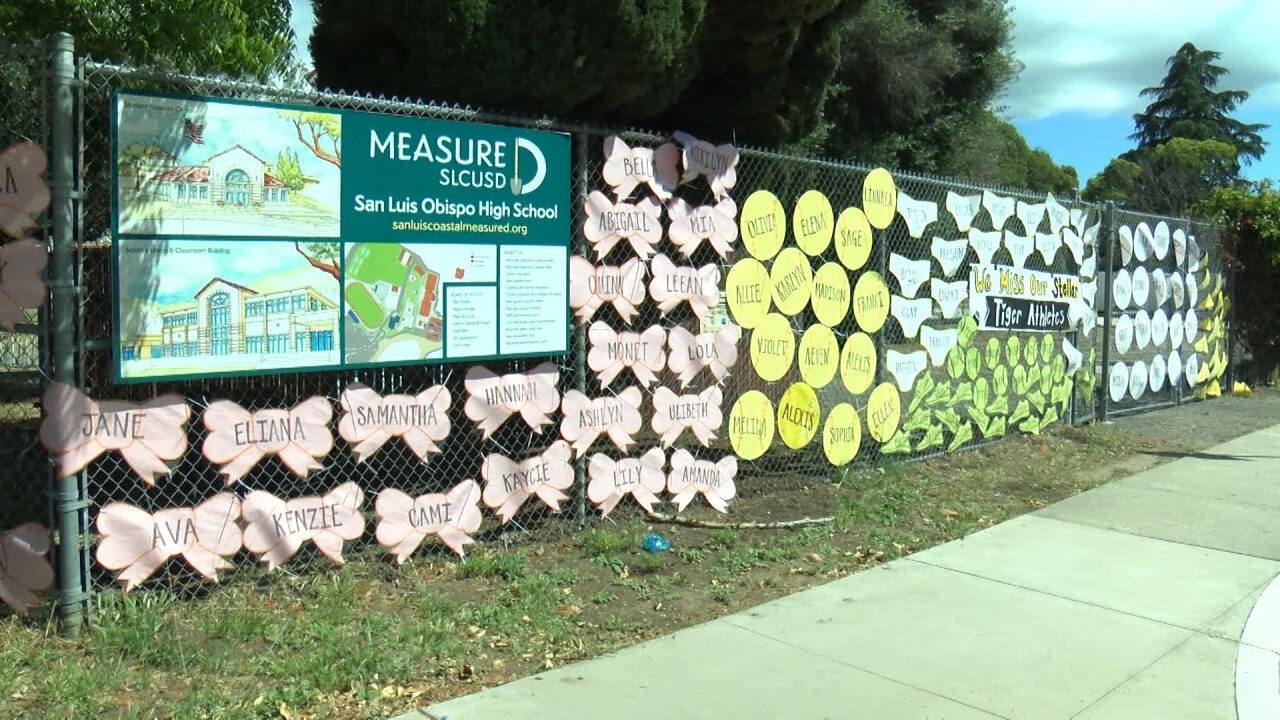 Two seniors on the San Luis Obispo High School Associated Student Body paid tribute to the athletes that got their season cut short.

Roughly 200 laminated, paper cut-outs line the fence along San Luis Drive near the entrance of San Luis Obispo High School; each one representing a Tiger athlete missing out on their spring season.

“We just wanted to do something normal, even in a time that’s not really normal, to make them feel appreciated,” Grace Nickerson, a Commissioner of Publicity for the ASB, said.

Mills and Nickerson came up with the idea; one that, overall, took them about four weeks to finish. Normally, the banners are hung up in the gym during pep rallies, but current circumstances don’t allow for that.

“Obviously we can’t do a rally right now, so we decided to hang them outside instead,” Mills said. “Everyone driving by will be able to see them and appreciate the spring athletes.”

“I think it’s really cool that we can have this out for the community because usually, it’s just for our rallies and just the high school community gets to see it,” Nickerson said. “It’s nice to have everybody appreciate our athletes.”