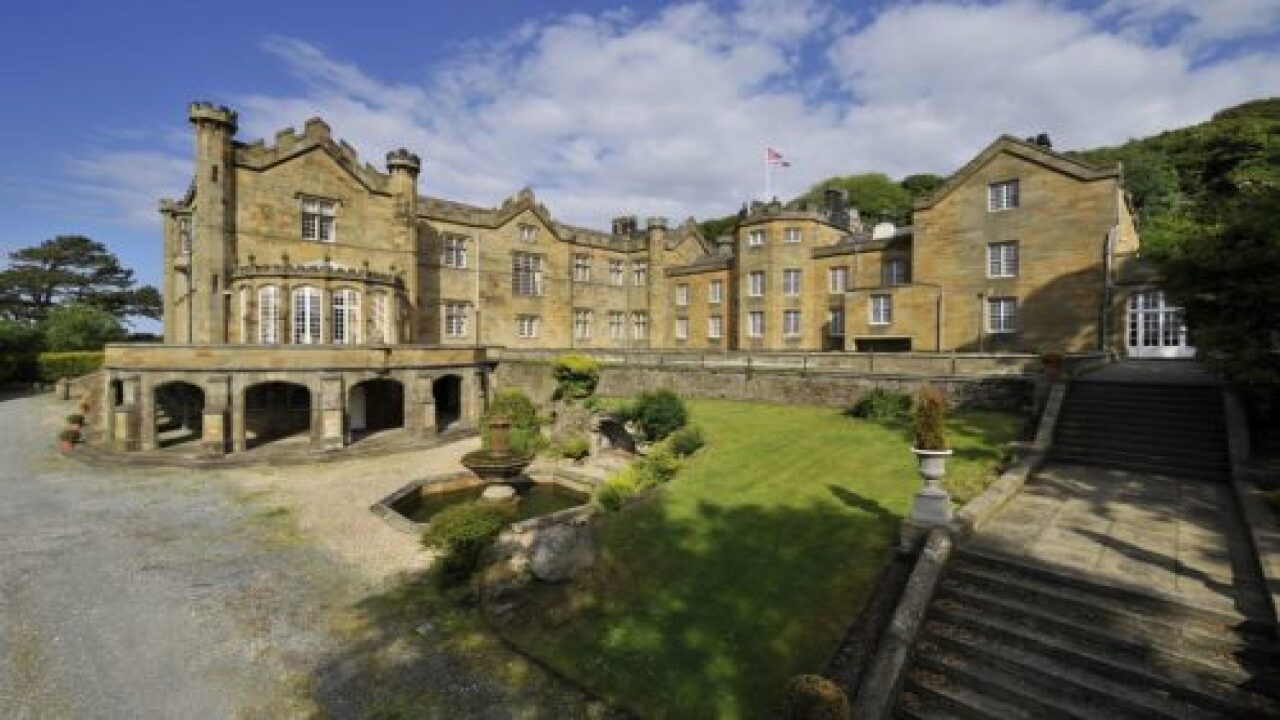 If simply re-watching all six seasons of “Downton Abbey” to prepare for the film doesn’t quite cut it for you, consider hopping the pond and exploring the estates of Great Britain IRL.

Vrbo has Victorian-era castles, manors, and estates aplenty where you can play 20th-century aristocrat to your heart’s content. These highbrow getaways are fit for the regal Crawley family, but available for anyone to book right now. Grab your passport and prepare to transport yourself right into the world of the Dowager Countess, Lady Mary, Earl of Grantham and all your other favorite characters.

If this gorgeous castle doesn’t give you major Downton vibes, nothing will. The Mostyns, one of the noble and ancient families of Wales, originally called it home. Then nuns lived within its walls for many years. It was recently opened up and made available for visitors to stay in and enjoy.

It’s worth every bit of the $1,819 per night average price. The entire property sleeps up to 38 people. Choose from areas such as the castle mansion, the abbey suite and the tower apartment; each of these sections has multiple bedrooms. This would be great for a family reunion, small wedding reception or milestone birthday.

This colossal estate sleeps 28 for $1,179 per night on average. That’s not a typo — there is space for 27 of your nearest and dearest friends to join you in these posh countryside digs. Inside Kinblethmont House (seriously, what a great name!) are 14 bedrooms and nine bathrooms.

The bedrooms each have delightful names, too. Guests can choose from the monkey foom, sunrise room, rhino room and others to call their own for a few nights. The site is located within mature woodland, so there are some beautiful walks in this area as well.

For around $981 per night, settle into a family home in Wiltshire, England. There’s space for 14 in six bedrooms and four and a half bathrooms. It’s located in a designated “Area of Outstanding Natural Beauty,” so you’re guaranteed to enjoy the sights if you can tear yourself away from the home’s beautiful interior.

It was once the shooting lodge of a prosperous Serjeant-at-Law who lived in London in the 1700s. Three hundred years later, it just as impressive and filled with character. Also nearby is the village of Avebury, which is a UNESCO World Heritage Site and dates back over 5000 years.

If a mansion or estate isn’t quite regal enough, opt for this bona fide Victorian castle in Wiltshire, England. For $1,850 per night, you and a dozen friends can play prince and princess. There are seven bedrooms and four and a half bathrooms.

Devizes Castle is spectacular today, and its hundreds of years of history only add to its appeal. Its pedigree dates back to 1080, when it was built by Roger, Bishop of Salisbury. During its lifetime it has been occupied by nobles, troops and prisoners (under Henry II and III) and besieged during wars. It was even burned by fire and rebuilt in 1120. Among its royal owners was Catherine of Aragon, the first wife of Henry VIII. Today, it has been separated into three different homes; the main part of the castle is what’s available for rent. Now, all that’s left of the medieval castle is a mound and a few traces of the original building, but the current building is Victorian but no less grand.

Who says renting a castle has to cost you? This historic castle is located in the Scottish Highlands in Inverness and rents for only $331 per night on average. Even better, you can bring along 19 friends to split the already reasonable price and spread out in the 10 bedrooms, which each hold original antiques. There are three full bathrooms and four half bathrooms.

Erchless Castle is romantic and peaceful, surrounded by the fertile land of the Glen of Strathglass near the town of Beauly. It is a gorgeous home base for exploring the Highlands, including Loch Ness, Glen Affric, and more. You don’t have to go far to see deer and red squirrels in the fields or salmon leaping in the river on the grounds.

Fenton Tower is a magnificent, fortified castle that dates back to the 16th century. It is located 18 miles East of Edinburgh near the coastal town of North Berwick. The panoramic views sold the location way back in the 11th century. Visitors can rest easy knowing it offered refuge to King James VI of Scotland (son of Mary Queen of Scots and Lord Darnley) as he fled from the rebel army in Fife across the Firth of Forth.

Inside, the seven bedrooms and six and a half bathrooms are fully renovated up to five-star standards. There’s exquisite space for up to 13 guests for around $2,026 per night on average. It’s ideally located for links lovers, as it is surrounded by some of Scotland’s world-renowned golf courses. If golf feels too modern, visitors can also book a hunt for grouse, partridge and pheasant.

Are you ready to book a castle stay and pack your bags? Any of these amazing Vrbo properties would make for a unique and truly special trip to the United Kingdom!