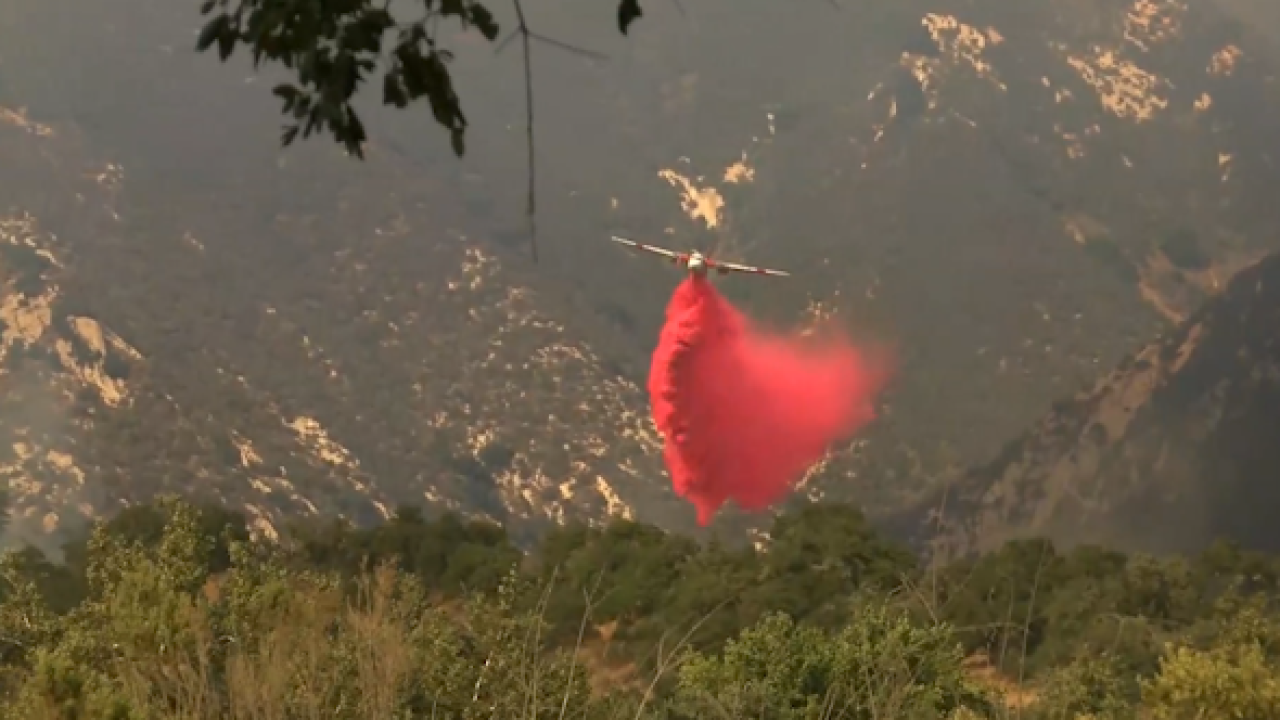 SHAVER LAKE, Calif. (AP) - Rescuers in military helicopters airlifted 207 people to safety after an explosive wildfire trapped them in a popular camping area in California's Sierra National Forest, one of dozens of fires burning Sunday amid record-breaking temperatures that strained the state's electrical grid and for a time threatened power outages for millions.

Other blazes broke out in Southern California and forced evacuations in San Diego and San Bernardino counties.

Cal Fire says the latter blaze started Saturday morning and was caused by a smoke-generating pyrotechnic device used during a gender-reveal party.

About 8:30 p.m., the state agency that manages the power grid issued a tweet calling off an emergency because Californians had cut back on electricity use.