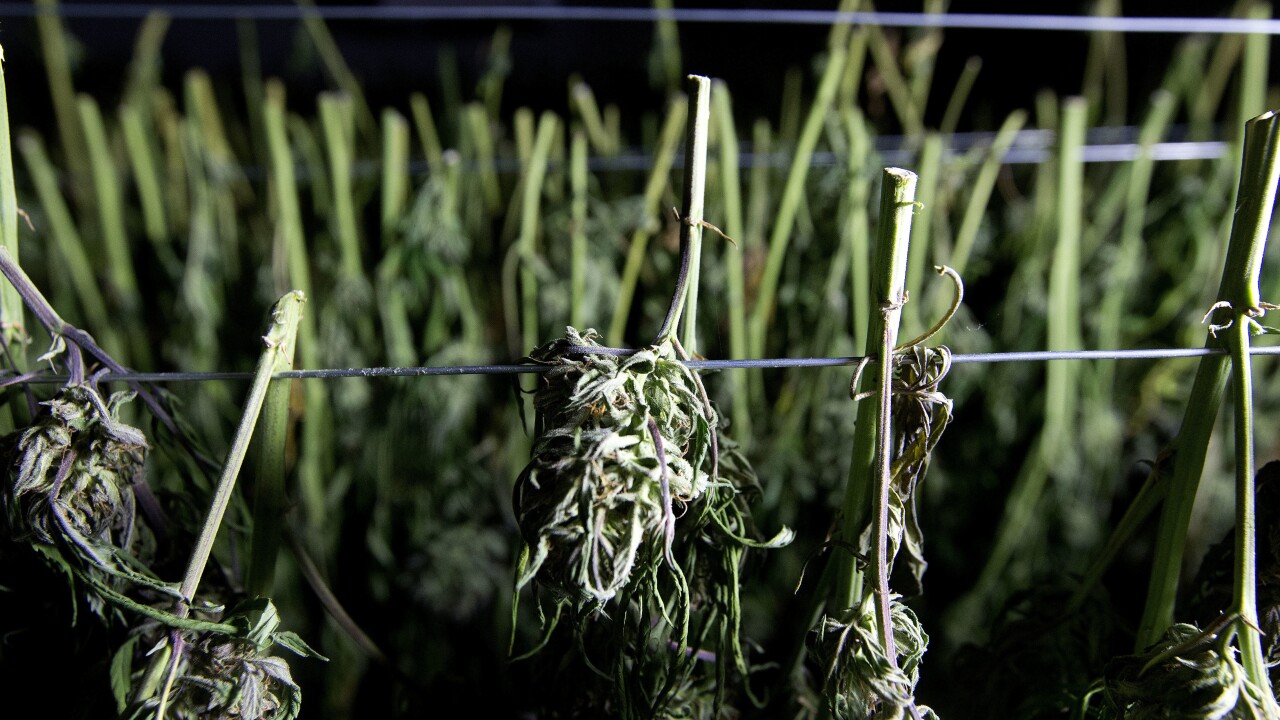 (Copyright 2020 The Associated Press. All rights reserved. This material may not be published, broadcast, rewritten or redistributed.)
Rich Pedroncelli/AP
FILE - In this Oct. 12, 2016, file photo, recently harvested marijuana buds dry at a farm near Garberville, Calif. (AP Photo/Rich Pedroncelli, File)

The largest wildfire in California history is threatening the country’s biggest marijuana-growing region, and authorities are warning people to protect themselves — not their crops — if it comes time to evacuate.

The August Complex Fire has burned through more than 1,100 square miles across five counties in Northern California and is on a westward path.

The Press Democrat of Santa Rosa says that would threaten the rugged and famed Emerald Triangle, known for its marijuana farms.

The fire was only 30% contained Tuesday.