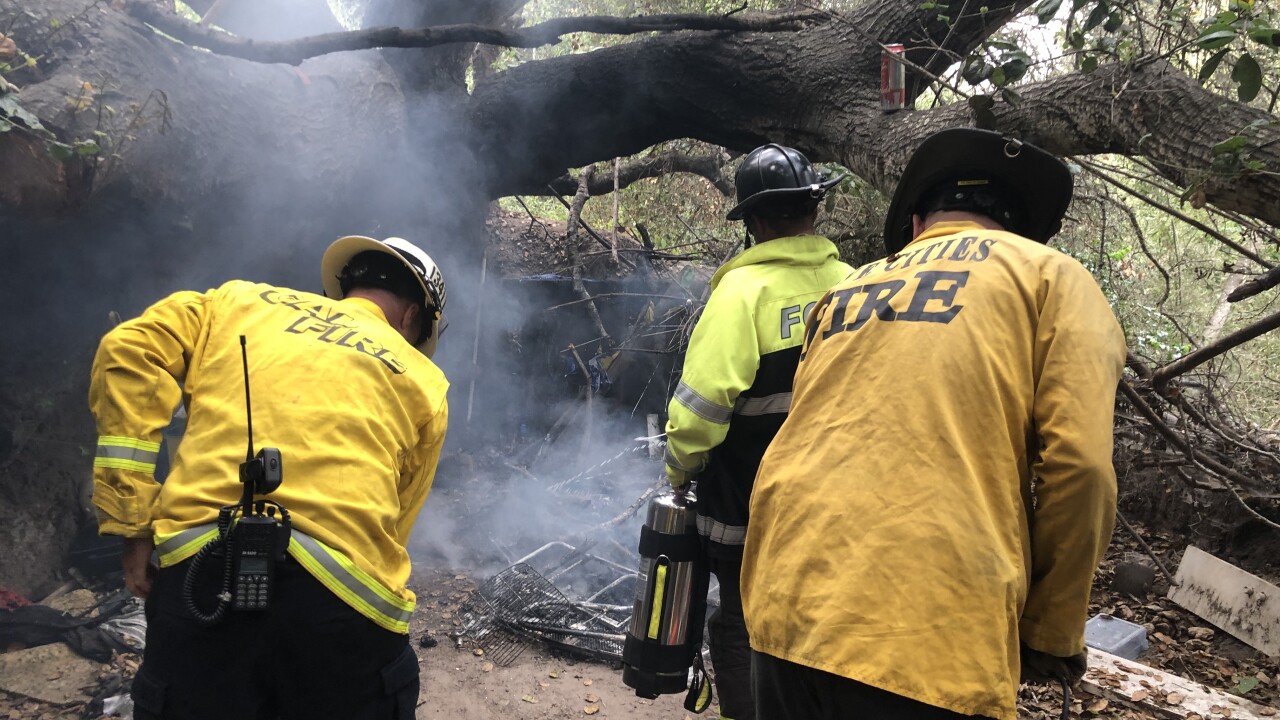 Copyright 2020 Scripps Media, Inc. All rights reserved. This material may not be published, broadcast, rewritten, or redistributed.
KSBY
Firefighters work to extinguish a small brush fire in Pismo Beach on Tuesday, Sept. 8, 2020.

Firefighters were able to quickly extinguish a brush fire that broke out along the 800 block of North 4th Street in Pismo Beach on Tuesday.

Fire officials say the fire was the result of a cooking fire at a homeless camp.

The person responsible was reportedly taken into custody by State Parks officials.

North 4th Street between Ocean View Ave. and Five Cities Drive was shut down while firefighters were responding to the fire.