Firefighters save multiple homes during fight against Avila Fire 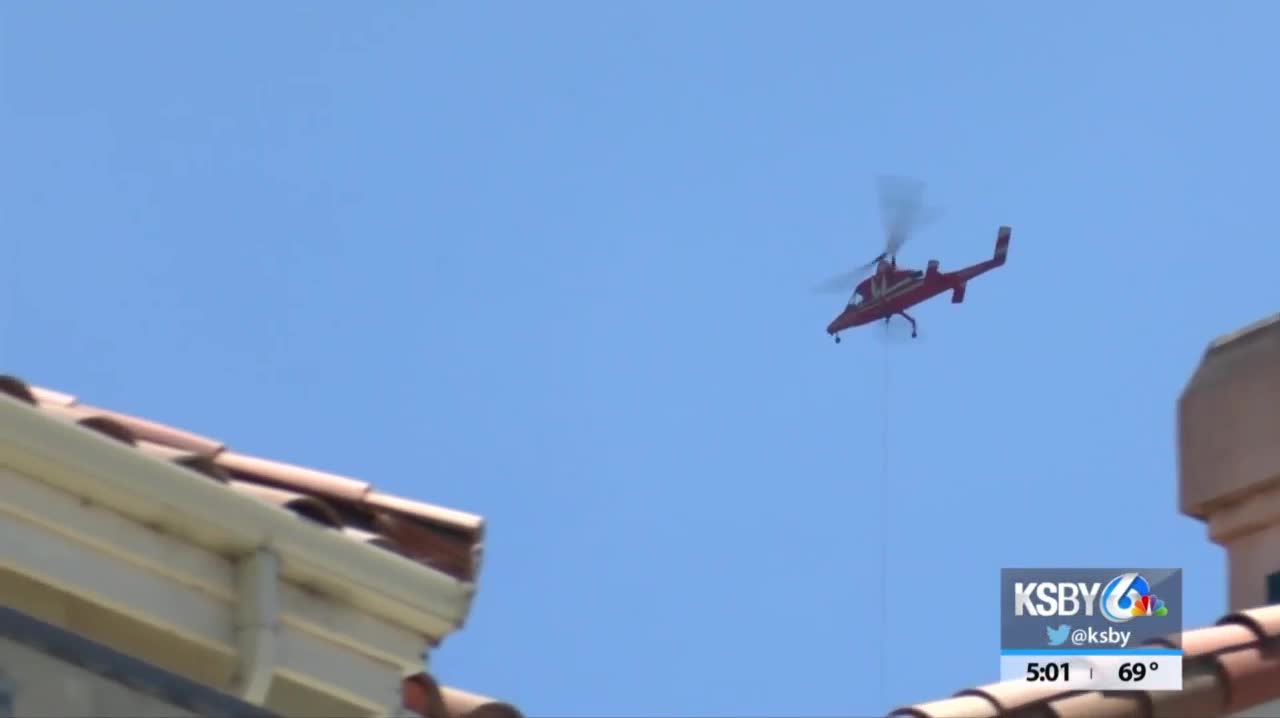 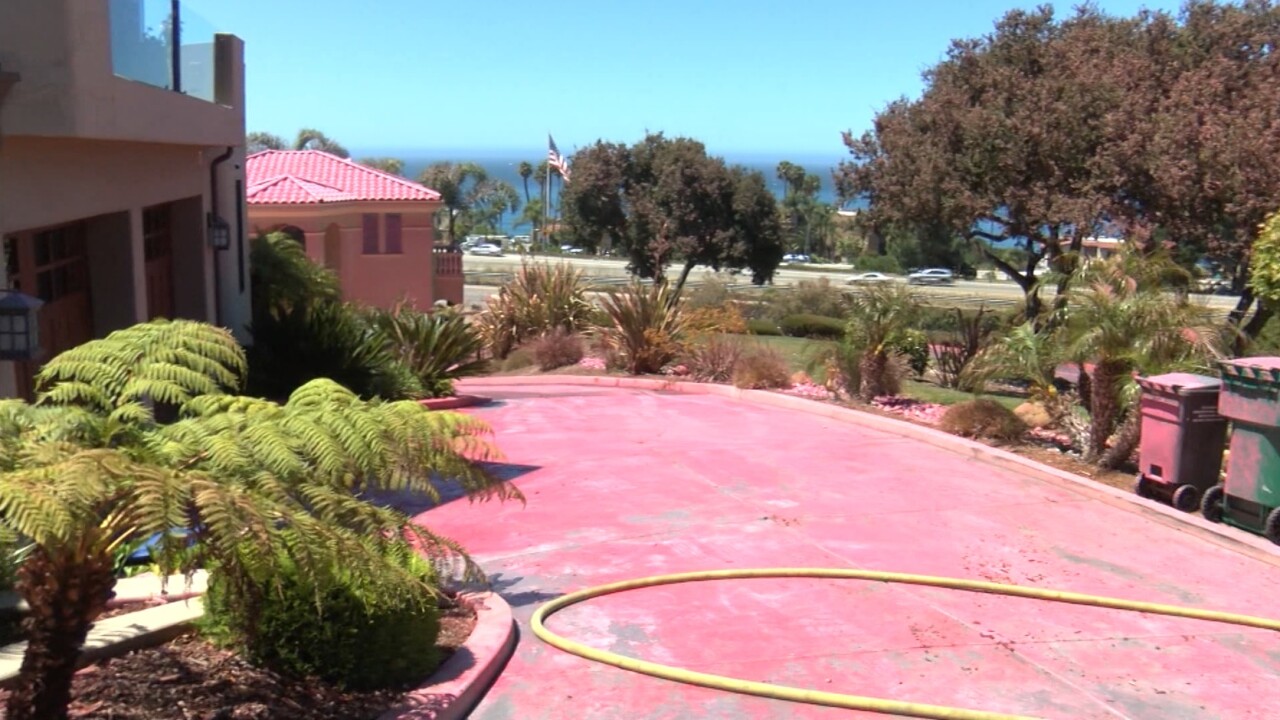 Driveways, rooftops, and streets in the Spyglass Pointe Neighborhood are painted pink Tuesday after the Avila Fire.

"On our balcony is some of the retardant," explained Aymee Frassica. "It's up there. We have a rooftop deck. The retardant is all on the top."

Flames got within feet of Frassica's soon-to-be home.

"As you can see, it came right up on the fence there," Frassica said.

She watched the news all evening to learn the fate of her property.

"This is our primary home that is being built," Frassica said. "It's our dream home and I was just thinking, 'God, you wouldn't help us this far to let the house burn.'"

But every single home was spared in the firefight.

Neighbor Eric Woodhouse cleaned up the Phos-Chek on Tuesday.

"I mean, it's a nuisance to have all the flame retardant all over the house but I guess that's the least of our problems at this point," Woodhouse said.

"Home's not burned but we had hot spots," Trudeau said. "We have bark in the backyard and the front yard and it caught on fire and we had a couple, little minor hot spots and that was it."

Everyone we talked with said their homes wouldn't be standing if it wasn't for the firefighters.

"I just want to thank them from the bottom of my heart," Frassica said.

"They did a great job working all night long. We're so grateful," Woodhouse added.

With just 45 days until construction wraps up, Frassica said, "We're looking forward to moving in and it's going to be possible because they were, they are amazing."

Firefighters say you'll want to wash off the Phos-Chek from your property sooner rather than later.