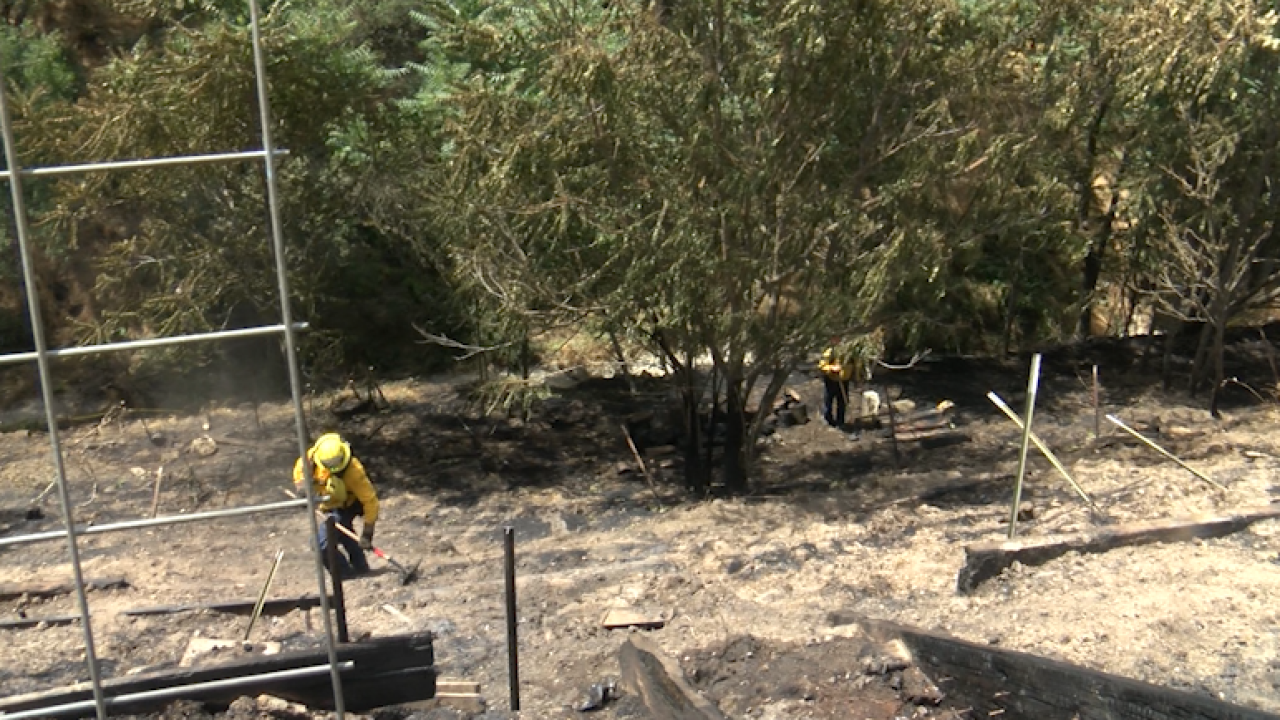 UPDATE (06/24/2020 2:30 p.m.): A representative for the Central Coast Regional Water Quality Control Board tells KSBY they have made their oversight process as "straightforward as possible" and they have yet to receive an updated vegetation management plan from the city.

In response to the river channel fires last summer and the city’s declared emergency, we allowed the city to remove vegetation in strategic areas to act as fire breaks to mitigate additional fires and have allowed them to maintain these fire breaks. Following these “emergency” activities we began working with city staff last fall, providing them with the information they needed to prepare and submit a long-term vegetation management plan for our review and approval that would allow them to implement more comprehensive and ongoing actions starting this spring and summer instead of having to respond to future emergencies like the most recent fire this Monday. We anticipated the city’s plan late last year or earlier this year but have yet to receive it.

We are continuing to work with city staff and are now discussing interim actions with them that they can implement while they are finalizing their long-term plan for our review and approval. The submittal of this plan is now anticipated sometime in July according to city staff. Prior to being implemented, permitting of the plan will be subject to our standard public process consisting of a minimum 30-day public review and comment period followed by a public hearing during which the Water Board will consider approval of the proposed permit. As is customary, this process takes several months, which is why we engaged with city staff on this process last fall.

---
ORIGINAL STORY: Now that the Paso Robles River Fire is 100-percent contained, many eyes are now on what the city will be doing to prevent another fire in the riverbed from happening.

There are several regulatory agencies, however, like the state's water board and California Fish and Wildlife, that have a hand in controlling the riverbed, making it complicated for the city to coordinate plans on how to mitigate the fire risks.

In fact, the city says Monday was their first day back in the riverbed cutting down brush since last year.

Back in 2019, the city of Paso Robles declared a local emergency after it was estimated there was a fire in Salinas riverbed every three days.

"It is an emergency, and I think yesterday proved that," Frutchey said. The city spent close to $400,000 on creating fire breaks and starting to mitigate fire risk in the riverbed last year, but that money only covered work for about 15-percent of the river bottom.

Now vegetation has grown back and Frutchey says state agencies did not allow crews to perform maintenance again until this month.

Additionally, the city was told most mitigation efforts have to be done by hand in order to not disrupt the soil.

Frutchey says the funds for the cleanup efforts in the riverbed come from the city's budget and the costs will continue to grow if they are not able to do more work at once and use more machinery.

"It takes a lot longer to do it all by hand and in addition it costs us a lot more," Frutchey said. "So when we can't get in the river bottom till the third week in June, that stretches the clean up effort into the summer which increases the risk of a fire like we had yesterday."

The wind-driven river fire started in the dry, overgrown river bed -- embers then landed on homes nearby.

"I don't think a lot of people knew what to grab," said Brent Kiewsida, who was evacuated from his home. "It was kinda surreal to everybody. People were running from blocks down to notify everyone because there's a lot of elderly in this neighborhood. It was really hectic."

It's a scene Frutchey hopes won't play out again, but with so many state agencies involved, it makes it hard to act quickly.

"They just look at one slice of the pie," Frutchey said. "If what body 'A' conflicts with body 'B,' that's not their problem. They don't have to try to reconcile those issues -- we do."

Assemblyman Jordan Cunningham (R-San Luis Obispo) is anticipated to be holding a press conference Thursday in regards to the situation in the riverbed and what people can do to help ease restrictions.

The time and location for the event are expected to be released Wednesday.

In a statement to KSBY, Assm. Cunningham says:

I am aware of the ongoing issues with the Salinas Riverbed and am working diligently with local partners to identify solutions. We cannot allow this to happen again.