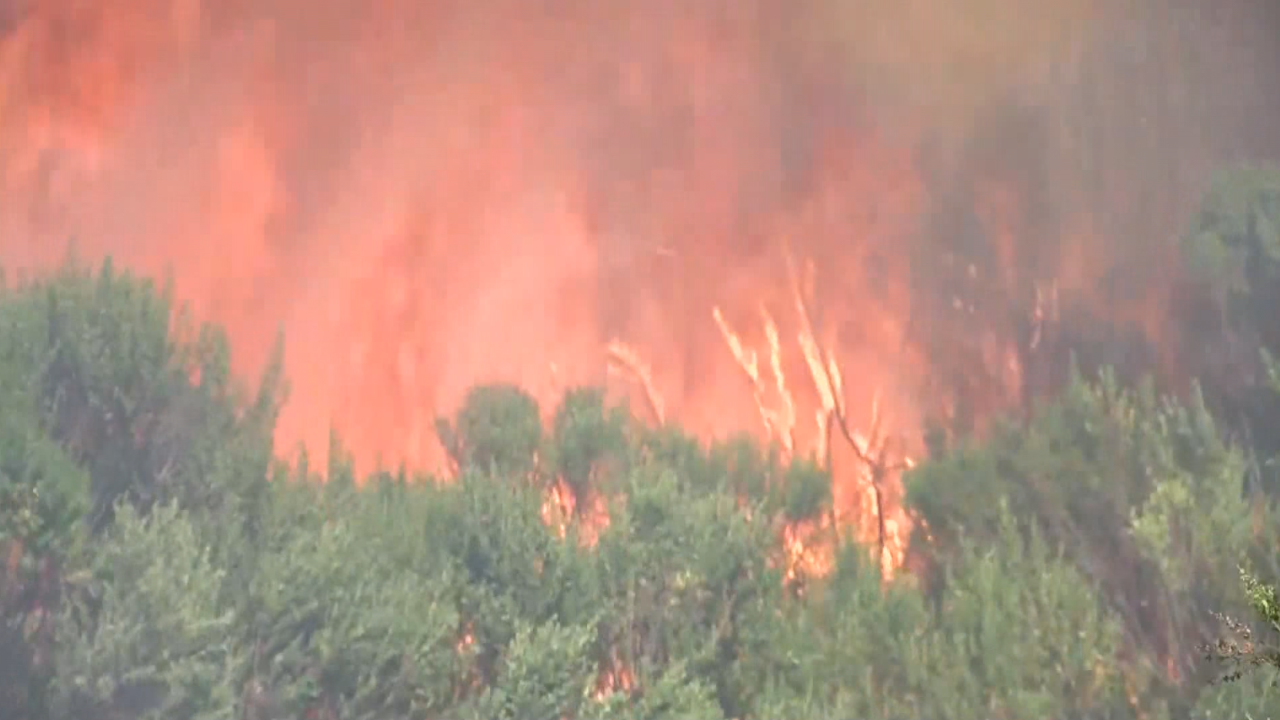 With fire season in full swing, San Luis Obispo City Fire is urging people to be prepared for wildfires, especially for those with backyard hillsides.

This week’s destructive fire in Paso Robles and last week’s fire in Pismo Beach serve as stark reminders that peak wildfire season is upon us. Take the time to prepare now and help us #PrepareSLO

In the past two weeks, several destructive wildfires have burned along the Central Coast, including the Avila Fire in Shell Beach and the River Fire in Paso Robles.

"What we're experiencing right now is what we call peak wildfire season," said SLO City Fire Spokesperson James Blattler. "That's when the weather's changing, you've got stronger winds, the vegetation is drying out, so the moisture levels are drying out and it's becoming a lot more susceptible to burning."

While summertime is the peak for fire season, Blattler says wildfire season in California is really year-round.

Many areas of San Luis Obispo have homes along hillsides, known as urban interface areas. SLO City Fire says the thick vegetation should be a red flag for residents to be especially prepared in the event of a wildfire.

San Luis Obispo resident Brian Cody says he has only lived in the area for a year and is learning to take these recommendations more seriously.

"I should probably plan more. I just sort of figure if I have to evacuate I just deal with it when the time comes," he said.

Having a plan in place is the best way to be safe during a fire evacuation, Blattler says.

SLO City Fire says the community can prepare before an evacuation is necessary by following the four R's of vegetation management: Removal, Reduction, Replacement and Resistant.

“If you have dead or dying grass around your home, you clear that out, you move combustibles away from your home, and that's really going to give the firefighters the best chance to defend your home if a wildfire is moving through,” Blattler said.