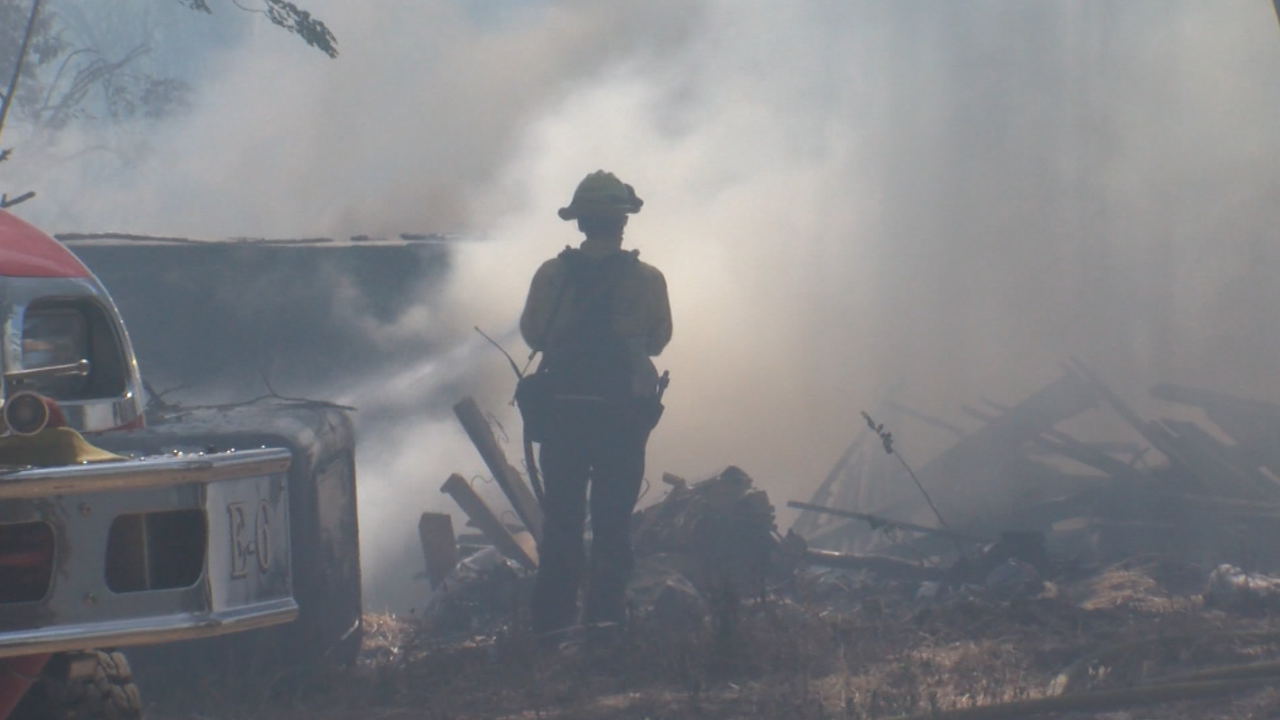 The River Fire in Paso Robles is fully contained.

The fire broke out Monday afternoon, charring 15 acres and prompting hundreds of evacuations.

Residents are returning home after evacuations were lifted Tuesday afternoon.

The fire started in the Salinas Riverbed and jumped to a neighborhood.

Flames got extremely close to some homes. Two were destroyed and nine others were badly damaged.

"It was just total devastation," said Paul Ashton, landlord of one of the destroyed homes. "There's nothing left."

Located on Creston Road, the home built in 1924 was lost in the River Fire.

It's insured but some irreplaceable items were destroyed.

"I still had stuff on the premise and it was stuff. It meant a lot. It was my dad's stuff. I someday needed to go through it," Ashton said. The house, however, was being rented to a family of five without insurance.

"They've lost two cars. They've lost everything in the house," Ashton explained. "They had an undisclosed amount of cash in the house, unfortunately, because they were saving up to buy a place."

Paso Robles Fire Chief Jonathan Stornetta says there have been multiple fires in the riverbed so far this year. This fire was wind-driven.
"The ember casting did probably get into some of these structures here," Stornetta said.

The fire got extremely close to some homes but damaged others.

"Thank God nothing of the house got burned," said resident Paulita Sotelo Lopez. "But all the neighbor's fence, including ours, our two sheds got burned to the ground."

She also lost some pets in the fire.

"My dogs are okay. We got our dogs. A neighbor, actually a friend of ours, went in while all the fire was going on. Nobody knew he went in to save our dogs. He got them out but my chickens are gone. They're dead. We just saw them right now and our rabbits, they're gone."

Some of her cats are missing, too.

"My cats. We found three out of seven. You know, everything else is materialistic things but it hurts when they're like our pets. They're our animals. Our pets. They're family," she explained.

Gofundme pages have been set up for both of the families whose homes were lost in the fire:
House Fire relief for Sergio Rendon family
My Brother Mark Lost Everything In Paso House Fire