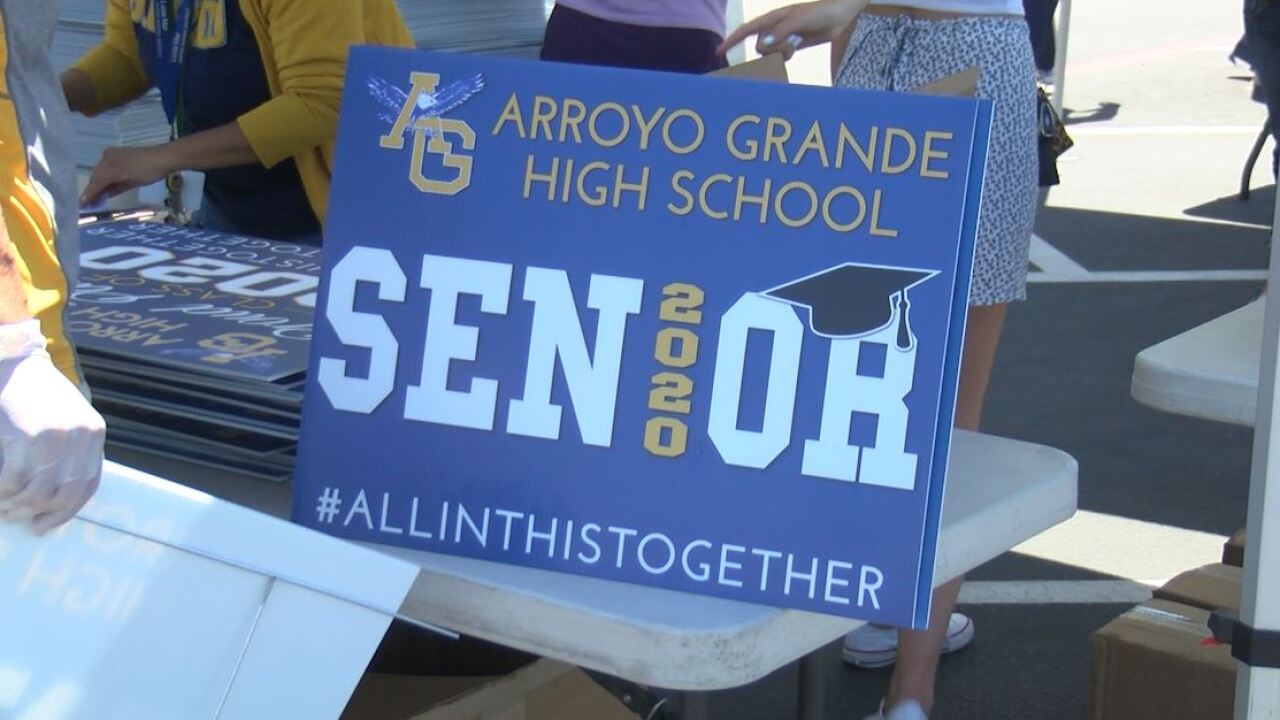 With graduation ceremonies canceled for many high school seniors on the Central Coast, some parents found a new way to recognize the milestone.

Special 2020 commemorative signs are being passed out to graduating seniors in the Lucia Mar Unified School District.

Parents, who say they were disappointed their children wouldn't get the ceremony they had planned on, held a fundraiser in order to have more than 1,000 signs printed for graduates to display in their yard, window or room.

Organizers say the funds for signs for students at every school in the district were raised in record time.

"It was always going to end, but this whole thing has been speeding it up - canceling school, sports, things like that, so we're all having to say goodbye a little earlier," said Arroyo Grande High School senior John Dritsas.

Signs were handed out by staff at Arroyo Grande High School.

Signs at other schools in the district are being handed out in the coming days.