It will be unveiled Saturday 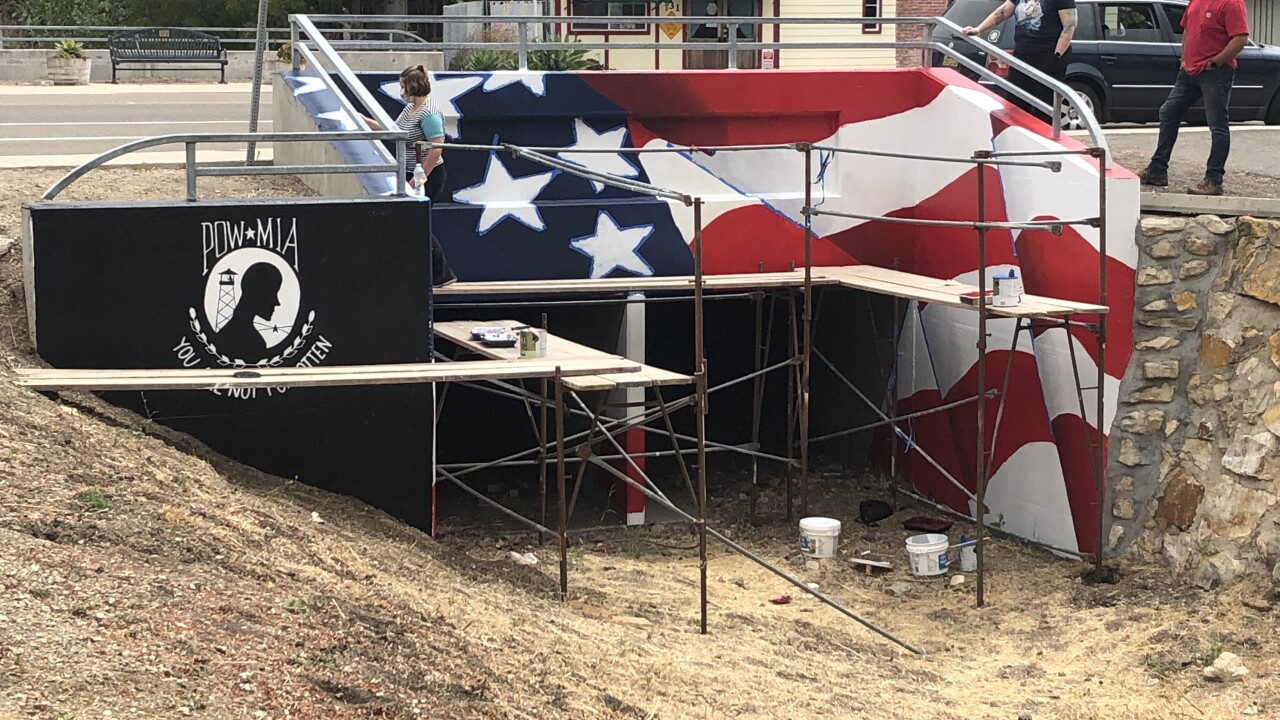 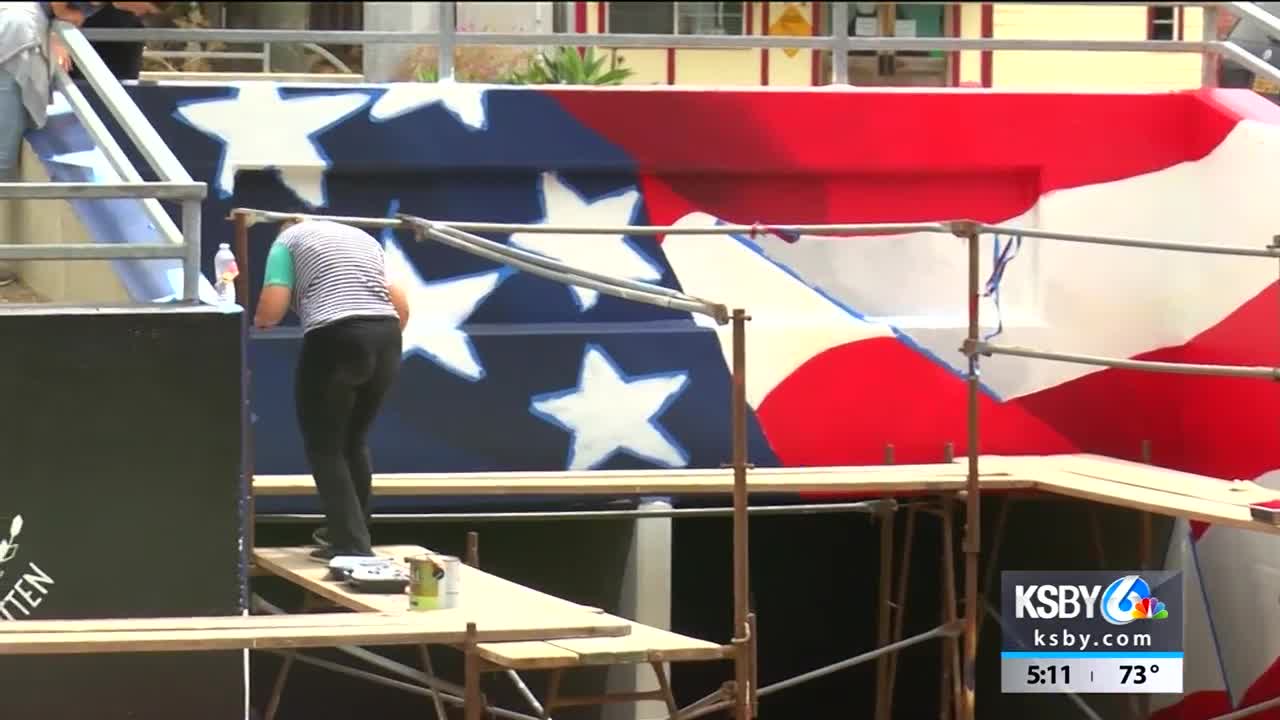 A patriotic mural created by local art students will be unveiled this weekend in Nipomo.

Nipomo High School teacher Kelly Sutherland says she asked three of her art students to work on the mural after being contacted by Veterans of Foreign Wars.

The mural on a concrete culvert shows a POW flag along with an American flag and can be found next to the Veterans of Foreign Wars location on S. Thompson Avenue in Nipomo.

"It's a fun project 'cause I get to put my art in an area that people can actually see it and then I'm also giving back to the community, so that's quite a nice thing to do," says high Nipomo High senior Nicole Shogrentutiven.

After volunteering their time over the past few weeks, the mural will be unveiled during a pancake breakfast Saturday.