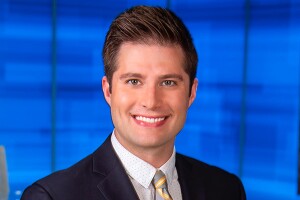 Dustin Klemann is co-anchor of KSBY News Daybreak weekday mornings from 5-7am. He joined the team in June of 2018.

Dustin comes to KSBY and the west coast from Billings Montana, where he served as an anchor and reporter at KSBY’s sister station, KTVQ.

He is a graduate of the University of Montana and holds a degree in Broadcast Journalism.

In his free time, Dustin plans to get out and enjoy the Central Coast as much as possible. “The Central Coast has a lot of what I enjoyed in Montana. Only now, there is a beach!” said Klemann.

If you have a story idea, or just want to say hello, email Dustin at dustin.klemann@ksby.com.