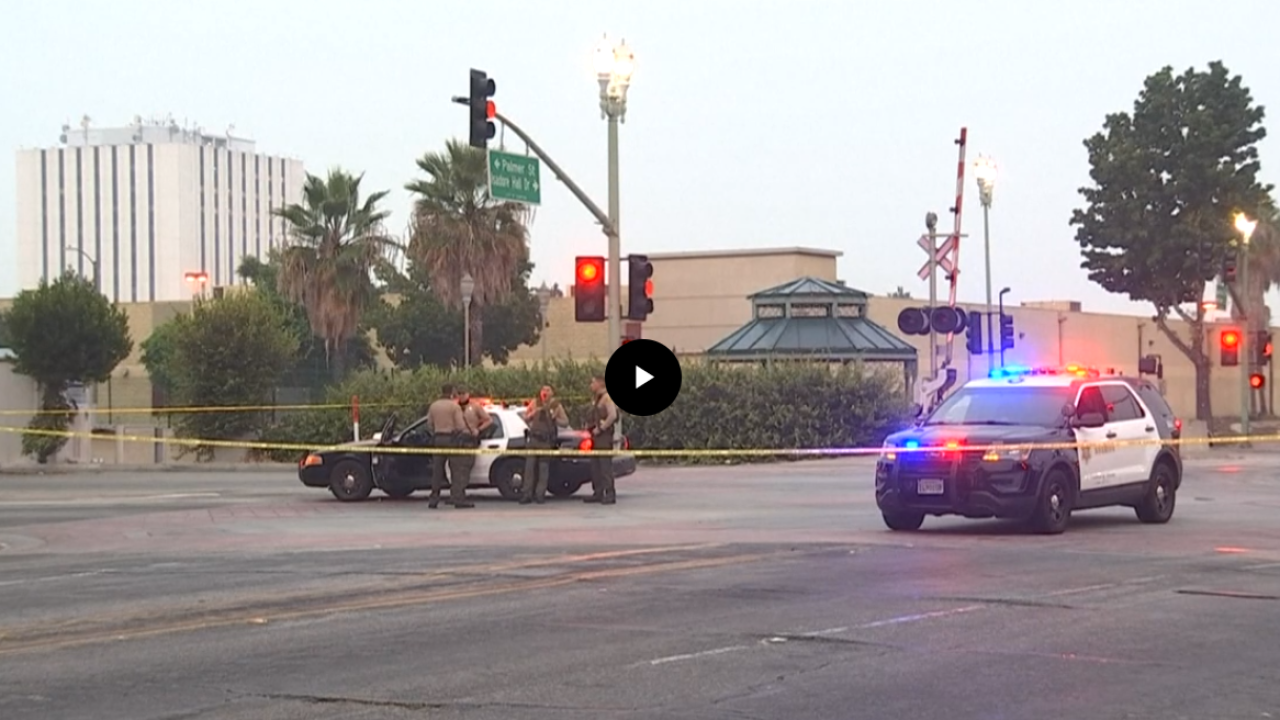 LOS ANGELES (AP) - Authorities were continuing the search for a gunman who shot and wounded two Los Angeles County sheriff's deputies in an apparent ambush in their squad car.

The department announced a $100,000 reward for information leading to an arrest.

Surveillance video shows a gunman with a pistol open fire on the deputies' patrol car.

A handful of protesters gathered outside the the hospital where the injured deputies were being treated.