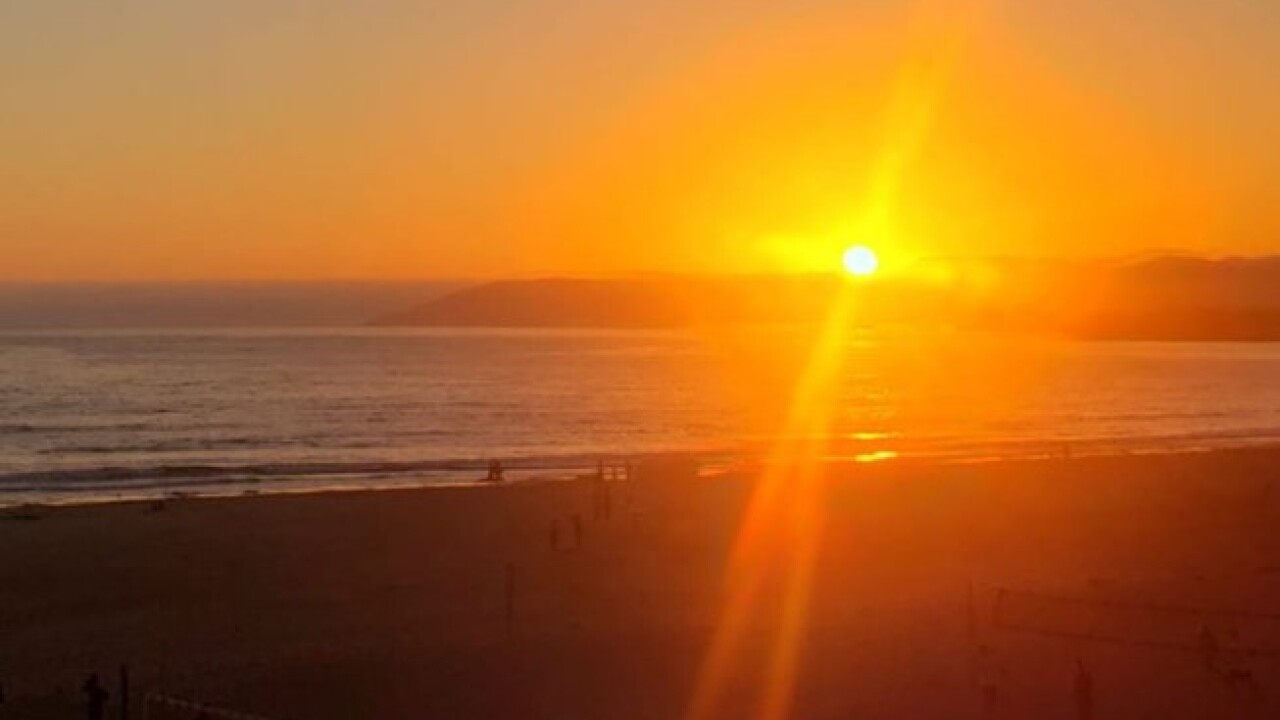 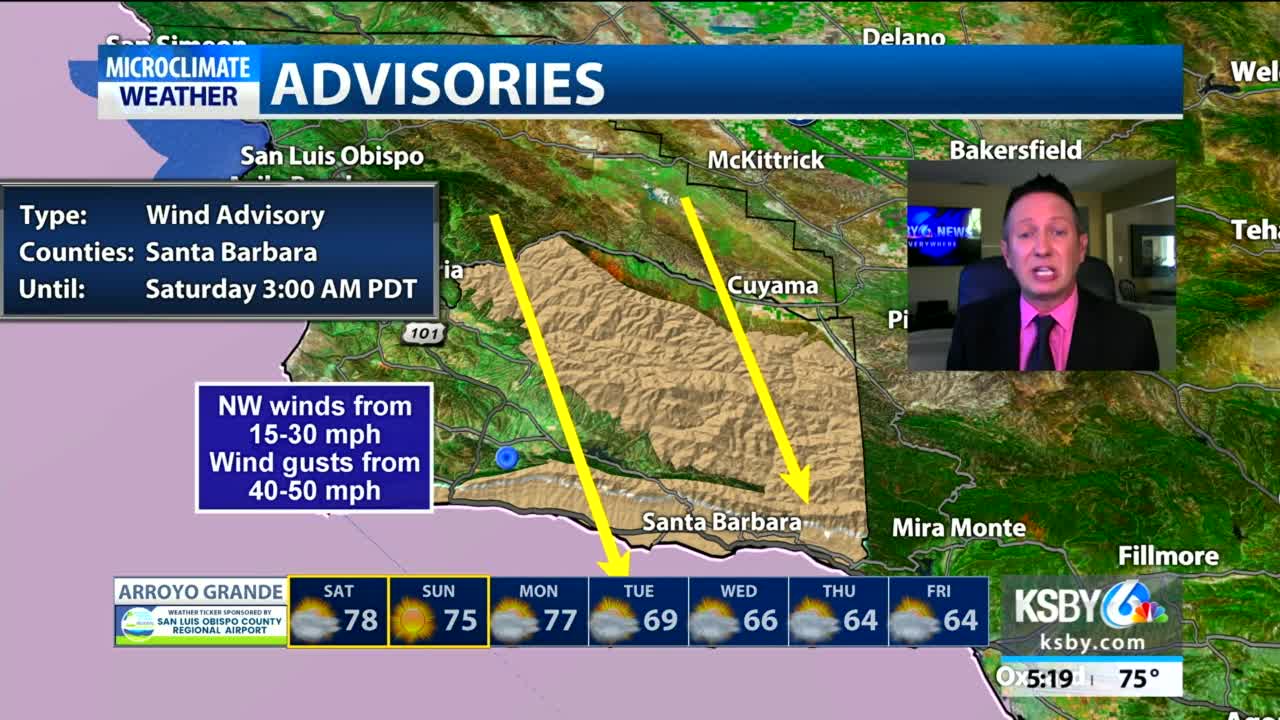 From the looks of skies near the coast this morning you probably wouldn't surmise that inland temps Saturday could top 105, but the heat advisories remain in place. Saturday looks like the warmest day but 100+ is still on deck for the SLO county interior on Sunday.

Away from the interior the SB Southcoast will have to watched carefully this evening as Sundowner winds are likely with 40-50mph gusts possible. Highs this weekend look to be in the upper 80s to low 90s there.

There will still be some marine presence and afternoon breezy to windy NW winds will help coastal areas come off the peak temps in the later afternoon and early evening.

Some weak to moderate offshore winds will start the days at the beaches and coastal valleys before the mentioned afternoon wind shift to the NW and increase to 15-25mph.

An upper-level low-pressure system will develop along California coastline on Wednesday and should bring decreasing winds, a deeper marine layer with night and morning drizzle and fog and much cooler inland and coastal valleys temperatures.