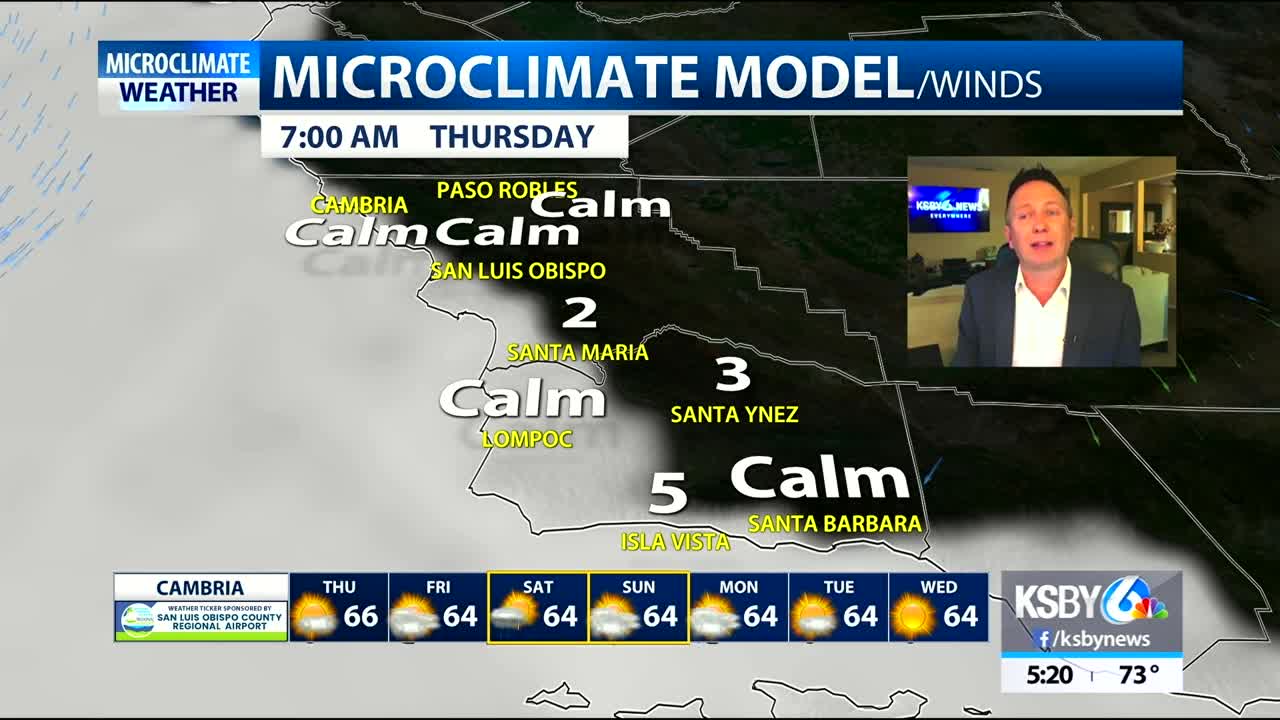 The Central Coast, and much of California, is under a dome of high pressure. This squishes the marine layer down and the cooling influence of marine air doesn't get into the interior valleys. So while the inland heat blazes on for another day with a heat advisory in place thru Thursday at 7pm, the beaches will start to see the clouds wanting to hang around much longer.

This is because the cold dense air will get trapped under a temperature inversion and there doesn't look to be enough in the way of wind flow to mix it out. It is possible the sun burns through the marine deck in some areas but the clearing looks to be partial. Coastal valleys will clear, however so it sets up another scenario like today where some temps are as much as 40 degrees from the warmest inland locations to the coolest beach locations.

Changes are coming for all however on Friday and Saturday. An upper low looks to cross over Central and Northern California. This low will do a few things: it'll deepen the marine layer allowing the interior to cool, it'll also produce some showers along the coast and into some of the valleys.

Amounts outside of the north coast of SLO county look low but it is something you don't see everyday in late-May.

Again the biggest element is the cooler temps, and once they set in they look to hang around. There is another jet stream trough that zips thru Monday into Tuesday. Yesterday it looked like this feature could cause showers as far south as LA county but today that feature still moves through but models like it as a dry trough passage. I think at this point I'll leave the showers out of the forecast pending more definitive agreement on this part of the forecast. Regardless, it will reinforce cool to mild temps linger into the middle of next week.