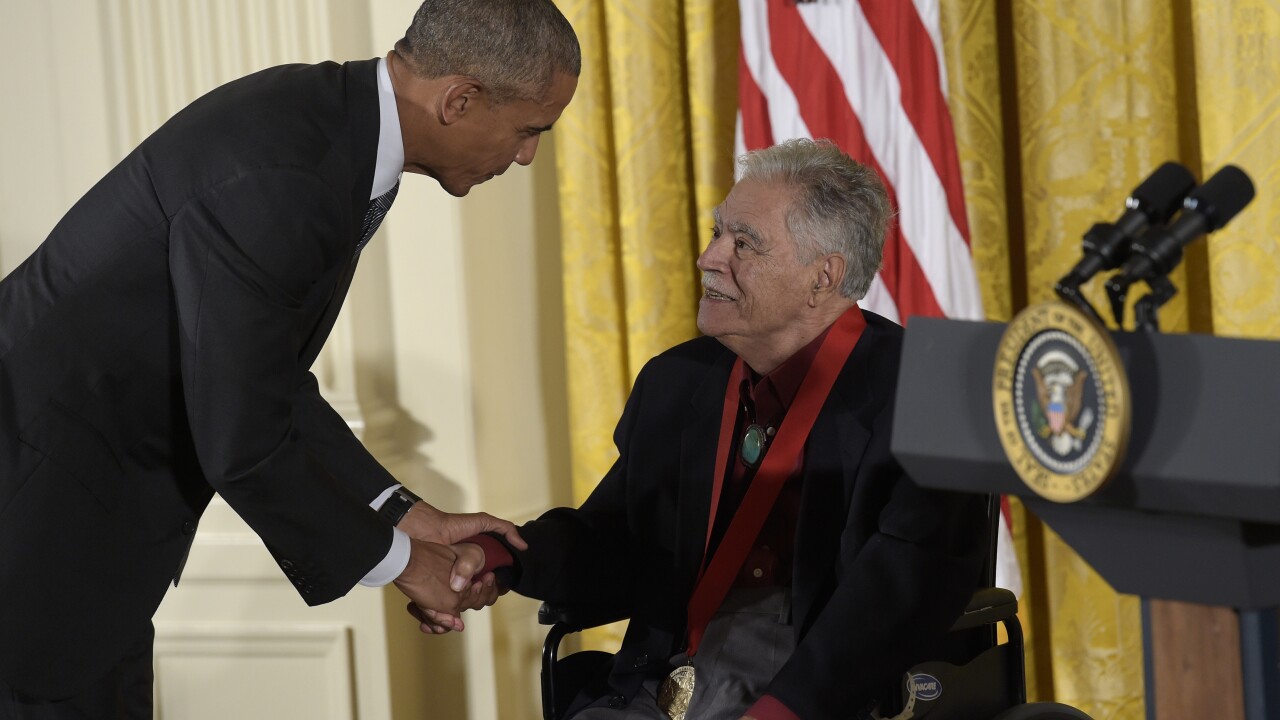 (Copyright 2020 The Associated Press. All rights reserved. This material may not be published, broadcast, rewritten or redistributed.)
Susan Walsh/AP
FILE - In this Sept. 22, 2016 file photo, President Barack Obama shakes hands with author, Rudolfo Anaya after presenting him with the 2015 National Humanities Medal during a ceremony in the East Room of the White House in Washington. (AP Photo/Susan Walsh, File)

RIO RANCHO, N.M. (AP) — Rudolfo Anaya, who helped launch the 1970s Chicano Literature Movement with his novel “Bless Me, Ultima,” has died. Anaya’s niece, Belinda Henry, says the celebrated author died Sunday at his Albuquerque, New Mexico, home after a long illness. He was 82. Anaya came onto the scene with his breakthrough work, “Bless Me, Ultima,” in 1972. The World War II-era novel about a young Mexican American boy’s relationship with an older curandera, or healer, influenced a generation of Latino writers. It was made into a feature film in 2013. In 2016, Anaya was awarded the National Humanities Medal by President Barack Obama.

Copyright 2020 The Associated Press. All rights reserved. This material may not be published, broadcast, rewritten or redistributed without permission.