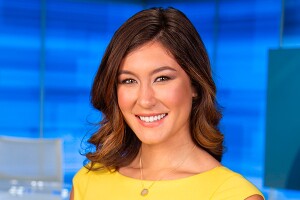 While at Cal Poly, she worked for Mustang News and Mustang Gameday and pursued internships as a baseball sideline reporter for ESPN 1280 radio, a San Francisco Giants Content Producer for SPORTalk and a content creator/correspondent for a startup social media company, UrbanAMA.

Megan is excited to be a part of the KSBY News team and stay right here on the Central Coast, only a short drive away from her family.

When she’s not out in the field, you can catch Megan striking a yoga pose, attempting to cook new recipes, or indulging in some of her favorite local sweet treats like ice cream and caramel apples.