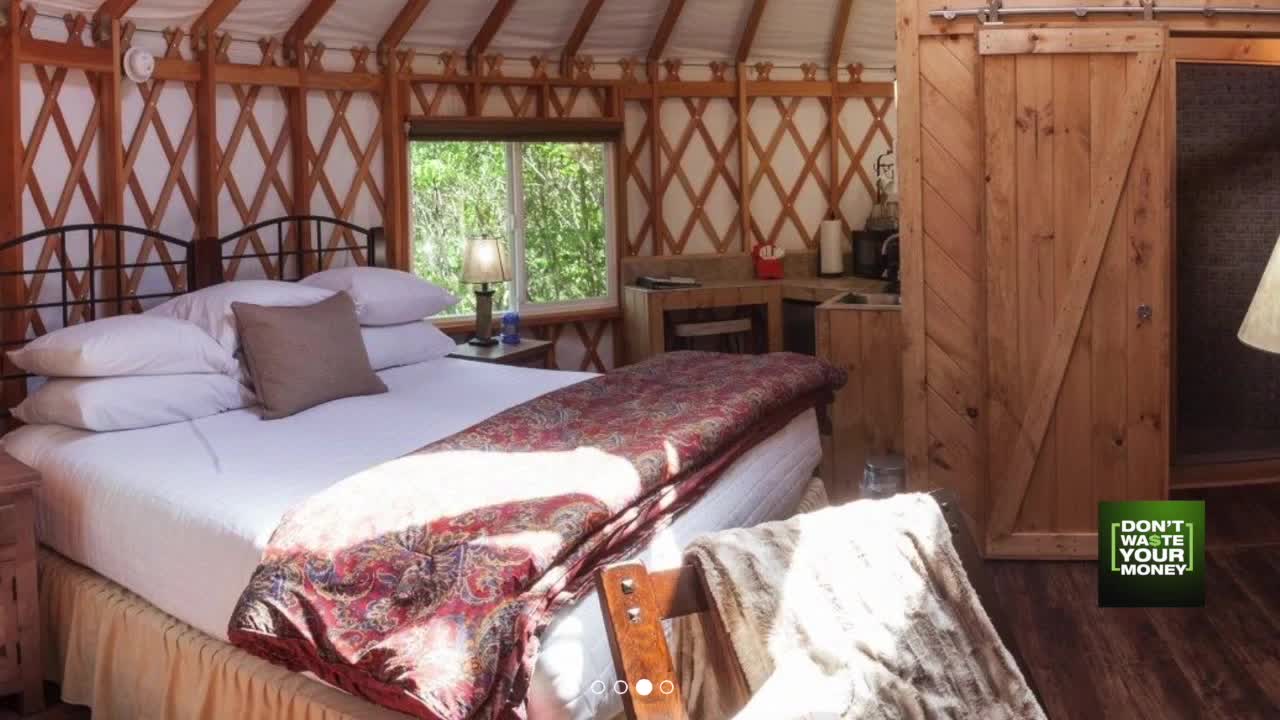 Luxury treehouses and yurts are the hottest glamping trends. 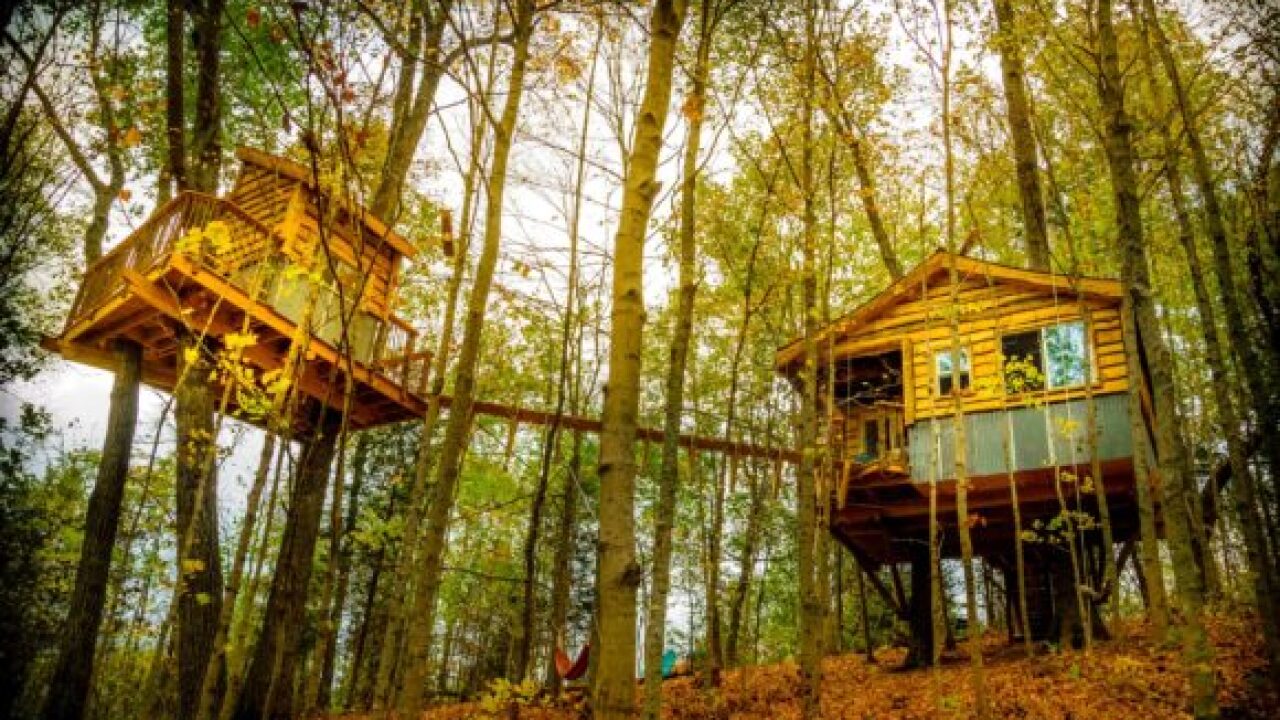 Missy Bricking has loved camping since she was a child. Unfortunately, her 8-year-old son, Caden, doesn't feel the same passion. At all.

"He doesn't share my love for the outdoors," Bricking said.

So when this real estate agent mom recently booked a night for the two of them in a treehouse, Caden "freaked out."

"Mom, what have you done," Caden said.

But then they took the drive to EarthJoy Tree Adventures in the hills of northern Kentucky, and Caden's world changed.

EarthJoy Tree Adventures and similar resorts are part of the "glamping" — or, glamour camping — trend. Instead of vacationing outdoors in tents, glamping allows people to experience the outdoors in high-end campsites, yurts, horse ranches, or in this case: treehouses.

Websites like HipCamp lists hundreds of them all around the country.

Caden couldn't believe what he was seeing. He and his mom were staying in an honest-to-goodness treehouse 10 feet off the ground — and it wasn't just a cabin on stilts. A tree even grew through the middle of the cabin.

The roughly 15-by-15 foot treehouse had a countertop, small cooking stove, a master bedroom and a loft bedroom upstairs.

Out on the deck, there was a slide down to a fire pit and outhouse. And best of all, it came with a locking door for safety and a window air conditioner for comfort.

"This is really nice. A lot more luxurious than I thought it was going to be," Bricking said.

Pete Nelson designed and built one of the treehouses. He's an internationally-known treehouse builder who has a show on Animal Planet.

Owners Bill and Shelly Byrne had dreamed of doing opening rentable treehouses for years. Their kids now grown, they turned their love of tree climbing into a glamping site.

"People love the tree climbing so much, we said, 'Why don't we help them live in the trees and be even more with the trees,'" Shelly Byrne said.

"We had actually wanted this since we were kids," Bill Byrne said.

Face it — rustic camping is not for everyone. So would-be campers might want to check out the newest ways to get away from the heat, the humidity and the bugs.

And it's not just treehouses, especially if you have a fear of heights.

Designed after the leather-lined large tents that popped up around Asia and the Mideast hundreds of years ago, yurts are large enough for a full bathroom, queen-sized bed and furniture.

There are yurts and other luxurious tents available to rent at campgrounds in almost every state, according to a blog on Hipcamp.

Prefer a train to a tent? Glampers can sleep inside a vintage railroad caboose at caboose campgrounds in nearly a dozen states, according to a report on My Frugal Home.

Glampers can also sleep in vintage Airstream trailers near Tucson, Arizona or Santa Barbara, California. And in Florida, glampers can rent a classic Volkswagen microbus.

All of them will create a camping experience kids will remember their whole lives.

Back at EarthJoy Tree Adventures, Alex Siska was glamping with her 3-year-old daughter in a double treehouse connected by a bridge.

"There's the outhouse, you have a little cabana tent here, a lot of people set up hammocks here," Siska said.

Bricking agreed that Earthjoy's treehouses were "something unique and different" for the kids.

There is one downside of glamping — it's not exactly cheap. Owners pay tens of thousands of dollars to build yurts and treehouses, so don't expect KOA-level prices. Many glamping sites are in the $150 to $200 a night range.

But for families like the Brickings and Siskas, it's well worth the extra cost. This is a memory that will stay with them forever.

"Just to get away from technology, get off the grid and connect to your heart is an incredible experience," Earth Joy owner Shelly Byrne said. "We always say people come in their minds, but always leave in their hearts."