Update (7:50 p.m.) – Investigators with the San Luis Obispo Police Department stopped each car that drove in and out of Prefumo Canyon on Monday evening, asking the driver and occupants if they had seen a red Chevy S-10 Blazer in the canyon on the night of January 9, 2018 or if they had noticed anything out of the normal.

Paul Villa’s family has owned property in the canyon for 70 years, but never expected to see search and rescue crews combing the creek that runs along his property line. "I had heard that there was a missing girl so of course when it’s right there next to your property it… It shakes you up," he said.

Villa says many people use the canyon, with different or new cars passing through often.  But being stopped by investigators on his way home is new.  "When you come down the hill and you see all these cars down there and people doing an investigation it makes you think twice about what’s going on in your neighborhood that’s for sure."

Other residents have been left shaken as well.  "I’ve been kind of feeling a little bit uneasy you know in the canyon here," Timothy Kershaw said.  Kershaw lives down the road from where Marti’s body was found and says while he didn’t want to believe it at first, the location made sense.  "It’s really kind of remote so I mean in some ways kind of makes sense that people come here to be alone or maybe do something that might be off the radar," he explained.

Investigators will be stationed at the entrance of Prefumo Canyon until 9 p.m.  They are asking anyone who may have seen the Chevy S-10 Blazer, pictured below, in Prefumo Canyon between 6 p.m. and 10 p.m. on the night of January 9, 2018 to contact the Department with that information.  They are not looking for the car, it is currently in their possession, they are only looking for those who may have seen it and it’s occupants that night.

The San Luis Obispo Police Department is seeking information from the public about a "vehicle of interest" in the Kristen Marti investigation.

Marti’s body was found in a creek in Prefumo Canyon on Sunday, March 25 during a planned search for evidence related to her disappearance.

The 26-year-old was reported missing in January. Police said she was last seen with a man in a parked vehicle along Prefumo Canyon Rd. on Jan. 9.

On Tuesday, investigators released a photo of what they say is a vehicle of interest in the case. The red 1995 Chevrolet Blazer is currently being held in evidence at the police department. 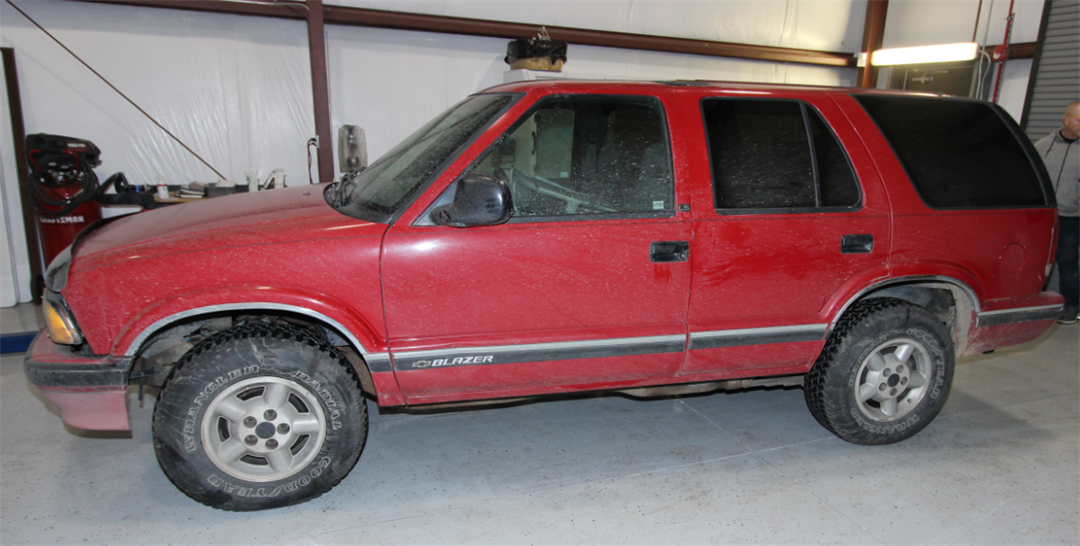 Police are asking anyone who saw this SUV in the Prefumo Canyon area on Jan. 9 from about 6 p.m. to 10 p.m. to contact the San Luis Obispo Police Department or Crime Stoppers at (805) 549-STOP. Tips to Crime Stoppers can be made anonymously. You can also submit a tip online or text a tip to Crime Stoppers by texting "SLOTIPS" plus your message to CRIMES (274637).

In hopes of jogging people’s memories, the police department reminds the public that Jan. 9 was the same day as the mudslide in Montecito.