Woman dies days after being hit by bus in Santa Maria

A bicyclist who was involved in a crash with a Santa Maria transit bus last week has died, according to her family, who has identified her as Veronica Zamora.

The Santa Barbara County Sheriff’s Office confirmed Thursday that Zamora died about a week after the collision.

The crash happened on the early evening of Monday, April 2 at the corner of Caballero and McCoy Lane.

City officials previously said the bicyclist was in the bike lane at the time of the crash, but police said Thursday that aspect of the investigation is not clear.

"That’s not information that is correct with the physical findings that the officers are looking into," said Lt. Russell Mengel, Santa Maria Police Department. "And that’s one of the things that’s creating a delay now. Was there something that was missed in the original investigation or the original statement obtained from the driver?"

City officials say the bus driver, who is a contract employee, is on administrative leave and that a toxicology report found the driver was not under the influence of drugs or alcohol at the time of the crash. Police say they will be doing their own toxicology reports on the driver and the victim.

Zamora was flown to Santa Barbara Cottage Hospital with major injuries after the crash.

Her son, Cristian Perez, says her organs were donated to help others. 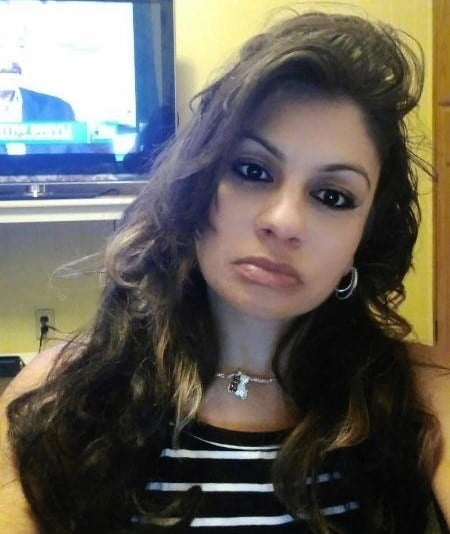 The family has created a  GoFundMe page with the goal of raising $12,000 to cover funeral and memorial costs. Other fundraisers, including a car wash at the corner of Donovan and Broadway on April 15 and a BBQ at the same location on April 21, are also planned.

On Wednesday, investigators recreated the scene of the crash, closing off McCoy Lane for part of the day.

Lt. Mengel says the traffic collision reconstructionists will put together a "comprehensive package" as part of their crash investigation. That report will be forwarded to the Santa Barbara County District Attorney’s Office to decide if any charges will be filed against the bus driver.

The scene of the crash on April 2. (Photo courtesy Santa Maria Police Department)