(UPDATE 8:25 a.m.) – An estimated 300 students were in attendance shortly before 8:30 a.m. for the protest. They planned to take the protest to the streets and march down Grand Avenue.

Hundreds of students are expected to turn out Friday for a protest following the recent blackface incident at Lambda Chi Alpha fraternity.

The 2-hour protest, called, "Open House Day of Action," began at 8 a.m. in the Rec Center parking lot. As of 8:20 a.m., things remained under control. 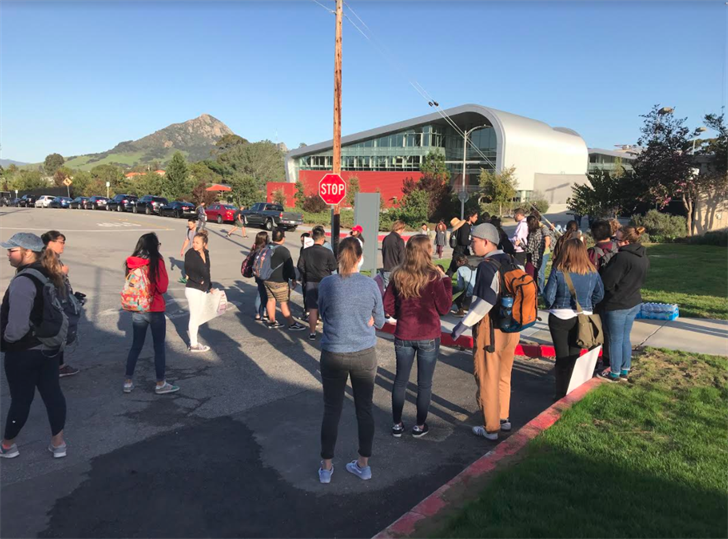 Students began to gather in the Rec Center parking lot on the Cal Poly campus Friday morning for the planned protest. (KSBY photo)

Cal Poly President Jeffrey D. Armstrong arrived at the protest prior to its start and could be seen speaking with student leaders.

While the protest comes just days after a photo of a fraternity member with his face painted black, taken at a brotherhood event last weekend, sparked outrage in the campus community, event details state the protest is about more than just that.

"With Milo Yiannopoulos coming to campus, students doing black face, serial rapists walking free on campus, tuition and fees rising endlessly, and 1 in 4 students hungry–enough is enough," reads the Facebook post. "Join current students and their allies as they show prospective students and their families that they are not okay with campus climate, or how Armstrong’s administration has handled the past year’s crises. Bring a reusable mug, a sign if you have one, and your energetic self."

As of Friday morning, nearly 400 people had RSVP’d. 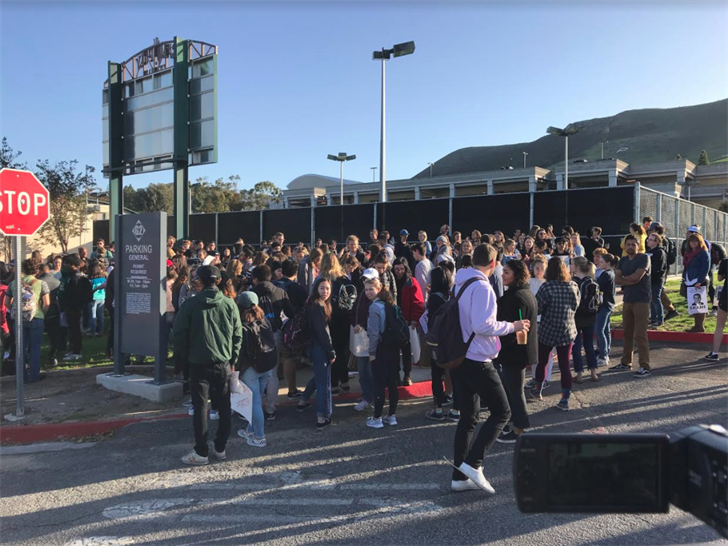 Hundreds of students filled the Performing Arts Center to address Armstrong and other campus leaders. Armstrong also addressed them.

"We’re sorry that this happened and I wished we had done some things differently to have prevented this from happening," he said.

Armstrong also said it’s unlikely the student from the blackface photo will be expelled since his act will presumably fall under protected free speech.

Those who spoke expressed concern about the diversity on campus and the university allowing Milo Yiannopoulos to speak again.

Friday morning’s protest is the first of a handful of protests planned for the coming days on campus as Open House events get underway.