Gianna Brencola, the young woman accused of driving drunk and killing Cal Poly student Kennedy Love last year as he was riding his bike, pleaded no contest Monday to several charges as part of a plea agreement.

Brencola faces up to 10 years in prison for felony vehicular manslaughter while intoxicated, fleeing the scene of an accident resulting in death, and other charges. 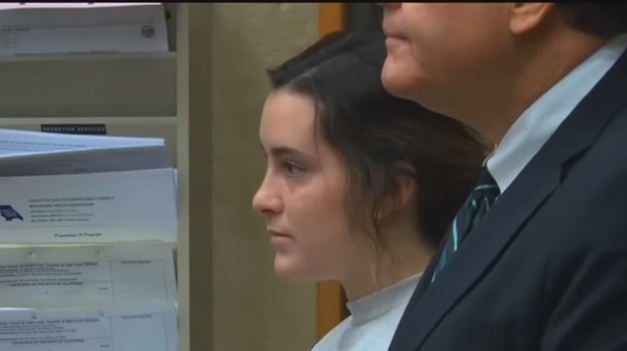 "The plea was open, meaning there was no commitment to any particular sentence," said Assistant District Attorney Eric J. Dobroth. "(Deputy District Attorney) Chase Martin has submitted a well-crafted sentencing brief recommending a prison commitment. I assume that defense counsel, Paul Phillips, will argue for probation."

Brencola was 17 years old at the time of the crash but is now 18 and being tried as an adult.

San Luis Obispo Police officers say the Los Osos teen was driving drunk on Foothill Boulevard last August when she crashed into 22-year-old Kennedy Love. Officers say she got out of her car in a nearby parking lot, checked the damage, then drove away.

A few hours later, police located the vehicle believed to have been involved in the crash and, after contacting the registered owner, officers say Brencola confessed to hitting the bicyclist and drinking before the crash.

Love, 22, was a landscape architecture student at Cal Poly who lived near the scene of the crash. A ghost bike was installed in his memory.

The California Highway Patrol says Brencola was also at fault for a head-on crash last April that injured two other people. She was not prosecuted then.

The district attorney’s office says Brencola is scheduled to be sentenced on Wednesday.