Cal Poly announced Tuesday that all of the university’s Greek Life has been suspended after a new incident of racial profiling and cultural appropriation came to light involving Sigma Nu. 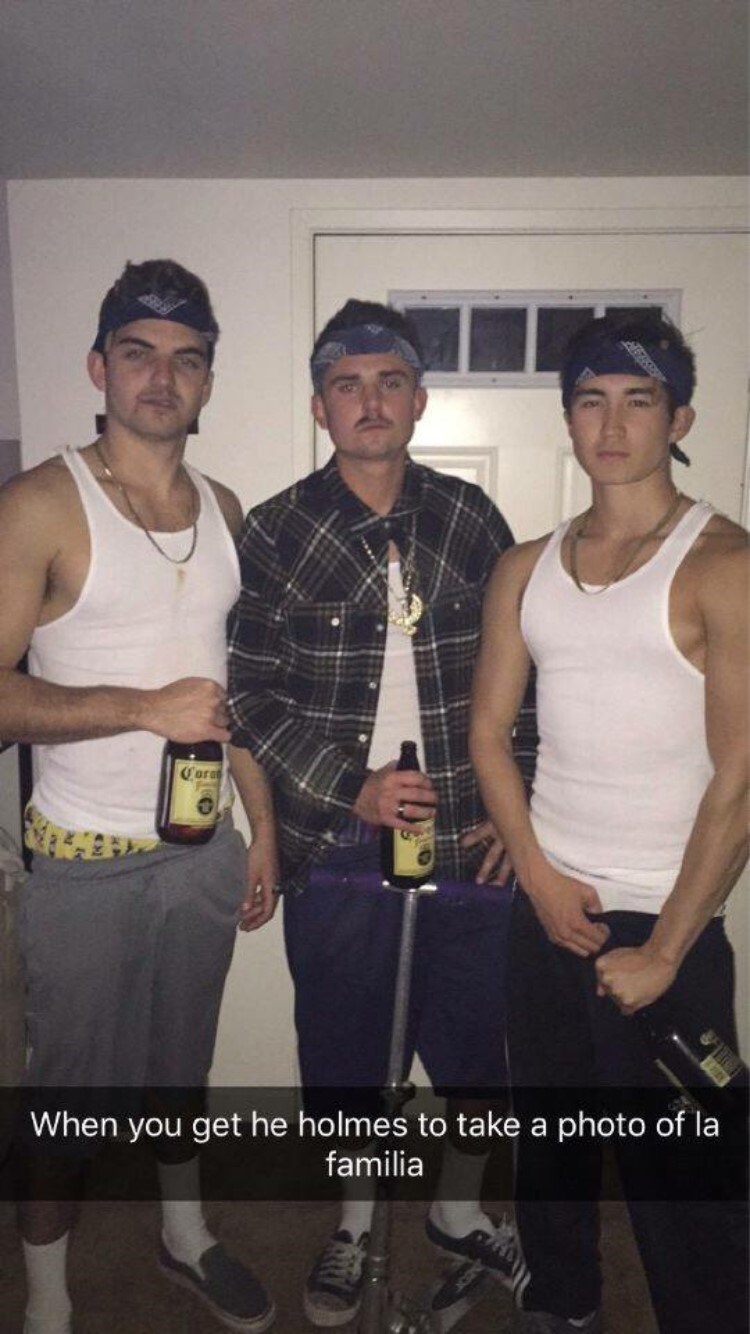 A photo taken six weeks ago shows three Sigma Nu fraternity members at what the fraternity says was a non-affiliated event on March 3. The young men are dressed in "white ribbed tank tops, bandanas, sagged pants, a fake mustache and other inappropriate attire, which displayed clear cultural misappropriation," Sigma Nu said in a statement.

The three members in the photo have been identified as Cruz Calderhead, Elijah Lax, and Preston Stebel. They have been suspended indefinitely.

This incident is now in question following protests last week over a Lamda Chi Alpha fraternity member pictured in blackface at a party.

The Cal Poly Interfraternity Council said: "This conduct is disgusting and inexcusable …we strongly condemn this behavior. We firmly commit to hold our community accountable to the values we strive to live by. The IFC expects any chapter with members who participated in these activities to conduct an investigation and hearing to hold them accountable for their actions."

Now the entire Greek system is feeling the effects.

"I think it’s pretty ridiculous that it’s all suspended," said one first-year Cal Poly student. "I think somebody made a mistake and that should be addressed but to punish everybody based on a generalization that everybody in Greek Life is now punished is crazy."

President Armstrong says the suspension isn’t to punish people who have not broken any rules and are active in philanthropy but to say, "Greek culture as a whole is broken. Too many people have been hurt by the actions and by the failures to act of Greek organizations at Cal Poly. This stops now."

"I think it stinks for people who are a part of Greek Life and didn’t have anything to do with it, but at the same time it will hold other people accountable," said one second-year Cal Poly student.

"Greek Life is a privilege at this university and until all fraternities and sororities are conducting themselves in a manner that is respectful of all students – as well as holding each other accountable – they will not have a place at Cal Poly," said President Armstrong.

Some students did feel Armstrong was making progress with students of color but say even more should be done.

The president says this suspension of Greek Life is not to get rid of Greek Life at Cal Poly permanently but rather to "pause and reset."

The suspension does not apply to campus multicultural fraternities and sororities.