The 911 calls from the night a suspected drunk driver tore through a Nipomo neighborhood have been released.

It happened at around 1:45 a.m. on Saturday, April 20. Part of the incident was caught on security footage.

"I’m struggling a little bit to get to work because that was the only truck I had," said Raul Castro, Nipomo resident.

Castro’s parked truck was hit twice. Surveillance video shows the truck on its side before flipping back over.

Castro woke up to the crash and saw the driver had taken off, hitting other cars and damaging front yards.

"That’s when I started chasing the truck down the street," Castro said. "I saw a guy come running towards me. I yelled to my neighbors, ‘Can you please get him? Please get him!’"

911 calls flooded into dispatch, while neighbors took matters into their own hands.

Dispatcher: "911, what’s your emergency?"
Caller: "There are people outside and it sounds like there is going to be a fight."
Caller: "A bunch of random people on the street. They are just fighting on the street. I think they got the driver. He was riding up and down the street crashing the car. They got the guy on the ground. There is three of them holding the guy down."

"He hit several cars; he was out on the street being beaten up. There was yelling and fighting, it was just a mess," said Katie Marke, Nipomo resident.

"I was chasing him and he pulled a gun out," Castro said.

California Highway Patrol investigators say that gun turned out to be an air pistol. Officers took the driver to the hospital and later arrested him on suspicion of DUI, hit and run and pointing a gun at neighbors. They say Alvarez was also unlicensed and had no insurance. 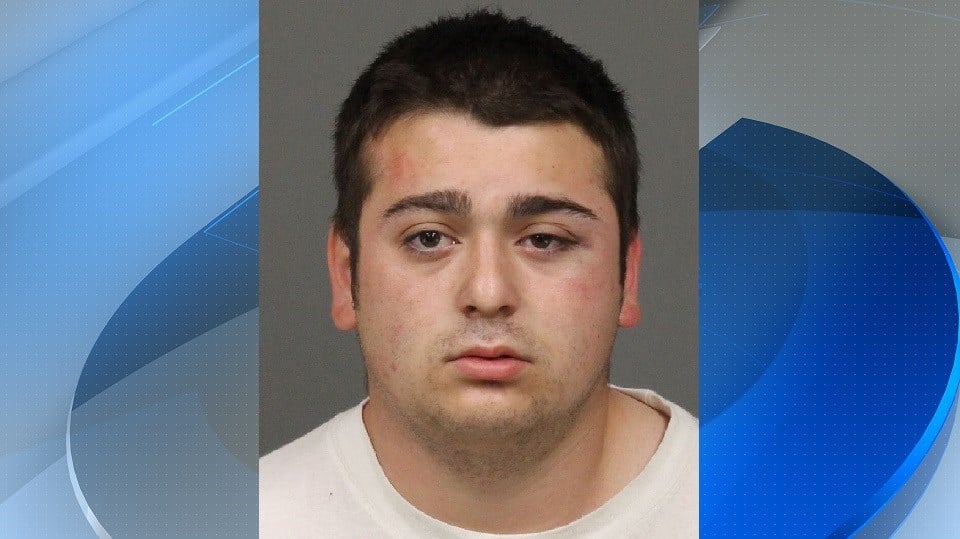 None of the neighbors were seriously injured during the takedown.