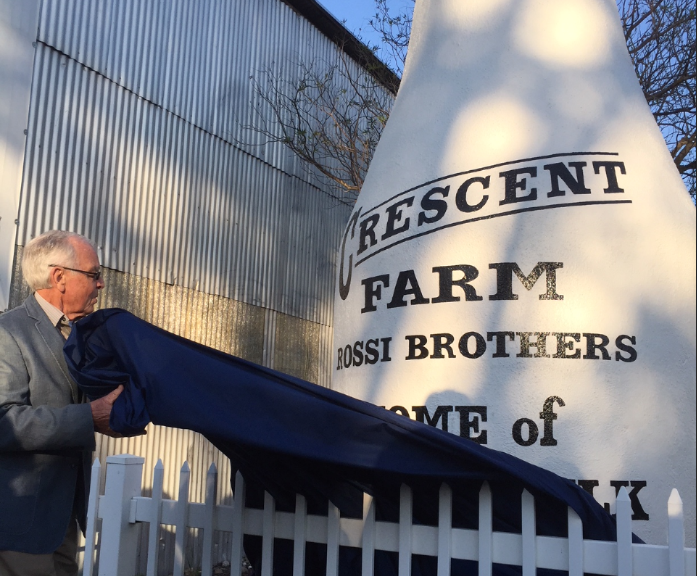 Dedication was made to a 12-foot tall, 80-year-old milk bottle on Wednesday at the Templeton Historical Museum.

The milk bottle became a landmark when it was originally built where the current Highway 101 is located near Vineyard Drive.

The historical landmark was constructed by Gregory Rossi in 1936-1938 to advertise the Crescent Dairy. 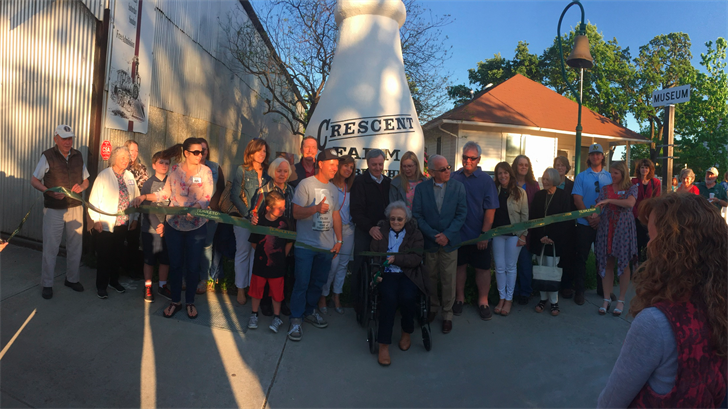 The milk bottle had to be moved due to the construction of Highway 101 and was donated to the museum by Tom McNamara who purchased the property.

Many members of the Rossi family attended the dedication, including Ray Rossi, son of Gregory Rossi.

The Rossi family has lived in the North San Luis Obispo County since the family’s patriarch Vincente Rossi arrived in 1892 from Switzerland. 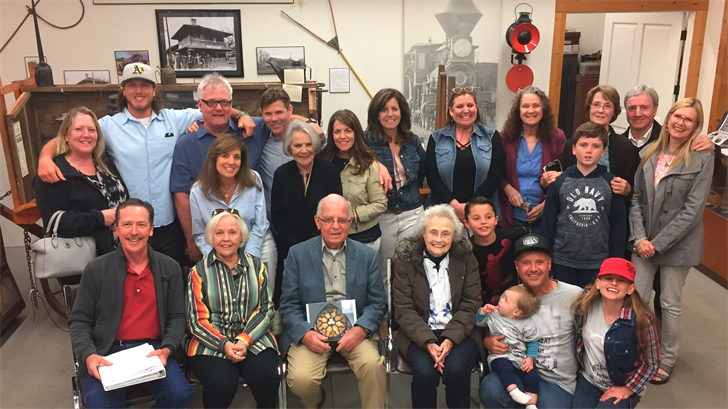