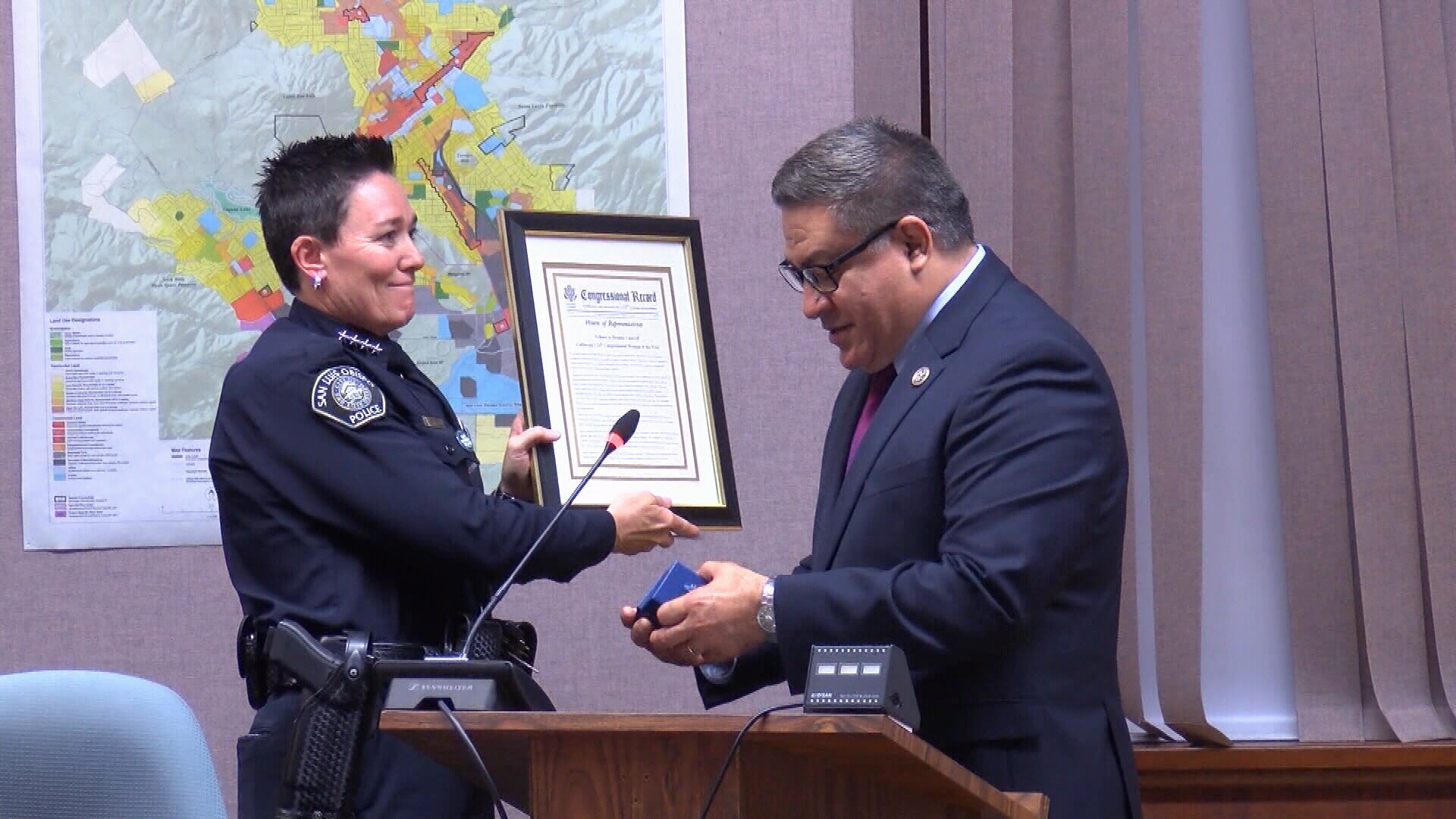 San Luis Obispo Police Chief Deanna Cantrell has been recognized as one of the 2018 Congressional Women of the Year.

In March, Carbajal selected Cantrell and four other women for the honor. Each will be written into the official congressional record.

Carbajal said that Cantrell has helped to facilitate dialogue between the San Luis Obispo Police Department and members of marginalized communities.