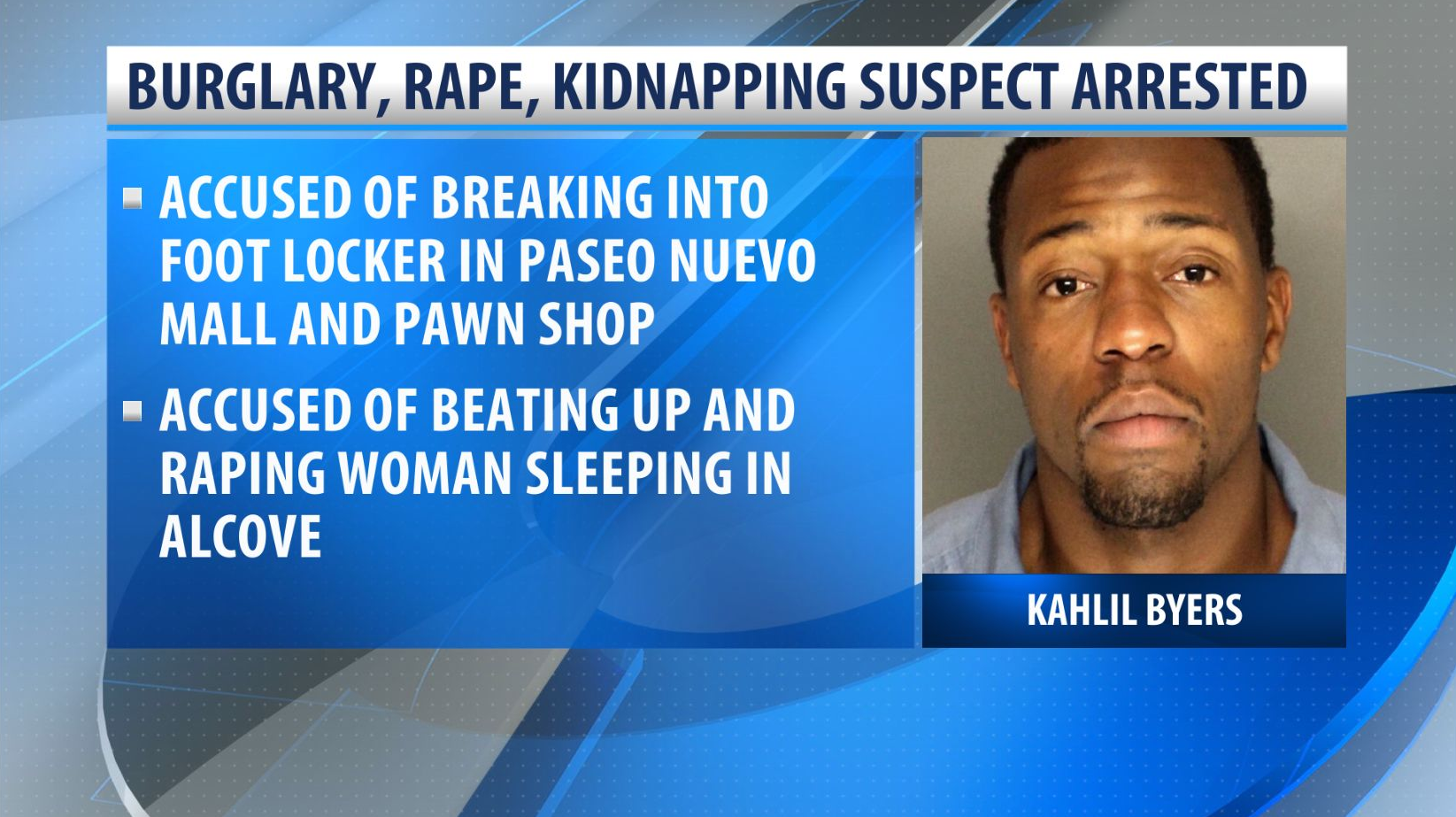 A man is in jail and accused of burgling a Foot Locker and pawn shop before raping a woman in Santa Barbara.

Byers is accused of breaking into the Foot Locker in the Paseo Nuevo Mall after 2:40 a.m. on April 18. Officers said he later broke into the Santa Barbara Jewelry and Loan. A witness said he was later spotted beating up and raping a woman who was sleeping in an alcove on Carrillo Street.

Officers said he ran off before he was later found.