Retired Navy Captain Charlie Plumb was the guest speaker. He flew fighter jets off an aircraft carrier in Vietnam, flying 74 missions before being shot down on his 75th mission. He spent the next six months in a prison camp.

He encouraged those in attendance to, when they see a vet, thank a vet.

The ceremony also included the playing of "Taps," a band playing military hymns, and military Jeeps lined up along First St. next to the park. 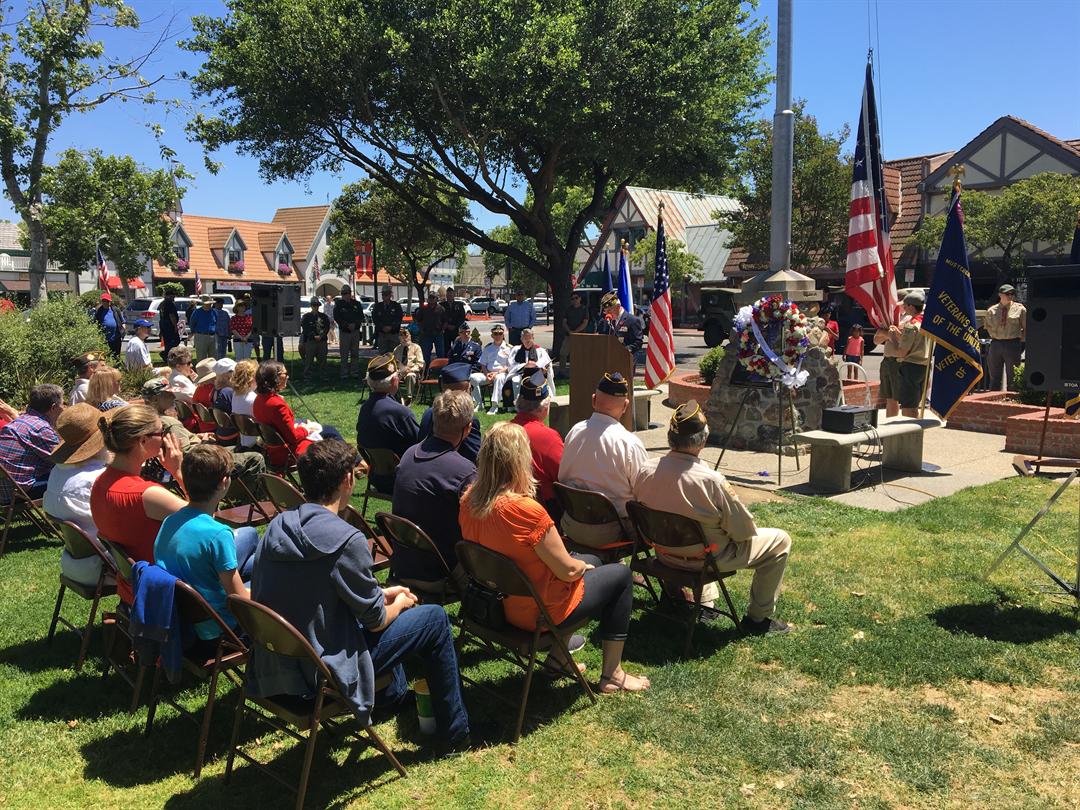