Locals gathered Monday at the Faces of Freedom Veterans Memorial in Atascadero for the annual Memorial Day ceremony.

Built in 2008, the memorial includes the names of more than 200 San Luis Obispo County service members who have died since World War I.

Monday’s ceremony included a flyover, presentation of the colors, and a bagpipe salute. War veterans in the crowd were also recognized for their service.

Organizers say everyone gives something when they serve in the military but the people named on the memorial wall gave everything.

"It’s a hard time for some veterans, harder for some than others, but it brings people together," said Al Fonzi, Atascadero Veterans Memorial Foundation President. "It’s not a war memorial, it’s a veterans memorial to remember their service and what they did and the sacrifices that were made for all of us."

The wall is considered a "living wall" in that new names can be added each year as they are presented for consideration to the Veterans Memorial Foundation. 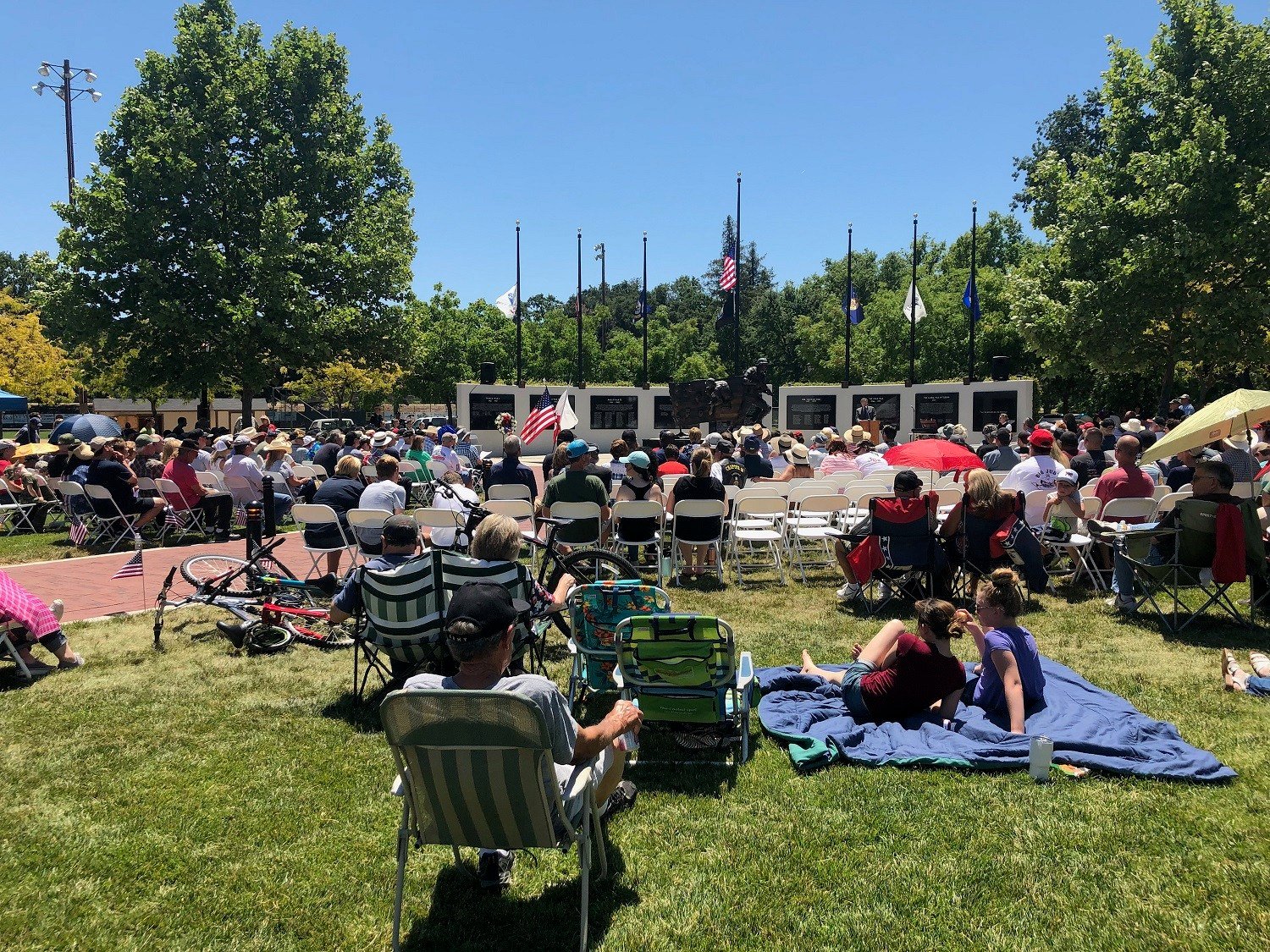