Cause of fire at ‘iconic’ Santa Margarita building under investigation

Flames ripped through an apartment building and the former home of a popular sandwich shop in Santa Margarita early Monday morning.

"I came out in the alleyway and was watching it and there was just huge flames everywhere," said Amanda Brown, Santa Margarita resident.

The Santa Margarita Fire Department says the call came in around 12:45 a.m.

"It was hitting like the telephone poles and the wires were sparking and the trees were like bursting," Brown continued.

A vacant apartment building was engulfed in flames. It spread to the front of the building located in the 22000 block of El Camino Real.

"It used to be the Santa Margarita Mercantile," Chief Murach added. "It was a sandwich shop and a little, small grocery store."

The shop closed its doors several years ago but was a staple for many locals.

She and other locals described the once popular spot as having the best sandwiches in town.

Hours after the fire, windows were shattered. Inside, the shop was visibly damaged.

The fire chief says the cause of the fire is under investigation.

Part of the Porch Café next door was also charred but is still open for business.

On the other side, a window of an antique shop was boarded up. 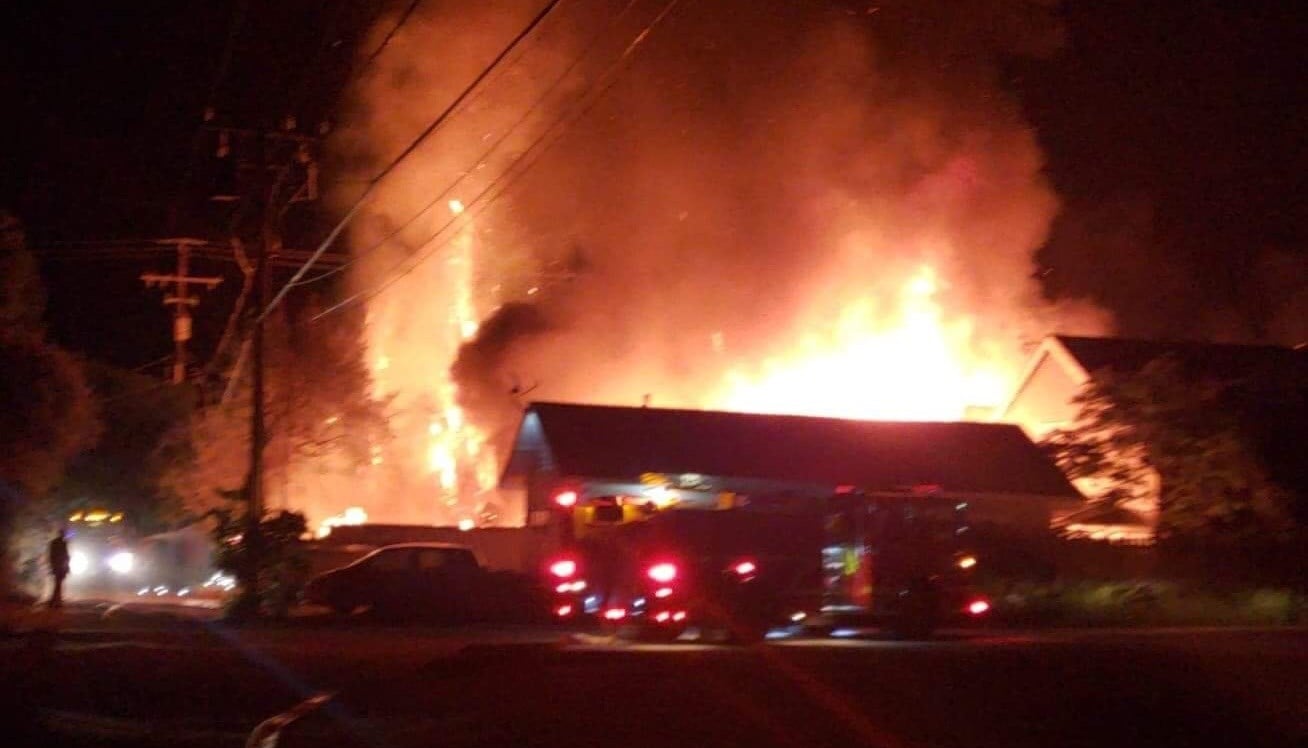