Jose Villagomez, one of two defendants in the Marilyn Pharis murder trial, entered into a plea deal Wednesday.

The jury in Villagomez’s case was released. However, the jury trial for co-defendant Victor Martinez continues.

The two were accused of breaking into Pharis’ Santa Maria home in 2015, raping her and beating her with a hammer. She died in the hospital days later. 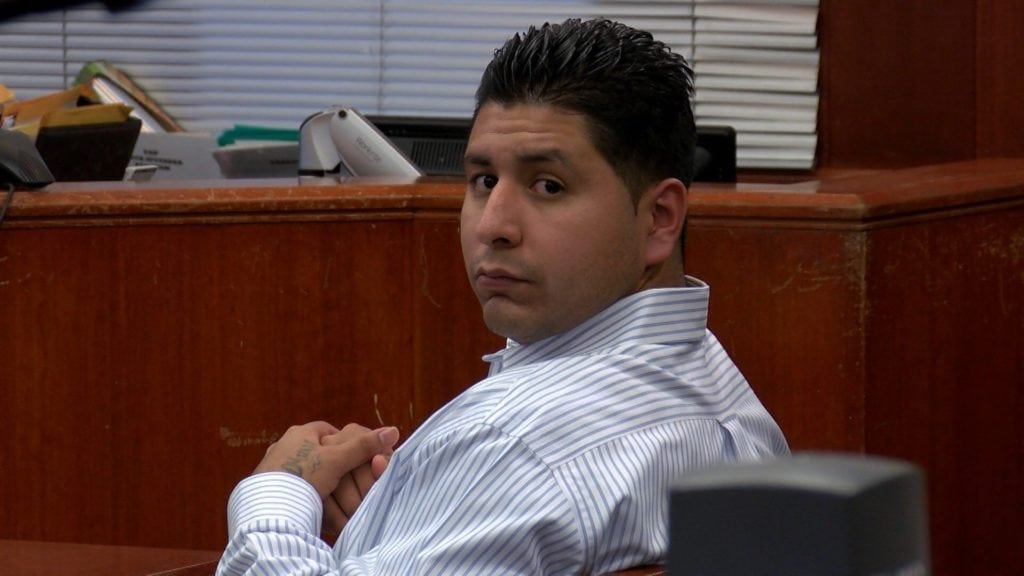 Jose Villagomez appears in court during opening statements in his trial on May 21, 2018. (KSBY photo)

Villagomez is expected to be sentenced to 25 years to life in prison when he returns to court on July 19. With time served, Villagomez’s attorney says he will serve about 22 years before being eligible for parole.