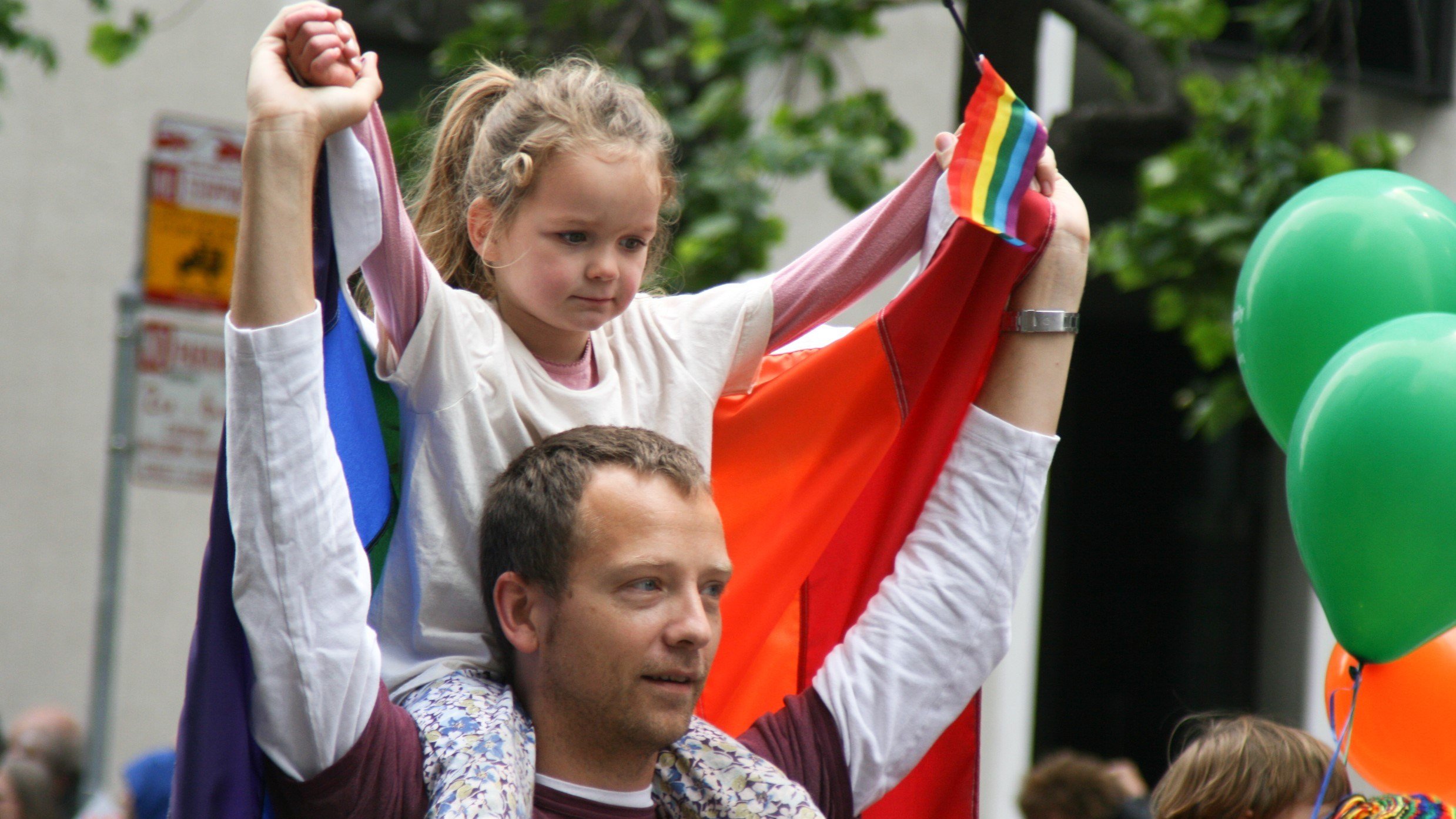 A gay father marches with his daughter in the San Francisco Pride Parade. (Photo by Caitlin Childs/Creative Commons)

California is banning state-funded travel to Oklahoma because of policies it considers discriminatory toward LGBT people.

Attorney General Xavier Becerra announced the ban Friday in response to a policy adopted in Oklahoma last month that allows private adoption and foster agencies to deny placements based on religious or moral grounds.

Becerra’s decision is based on a 2017 California law that bans state-funded or state-sponsored travel to states that authorize discrimination based on sexual orientation or gender identity.