UPDATE – As of 12:15 p.m., CAL FIRE said forward spread of the fire had been stopped at five acres. Firefighters were expected to remain on scene for approximately two hours. 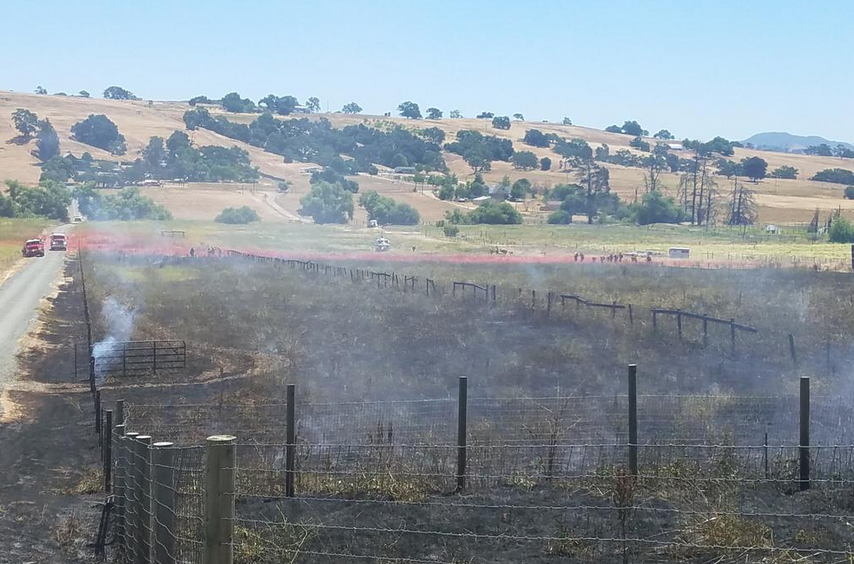 CAL FIRE crews were battling a grass fire that broke out in Huasna Tuesday.

The fire was first reported at about 10:45 a.m. near the intersection of Huasna Townsite Rd. and Bobcat Ln.

As of 11:20 a.m., fire officials said the fire had burned about five acres. Aircraft were reportedly making good progress on the fire.