San Luis Obispo police are looking for a man who allegedly exposed himself to a woman Monday morning.

Officers sent out photos of the suspect’s car to locals on the Next Door app saying the indecent exposure incident happened in the areas of Slack St. and Grand Ave. in a dark blue Ford Escape. 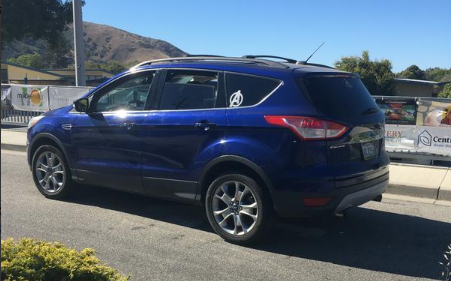 The suspect is described as 50 to 60-years-old, large build with salt and pepper hair and a beard.