The Santa Maria Police Department has identified the people killed in a crash at Stowell and Blosser roads on Friday, July 6.

The crash occurred at about 11:20 p.m. when police say a Toyota Tundra and a Cadillac Escalade collided in the intersection.

The three people in the Cadillac died at the scene. They’ve been identified as 47-year-old Leonicelle Abaigar of Texas, 52-year-old Necitas Santa Maria of Washington, and a 13-year-old girl from Texas.

Police say the driver of the pickup, identified as 27-year-old Jesse Angel Plata, Jr. of Arroyo Grande, was flown to Santa Barbara Cottage Hospital where he died a few hours later.

A fifth victim was reportedly taken to a local hospital but that person’s condition is unknown.

Police say an officer spotted the Toyota driving recklessly just prior to the crash. Traffic investigators are asking anyone who may have seen the collision to contact the Santa Maria Police Department at (805) 928-3781, ext. 2297. 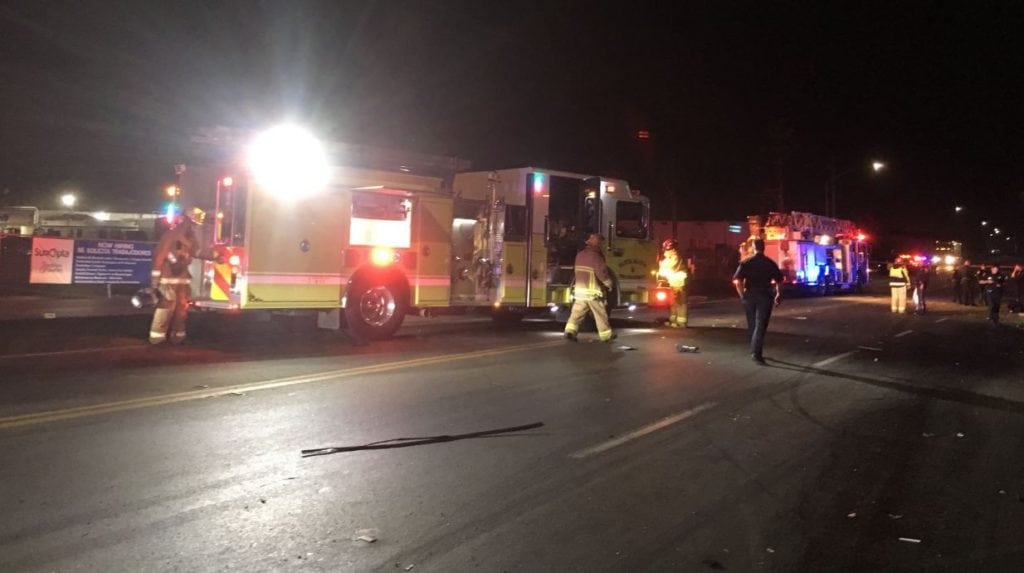